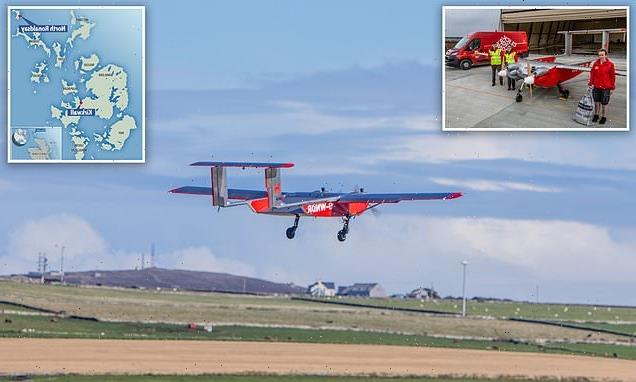 Drones are being used to deliver post to a remote Scottish island as part of a Royal Mail trial to reduce carbon emissions.

The company has started a two-week test of scheduled, autonomous flights between Kirkwall and North Ronaldsay in the Orkney Islands in conjunction with Windracers Ltd.

As well as reducing carbon emissions, it is hoped the trial will help better connect remote island communities.

The post is being carried by a large, twin-engine, UK-built unmanned aerial vehicle (UAV) named Ultra which can transport 100kg of post of all shapes and sizes – equivalent to a typical delivery round. 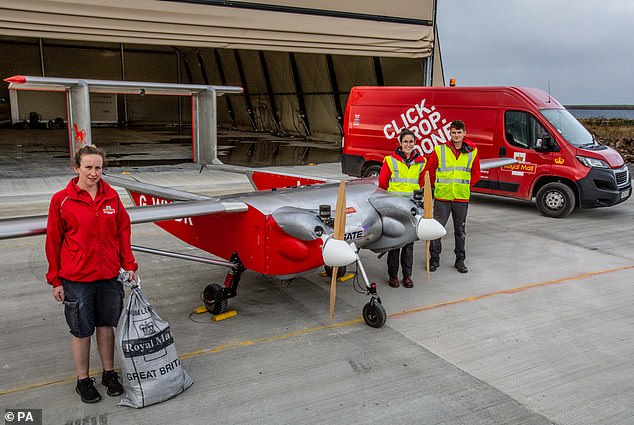 Letters and parcels will be delivered by the local postie in the usual way when they reach the island, which is further north than the southern tip of Norway and is home to around 70 people.

The trial is part of the Sustainable Aviation Test Environment (SATE) project based at Kirkwall Airport.

‘We care about delivering a brilliant service for all of our customers, wherever they live in the UK. We are also incredibly passionate about protecting our diverse and beautiful environments.

‘This trial is designed to help with both of these goals, using the most innovative technologies to support the remote and isolated communities we serve in the greenest way possible, Nick Landon, chief commercial officer at Royal Mail, said.

If the trial is successful, the technology will be considered by Royal Mail to support postmen and postwomen in delivering to very remote areas and addresses across the UK. 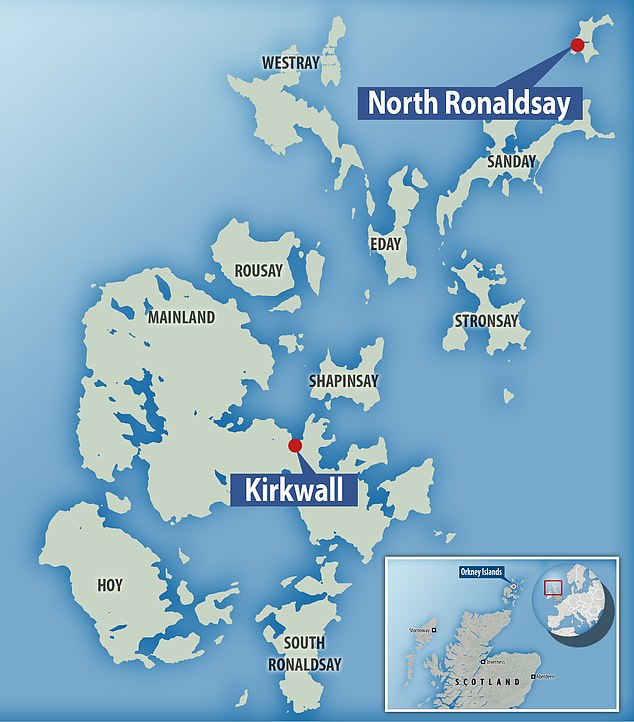 The company has started a two-week test of scheduled, autonomous flights between Kirkwall and North Ronaldsay in the Orkney Islands in conjunction with Windracers Ltd

UAVs can fly in poor weather conditions, including fog, because they are uncrewed, and unlike boat services they are not affected by tides.

‘North Ronaldsay is a very remote area of the UK and I’m proud to be involved in an initiative that will help Royal Mail to do all we can to keep all areas of the UK connected,’ local North Ronaldsay postwoman Sarah Moore said.

Charles Scales, chief executive officer at Windracers, said the firm is ‘delighted’ to be operating one of its Ultra UAVs to North Ronaldsay for Royal Mail.

‘Our autonomous system will deliver an all-weather service for the community and significantly lower carbon emissions.’

This is the third drone trial that Royal Mail has taken part in over the last year.

In December 2020, Royal Mail delivered a parcel via drone to a remote lighthouse on the Isle of Mull, which it said was a first for a nationwide UK parcel carrier. 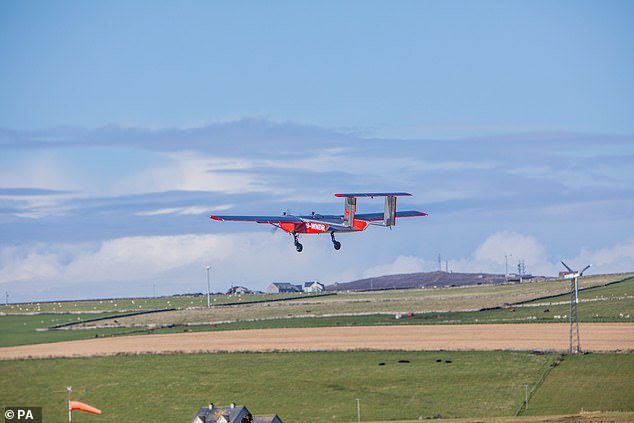 UAVs can fly in poor weather conditions, including fog, because they are uncrewed, and unlike boat services they are not affected by tides

In May 2021 it trialled an out of sight drone parcel delivery with Windracers Ltd, and the first inter-island deliveries on the Isles of Scilly which it also described as UK firsts.

The trial between Kirkwall and North Ronaldsay began on Monday and runs until Friday October 15, with flights taking place on weekdays.

The Sate project is funded by UK Research and Innovation (UKRI) via the Industrial Strategy Challenge Fund.

Dougie Cook, Highland and Islands Airports Limited (HIAL) general manager north, said: ‘This is a significant trial for UAVs that form an important part of the Sate project.

‘The facilities at Kirkwall Airport provide an ideal testing centre for this innovative application of UAV technology, which could bring practical benefits to the communities that HIAL serves.’