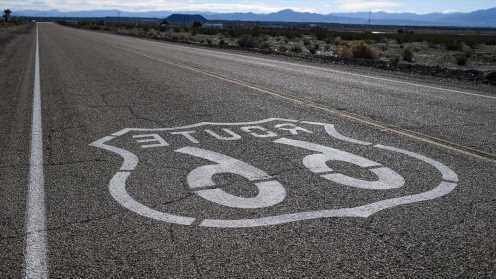 The city of Springfield, Missouri, announced Monday that it was canceling a major summer festival as COVID-19 surges in the region.

The Birthplace of Route 66 Festival, which was scheduled for Aug. 13-14 and typically includes live music and a classic car parade, has been called off for the second year in a row due to COVID-19. In 2019, the last year the festival was held, it drew 65,000 attendees over two days, and it was expected to host 75,000 this year, according to the city.

“With our region’s low vaccination rate against COVID-19, the resulting surge of infections are overwhelming our hospitals and making our community sick,” Cora Scott, director of public information and civic engagement for the city, said in a statement. “We feel it is just not safe to bring tens of thousands of people from all over the world to this community for any reason.”

In Greene County, where Springfield is located, vaccination rates are even lower than the statewide average. Just 39% of Greene County residents have received one dose of the vaccine, and 34% are fully vaccinated, according to state health department data.

Missouri is among a growing list of states that have seen rising infections, with new cases increasing 64% over the last two weeks, from 796 to 1,304, with a total of 9,100 cases per week, according data from the Department of Health and Human Services. Missouri, Arkansas, Florida, Louisiana and Nevada lead the nation with the highest weekly case rates per capita, which translates into more than 100 infections per 100,000 residents. New COVID-19 hospital admissions also rose 40% over the same two-week span.

In Springfield, which is in the southwest part of the state, the surge is straining hospitals and front-line workers say patients are becoming sicker more quickly.

Erin Baker, a nurse at Mercy Hospital in Springfield, told ABC News that the hospital has had seen an uptick in patients who needed to be intubated.

“A lot of healthier people, younger people in their 20s, 30s, 40s are getting this delta variant or COVID a lot quicker,” Baker said. “Their health deteriorates very quickly.”

Last month, the state health department warned that the delta variant, which is more transmissible than the original form of the virus and is especially dangerous to unvaccinated and partially vaccinated people, had “become prevalent in communities throughout Missouri.”