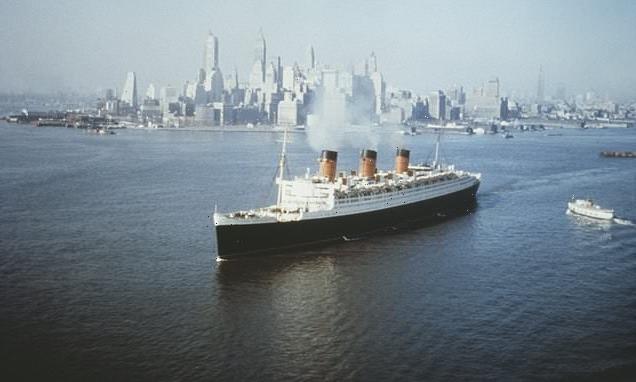 Who will pay to save rusty Queen Mary? Famed liner is in danger of SINKING without £16million of urgent repairs, documents show

She has carried VIPs from Fred Astaire to royalty – and was one of Britain’s largest troop carriers in the Second World War.

The Clydeside-built ship, which sailed the North Atlantic from 1936 to 1967, is rusty and neglected.

Court documents filed in California, where the ex-Cunard ship is berthed, warn she could capsize and sink. 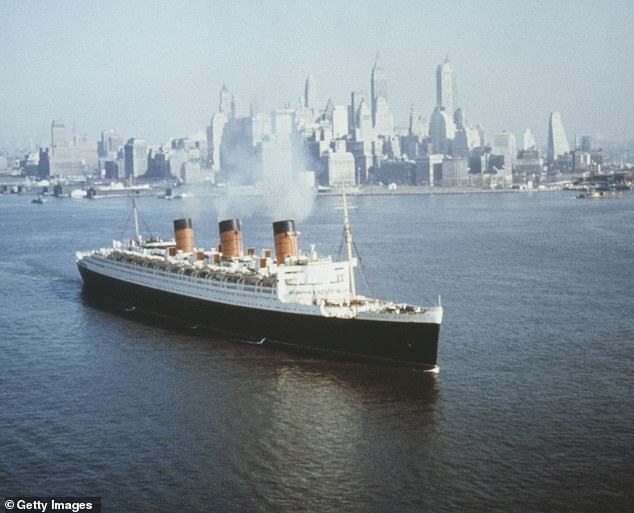 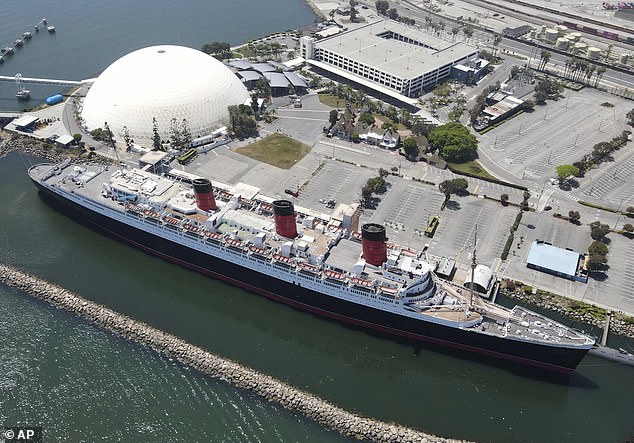 Queen Mary, is berthed in the city of Long Beach, where city officials refuse to pay for them after years of leasing the vessel to operators, the most recent of which has filed for bankruptcy

An inspection on April 28 revealed urgent issues that need to be resolved before passengers are let back in.

The ‘current status of bulkheads and lack of a functioning bilge pump system and flood alarm system could lead to flooding throughout the ship, potential capsizing of the ship and life safety and environmental issues to the extent that flooding occurred’, according to court documents.

A bilge pump system keeps water out of the vessel and prevents it from reaching critical areas, such as the engine room.

On top of that, the ship also has compromised sewage holding tanks with leaky pipes.

The Queen Mary has been closed as a tourist attraction for the past year due to Covid and the need for repairs.

City officials refuse to pay for the repairs and are casting the blame on Urban Commons, the latest in a series of leaseholders that have been responsible for the ship’s maintenance.

‘The city’s been trying to get the Queen Mary right for 40-plus years,’ Long Beach Mayor Robert Garcia said during a press conference last month.

‘It’s been from one leaseholder to the next. … It has not succeeded to the point where there has been the right partner and the right preservation plan in place.’ 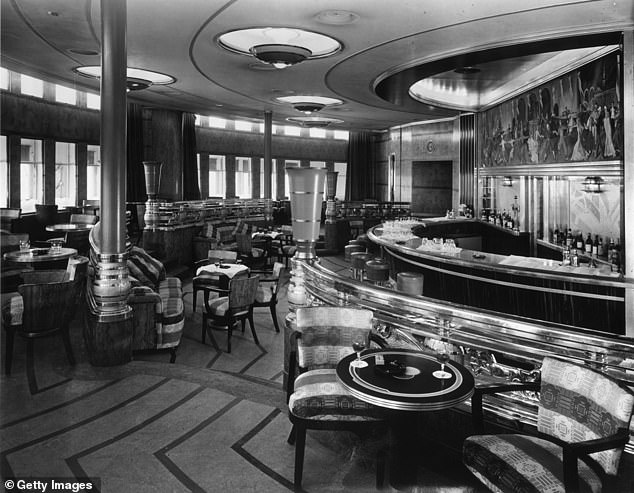 The former WWII troopship served as a vacation spot, complete with guest bedrooms and ballrooms, until its closure in May 2020 due to needed repairs and the pandemic

The city argues that Urban Commons has not completed £28.9million ($41million) in necessary repair work.

Additionally, the city claims the Los Angeles real estate firm owes them $200,000 in rent, and the Los Angeles County Treasurer and Tax Collector has filed two claims against the firm for unpaid property taxes worth over $6million.

The picture gets even muddier considering that Eagle Trust Hospitality, created by Urban Commons last year, filed for Chapter 11 bankruptcy in January, with debts towering over $500million.

However some have placed blame for the ship’s disrepair directly on the city’s mismanagement.

Ed Pribonic, who was the Queen Mary’s monthly inspector for nearly three decades up until 2019, told the San Diego Union-Tribune: ‘The city was never able to keep up with the maintenance on that ship, regardless of who they leased it to.’

Pribonic accused the city of often downplaying his reports about the state of the ship and expressed concern that its major issues – including asbestos and faulty electrical wiring – may not ever be fixed.

‘The amount of money and the amount of time it would take — I can’t see who’s going to step up and take on that responsibility,’ he said. ‘We’re talking hundreds of millions of dollars and years of work.’

A 2020 economic impact report shows that the city of Long Beach still has an interest in keeping the Queen Mary ashore, where it floats just 20 miles away from downtown Los Angeles.

The ship is a ‘top tourist attraction’ that brought over 1.5 million visitors in 2018, the report reads. In 2019, it hosted 50 events attracting 360,000 people who spent $70million throughout Los Angeles County.

It also generated $6.1million in taxes, most of it coming from property taxes.

In 1967, the Queen Mary began its last voyage from Southampton to Long Beach where it has been a tourist attraction, hotel and a destination for lovers of maritime history until now.

The ship’s website boasts a parade of famous visitors, including political figures such as HM Queen Elizabeth I and Robert and Jackie Kennedy, as well as celebrities like Audrey Hepburn, Bing Crosby, Elizabeth Taylor and Greta Garbo. 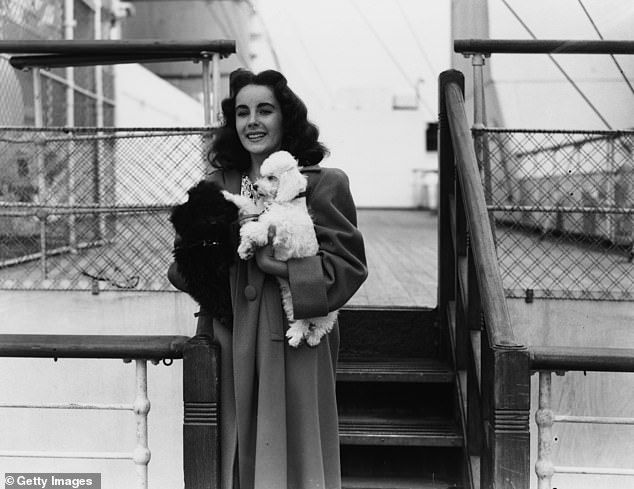 Actress Elizabeth Taylor was known for traveling aboard the Queen Mary ‘with her two poodles,’ according to the ship’s website 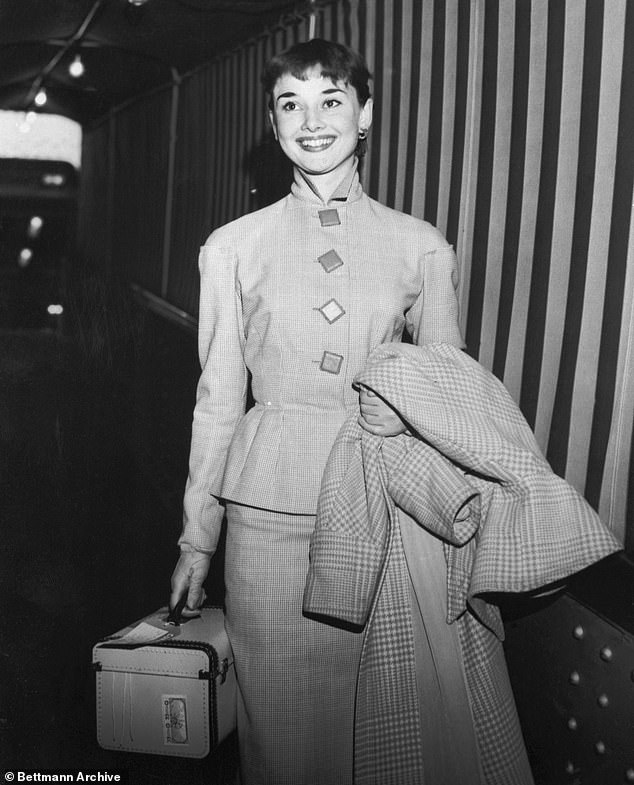 Before its retirement, the ocean liner was boarded by many known figures, including actress and fashion icon Audrey Hepburn 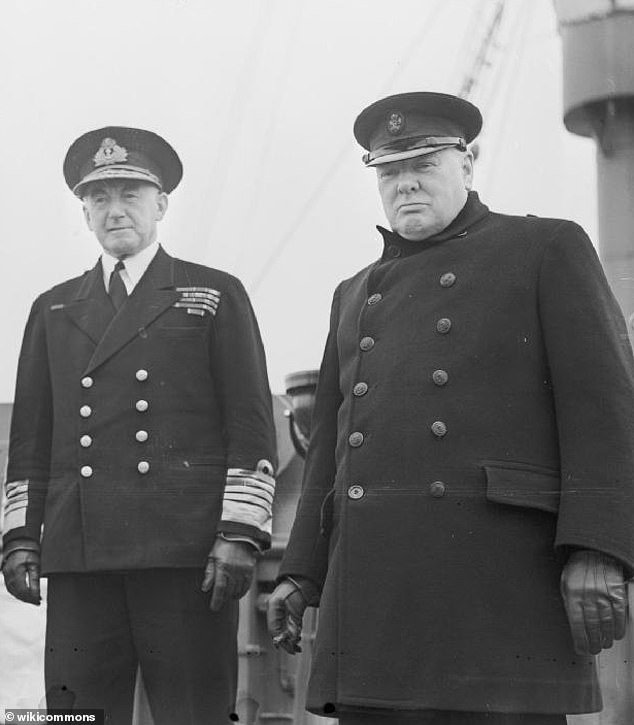 She was one of Britain’s largest troop carriers in the Second World War. (Sir Winston Churchill pictured on board in 1943) 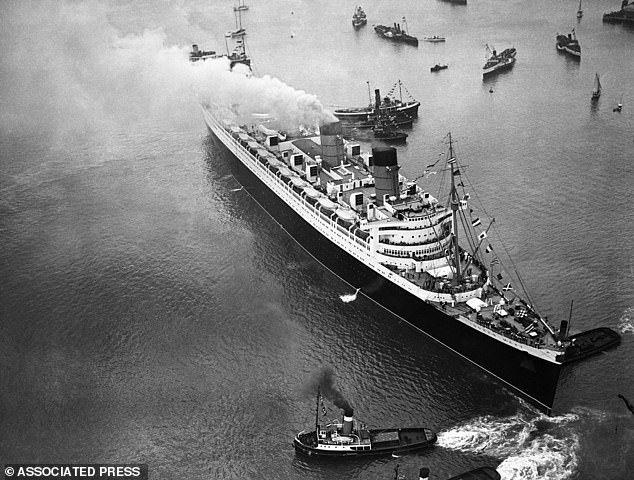 Court documents filed in California, where the ex- Cunard ship is berthed, warn she could capsize and sink. (RMS Queen Mary leaving on her maiden voyage, May 1936)

The ship has been a headache for the city and the many operators that have tried to keep up with the extensive work it needs to stay afloat.

The disrepair is extensive and steel is corroded and the hull has structural and integrity issues.

The Queen Mary’s boilers are not working meaning that hotel and restaurant guests have no way of staying warm.

The court documents state: ‘Urgent category work items…should be addressed immediately for safety from flooding in the next two years’.