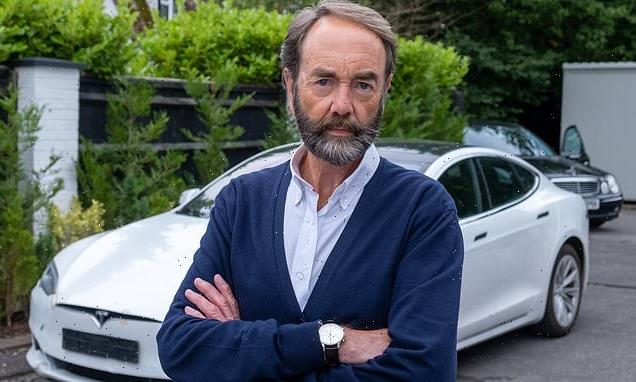 A motorist last night told of his horror when he fell ill on the M4 and crashed after workers had removed the hard shoulder to turn it into a new ‘smart’ motorway.

Restaurateur Robert Walton said he was unable to pull over and had to drive in agony for four miles because cones blocked off the hard shoulder during construction works.

Stuck between two large lorries, the 65-year-old president of the Restaurant Association of Great Britain said he feared for his life and blacked out from excruciating stomach pains while driving his Tesla Model S home to Berkshire from London on Tuesday evening.

His ordeal comes as National Highways, formerly Highways England, rolls out 300 miles of smart motorways – which use hard shoulders for live traffic – by 2025. Critics say they are ‘death traps’ and blame them for a spate of fatal accidents.

‘What happened to me was one of the most frightening experiences of my life,’ Mr Walton said as he recovered from the stomach bug at home in Pangbourne.

‘As the journey went on, I began to feel worse and worse. I missed the junction 11 services so had to carry on, especially as I wasn’t far from home.

‘Then I started to feel very faint and light-headed and I had a lorry behind me and lorry in front doing 50 miles per hour,’ he said. 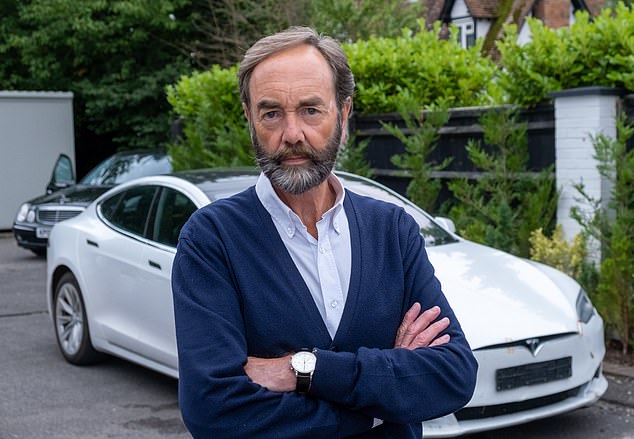 Restaurateur Robert Walton, 65, (pictured) said he was unable to pull over and had to drive in agony for four miles because cones blocked off the hard shoulder during construction works

‘There were cones all the way down the side where the hard shoulder is supposed to be, so it was impossible for me to pull in.

‘I became light-headed to a point where I think I might have fainted, but I can’t quite remember. I then managed to get off at junction 12 and was in such a state that I passed out, hit the bollards and crashed.’

Grandfather Mr Walton, who was made an MBE in 2017 for his services to the hospitality industry, was uninjured in the collision with a hedge by the slip road, but he feels lucky he was not badly hurt.

He said: ‘In the old days, I would have pulled on to the hard shoulder but now there is nowhere to do that.

‘My situation could have been so easily avoided if there was somewhere safe to stop.’

An independent report recently found that when all lanes were open to traffic, there was a 216 per cent increased chance of being involved in a breakdown.

But highways chiefs insist that the roads, which have emergency pull-in areas, are at least as safe as conventional motorways and reduce traffic jams.

Steve Foxley, National Highways programme manager for the M4 upgrade, said: ‘We recognise this driver had an unsettling experience.

If you get into trouble on a motorway, our advice is to go left and stop in a safe place.

The M4 at this location is not an operational smart motorway, but rather a section of roadworks, covered by cameras monitored by our staff, with free recovery provided.’