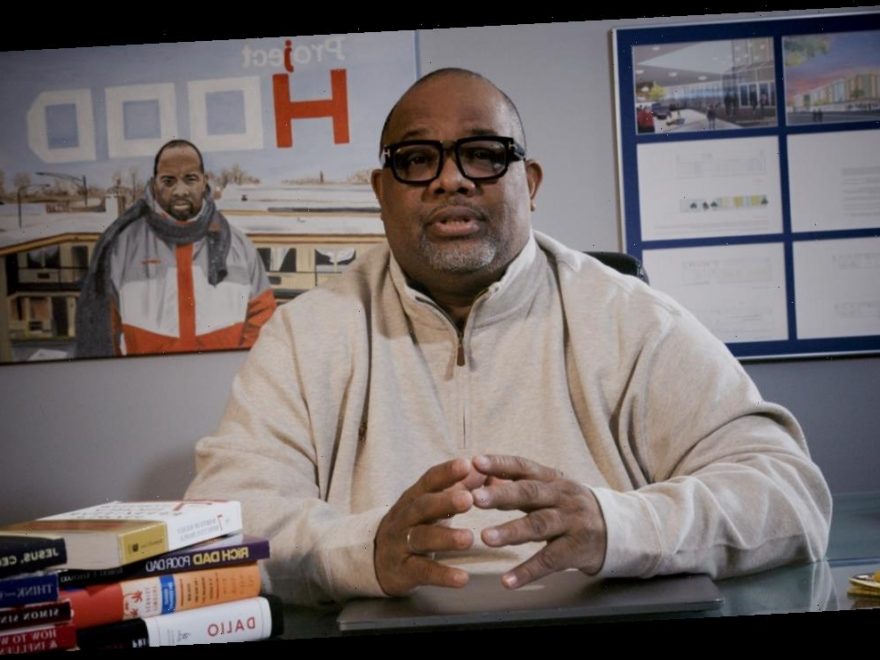 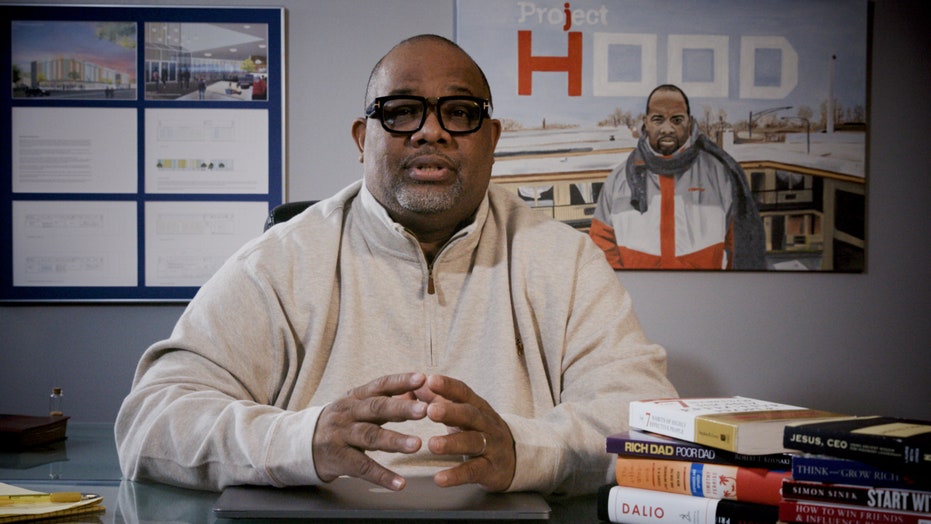 Woodlawn slow to recover from looting amid George Floyd protests

Several weeks ago, I traveled to Woodlawn on the South Side of Chicago, and as I drove through the icy streets past businesses and homes, I did not see a single Black Lives Matter sign. After parking my car on King Drive, I entered the New Beginnings Church where Pastor Corey Brooks greeted me. I joked that I thought Black Lives Matter would see more support in this neighborhood, and he just smiled. Then I asked if his nonprofit, a community center called Project H.O.O.D., had received any of the $90 million that Black Lives Matter had raised since the death of George Floyd — and he let out a drawn-out, “nooooo.”

His community had suffered horribly after the death of George Floyd in Minneapolis last May. Pharmacies and grocery stores were looted and trashed, leaving residents, many of them poor, without basic necessities. The pastor organized for church members to shuttle their fellow neighbors to pharmacies and stores in other towns so they would not have to go without medicines or food.

The pastor wondered if the looted stores would ever come back. He had spent the last two decades in this neighborhood improving it every possible way so businesses would set up shop and provide countless employment opportunities to the locals. But, who would invest hundreds of thousands of dollars, if not millions, only to lose everything in a night of violence? 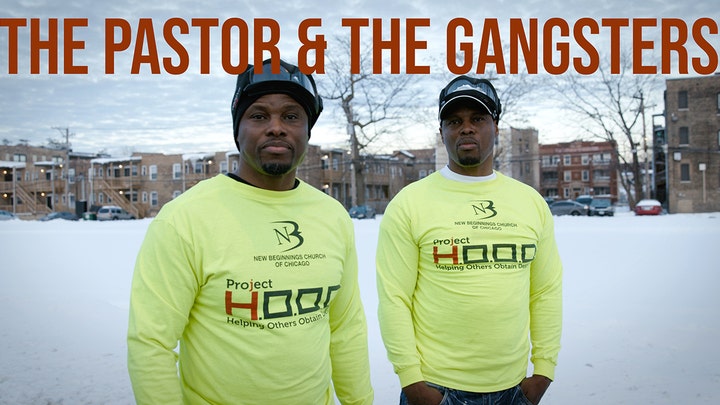 It is indisputable that Black Lives Matter took America by storm after the death of George Floyd and still continues to do so. Several of my neighbors in Los Angeles who had never given much thought to race suddenly put up Black Lives Matter signs in their yards or windows. One of them wrote, “I see you,” on her sign and let it drop during our conversation that she donated $500 to Black Lives Matter. I told her there were many worthy organizations that had been toiling to uplift the lower class long before the arrival of Black Lives Matter. I mentioned Project H.O.O.D. and I also let her know that several admirable nonprofits in Ferguson, Missouri, the town that put Black Lives Matter on the map, had not received a dime from that organization. My neighbor’s face tensed up noticeably, leaving me puzzled. Maybe she had wanted unconditional praise for her generosity. Or, maybe she wanted to see only what would directly benefit her.

I left that conversation feeling frustrated. I had suggested the other organizations because Black Lives Matter was more of an ideological movement that lacked the infrastructure to truly impact the people on the ground. Still, she did not care. She likely lacked the self-awareness or education to know that she was the latest incarnation of the “White Savior” who preferred the illusion of “doing good” to the far more difficult reality of making real and lasting change in a person or neighborhood.

The chasm between her illusions and the reality that Pastor Brooks has experienced could not be wider. 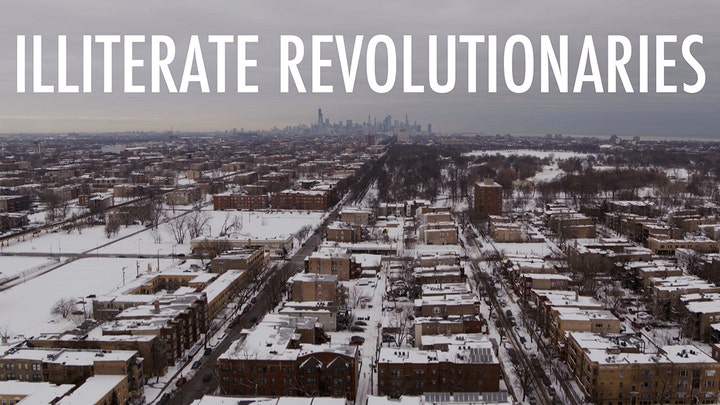 In 2012, a depressed motel — ironically named Super Motel — with ugly yellowish paint sat directly across the street from Pastor Brooks’ church and was home to prostitution, drugs and murder. Innocent children often saw obscene sights as they passed by on their way to school.

The pastor refused to accept this fate for his neighborhood. He led his community on several marches past the motel, and when that failed to stop the illegal activities, he took to the roof. In the interviews that I saw, the pastor revealed that his dream was to replace the motel with a community center known as Project H.O.O.D. He explained that H.O.O.D. meant “Helping Others Obtain Destiny,” and that his goal was to end the violence and restore youngsters onto the path toward the American Dream.

There was much to admire about the pastor’s moxie, and when he finally came down after 94 cold and wet days on the roof with enough donations to buy and tear down the motel, the promise in the air was electric. The community was so proud of itself, and everybody believed it would only be a matter of time before the Project H.O.O.D. community center was built.

Today, as I look out the window of the pastor’s second-floor office at the vacant lot across the street where the motel once stood, I have mixed feelings.

On one hand, I knew that the men and women that made up Project H.O.O.D. staff had never stopped working since 2012. In that same year, the Chicago Sun-Times ranked Woodlawn as the most violent of all Chicago neighborhoods. Today, Woodlawn, while still volatile, has fallen down the rankings significantly, a testament to the work of Project H.O.O.D.’s Violence Impact Team to prevent both shootings and retaliatory shootings.

On the other hand, why would scores of Americans like my neighbor give their money to Black Lives Matter and not to folks like Pastor Corey Brooks or to the grassroots leaders in Ferguson, or even to similar people in their own neighborhoods?

Perhaps the answer lies in the fact that Black Lives Matter functions primarily as an ideological movement untethered to the realities on the ground. (The only reality that this movement seems to respond to is when a White cop shoots a Black person, but as we saw in Ferguson, that reality can be a tenuous one.) What makes ideological movements far more attractive than harsh realities is that they create convenient and frameworks of meaning. My neighbor understandably was distressed when she saw what happened to Floyd and what she wanted more than anything was to disassociate herself from what she saw as the wrong side of America. And, for the price of a yard sign and a donation, the antiracist framework of meaning that Black Lives Matter provided allowed her to purchase the illusion of racial innocence.

Pastor Brooks has nothing to offer this neighbor of mine except sincere gratitude. The pastor’s crime in today’s America is that he does not traffic in ideologies or slogans. He does not have the luxury of doing so because the reality around him has been so harsh and unforgiving. He confided to me that he often had doubts about his work, and how the burden at times could be too much for him to bear.

He revealed that he recently helped a 30-year-old man transition out of gang life. The man was also illiterate but had done so much to improve his life that he earned a position on the staff of Project H.O.O.D. The pastor’s voice then lowered to a whisper as he revealed that the man had been driving his car when a stray bullet entered through the window, killing his 6-month-old baby. The pain, the pastor said, was “inexplicable.”

The pastor then looked at me and said he was a lucky man because God chose him for this role. I looked out the window at the vacant lot. Accomplishing the goal of building the community center would certainly make the pastor’s life somewhat easier. Members of his congregation would not be scattered across the rough streets; they would have a common home. I could see the pastor pointing out the gleaming building to his youngsters as proof that anything is possible and challenging them, “What’s your excuse?”

But then, I realized that the pastor had already given his community the greatest of gifts. He did not impose a soulless ideology on his people where the only thing required of them was shallow conformity. He knew the way to transform a troubled or lost soul for the good was to meet them in reality. And, for many people like the 30-year-old man who lost his baby, this could be an unbearable place to be, for reality can often be brutal and merciless. But, the pastor knows it’s the only place he truly could see another person, and vice versa. It is from there that the long and difficult task of healing or true transformation for the better can begin. This is the lesson that many Americans fell out of touch with as they raced toward the illusion of racial innocence.

Eli Steele is a filmmaker. His latest film is “What Killed Michael Brown?”