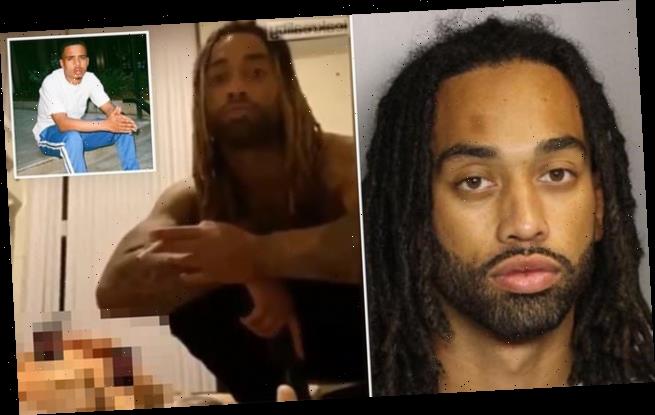 Brother of rapper Uzzy Marcus, 29, is charged with murdering two women after ‘sharing gruesome livestream of their dead bodies’

A brother of up-and-coming rapper Uzzy Marcus was arrested in California following an eight-hour standoff with police and charged with murdering two women, whose lifeless bodies were captured in an Instagram Live video.

Raymond Weber, 29, was taken into custody by police in Vacaville at around 8.30am on Saturday and was then booked into the Solano County Jail on two counts of first-degree murder and multiple other felonies, including domestic assault.

Raymond Weber, who goes by the nickname ‘Zino,’ is the brother of local rapper Uzzy Marcus, 25, whose real name is Marcus Weber. 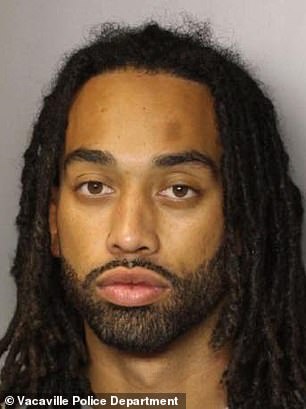 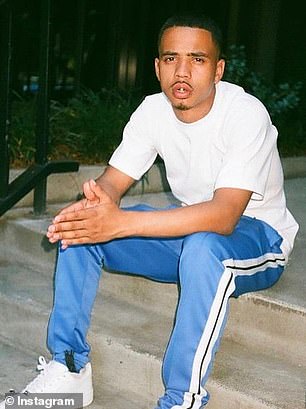 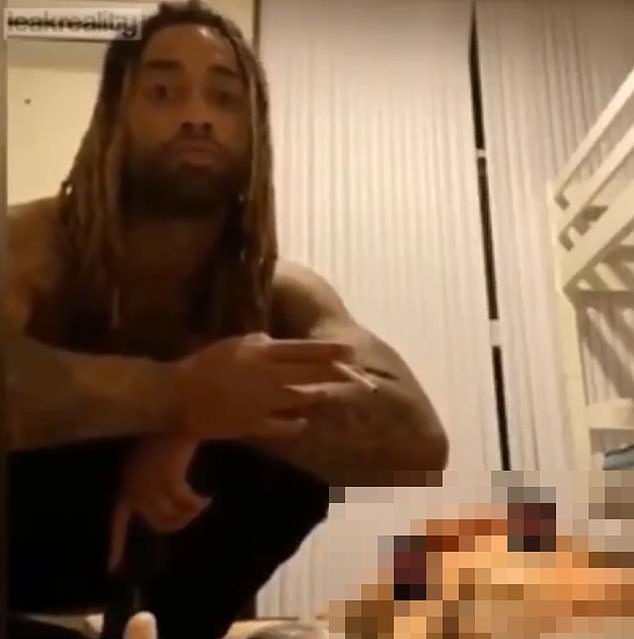 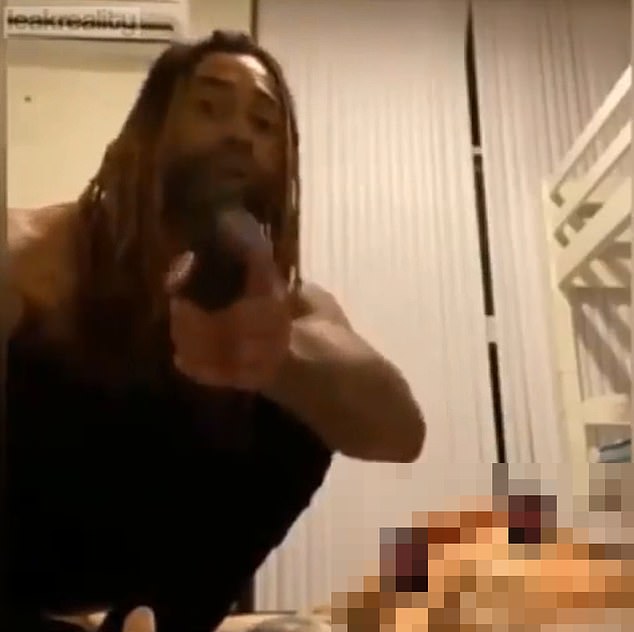 In the video, Weber brandishes and gun, and accuses his rapper brother of trying to kill him and the female victims of setting him up

Marcus Weber is currently being held in the Sacramento County Jail without bail, accused of endangering the life or health of a child and possession of a firearm by a felon.

The incident in Vacaville began unfolding at around 12.42am on Saturday, when police responded to a call of a welfare check at the Rocky Hill Veterans Apartments located at 582 Rocky Hill Road.

A woman called to report a man, later identified as Raymond Weber, was inside an apartment and possibly armed. She said the suspect had livestreamed himself on Instagram brandishing a gun while crouching next to two women lying motionless on the floor.

In the chilling video, Weber is seen pointing a gun into the camera while smoking a cigarette. At one point, he lift a woman’s hand and says: ‘that b**** tried to set me up. That’s what she did.’

He then accuses his younger brother and others of trying to have him killed, but he does not elaborate. 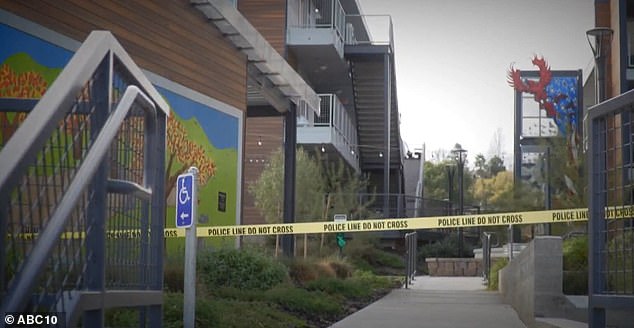 Police responded to the apartment building at 582 Rocky Hill Road in Vacaville, California, early Saturday to perform a welfare check 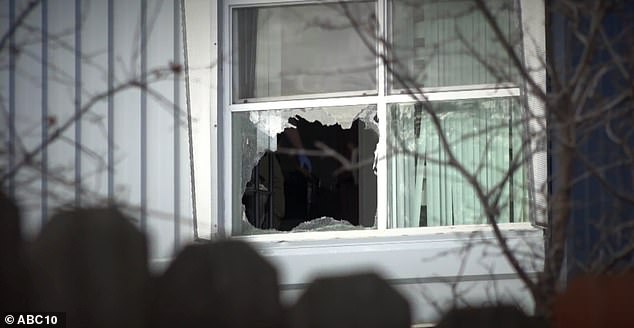 After an eight-hour standoff with Weber, SWAT team members used flash bang grenades to get inside the apartment

‘Uzzy Marcus wanna have me killed,’ he says while waving his gun.

Later in the video, Weber turns off the light in the room and pretends to fire his gun.

‘There’s police everywhere,’ he whispers. ‘This gonna be the last time ya’ll see me. Any minute they’re gonna kick this door down. They’re all outside.’

Officers learned Weber, from Santa Rosa, was wanted for an outstanding warrant for various felonies, including assault with a deadly weapon.

Police who responded to the scene found the suspect had barricaded himself inside the apartment, prompting the activation of the SWAT team.

Police negotiators were also dispatched to the scene and tried to convince Weber to surrender, but to no avail.

Out of an abundance of caution, the other units in the apartment building were evacuated as police used ‘distraction devices and chemical agents’ to force Weber out of the unit.

Some eight hours later, police entered the apartment and found Weber hiding inside. After a brief struggle, during which the 29-year-old was tased, he was taken into custody.

Police discovered two women dead inside the apartment. They have not been identified pending next-of-kin notifications.

Weber remained jailed without bond on Monday. He is due back in court on Tuesday.

Weber has a lengthy criminal history. In 2014, he was said to be present when his then-16-year-old brother, Antoine, shot and killed Weber’s 19-year-old girlfriend, Nicole Duarte, reported ABC10. 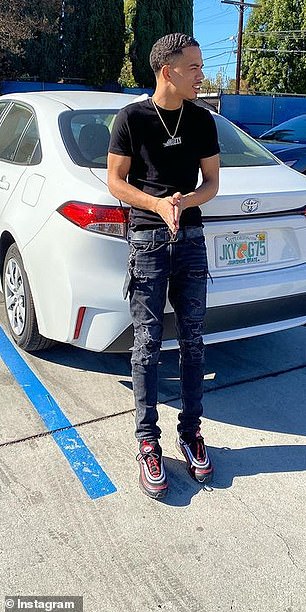 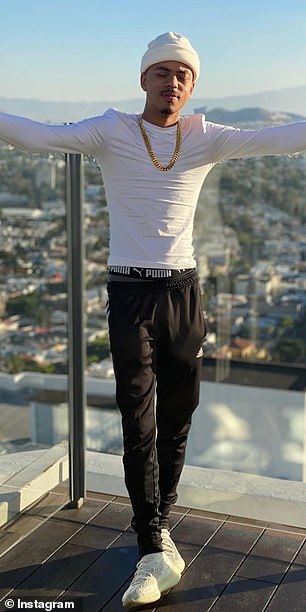 Uzzy Weber released his debut album in 2017. He is currently in jail on counts of endangering the life or health of a child and possession of a firearm by a felon

Antoine Weber later pleaded no contest to voluntary manslaughter and was sent to state prison, where he will be eligible for parole in 2028.

He has collaborated with rappers Mozzy and Celly Ru.

his debut album Mafia Reputation in 2017 and his second album, Project 42k, was released in 2019.