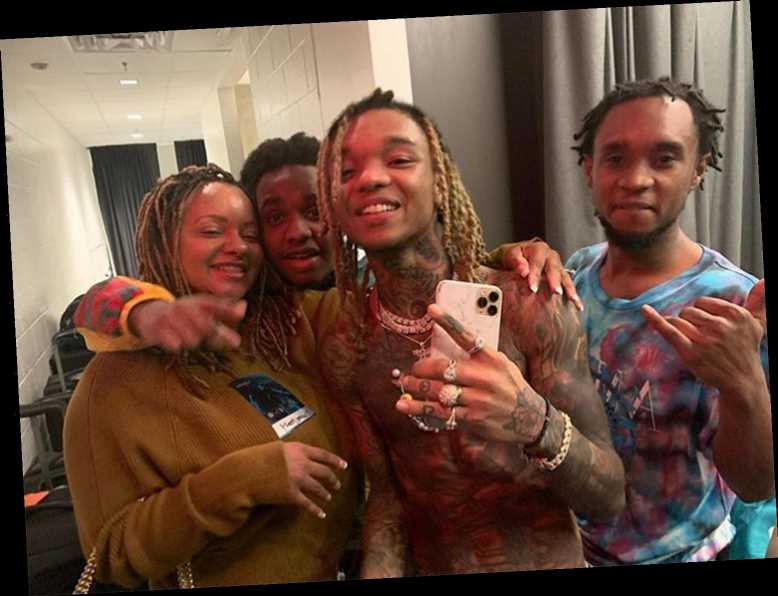 Floyd Sullivan — the 62-year-old stepdad to Rae Sremmurd, which is made up of brothers Swae Lee and Slim Jxmmi — was shot and killed in Tupelo, Mississippi, on Monday, Jan. 4.

The Tupelo Police Department told PEOPLE at the time that Sullivan's son Michael (who was announced as a person of interest following the fatal shooting and was "being detained on a psychological hold") was "released from a local psychological care facility and immediately arrested for murder."

Michael, 20, was booked at the Lee County Mississippi Detention Center on Jan. 7. According to the jail records, he is being charged with felony first-degree murder with a bond amount set at $100,000. TMZ reports that Michael could face life in prison if convicted.

It is not immediately clear if Michael has legal representation for PEOPLE to reach for comment. Bernadette Walker, the mother of Swae Lee, Slim Jxmmi and Michael, opened up about the death of her ex-husband Floyd in January, telling PEOPLE that her son, Michael, suffers from schizoaffective disorder. Walker, 46, said she believes she could've been her son's victim.

"I'm not going to say that, 'Something like this was unexpected,' " Walker claimed. "Of course even though it wasn't unexpected, you still don't expect it. He has threatened me multiple times. This very well could've been me. He has shot guns more than once."

Walker learned of the killing from relatives of her ex-husband, whom she said had a complex relationship with his son.

"It was very complicated — they had a very complicated relationship," she said. "It was sort of heartbreaking, but I felt like the only hope I had was that Floyd would somehow get through to him. But I think Floyd carried on with his own life and Michael just didn't understand. It's very complicated."

Michael had been living with his mom in Georgia off and on — going between her home, his father's home in Tupelo and spending time with his brothers while they were on tour or performing — before he officially moved in with his dad in November. Walker told PEOPLE that she's unsure of exactly what led to the alleged murder.

"I don't want to speculate — it could've happened to anybody because Michael really didn't need a rhyme or reason to do anything," she said. "He was aggressive when he was off his meds, so it could've been as simple as asking him to do something that could've set him off."