‘Racist’ protesters at the Scottish-English border were ‘inspired by comments by SNP politicians’, a Tory MP has claimed.

Speaking during an SNP Opposition day debate, Mr Lamont branded the protests ‘totally unacceptable’ and also claimed the SNP ‘will use any means to push for their independence obsession’.

He said: ‘We had the horrific scenes on the Scottish-English border in my constituency, on the A1 north of Berwick, of nationalist protesters shouting, and I quote, ‘stay the F out’ at English people travelling into Scotland. 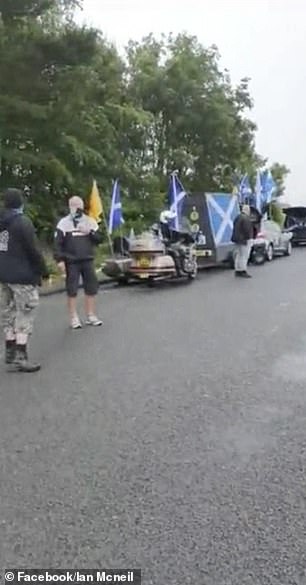 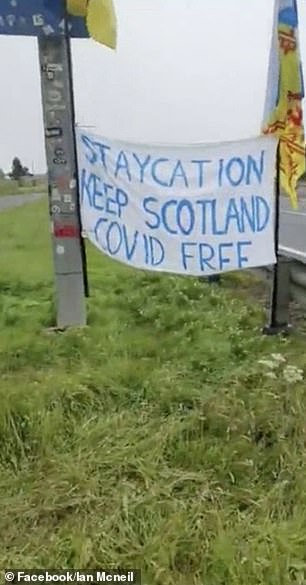 Police were called to the border where Northumberland meets Berwickshire in Scotland and gave advice to protesters, but no arrests are thought to have been made.

Another video, which was widely shared on Twitter, a protester said: ‘We are really laying it on thick, and I think what we are saying is, stay the f*** out.’

Responding in an intervention, the SNP’s Patrick Grady (Glasgow North) said: ‘(He) accuses effectively this bench of stoking racism. The SNP condemns unreservedly any kind of anti-Englishness and any kind of racism directed at people from south of the border.’

Mr Lamont said: ‘The completely unacceptable behaviour towards our neighbours and friends and family members trying to cross the border between Scotland and England, coming into my constituency to work, to see family members, to visit friends, and nationalist protesters with yes banners were shouting abuse at them – totally unacceptable.’

The SNP’s Patricia Gibson (North Ayrshire and Arran) said the ‘allegations’ were ‘hysterical’. 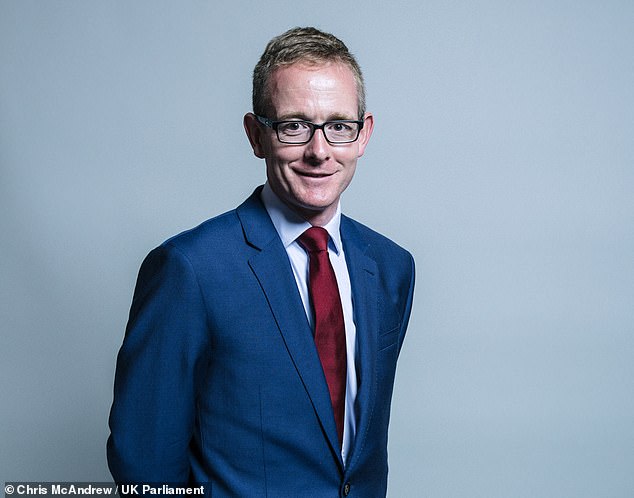 Intervening, she said: ‘The SNP, as he knows, does not have any truck with racism in any of its forms, and if he’s suggesting that the SNP’s an anti-English party, if you seek self-government, if that makes a country racist, then that means that every other 190 members of the UN are all racist countries… the First Minister’s granny is English, so what possible motivation could he have for these hysterical comments?’

Mr Lamont said the SNP’s call for a Brexit extension is ‘not about protecting Scotland’s economy, it’s not about assisting the economic recovery after the coronavirus pandemic, but it’s all about creating further uncertainty and constitutional chaos to assist the nationalist dream of breaking up the UK. That is their top priority, that is their only priority’.

He went on: ‘The SNP lack ambition for our great nation of Scotland, and I’m sad to see the division and uncertainty in Scotland that the SNP are stoking up in an attempt to score political points – they will use any means to push for their independence obsession.

‘It will not come as any surprise to the House that I will not be supporting the SNP’s motion tonight. The SNP are desperately trying to undermine the UK and the UK internal market, putting Scottish jobs and the livelihoods of my constituents and other Scots at risk.’