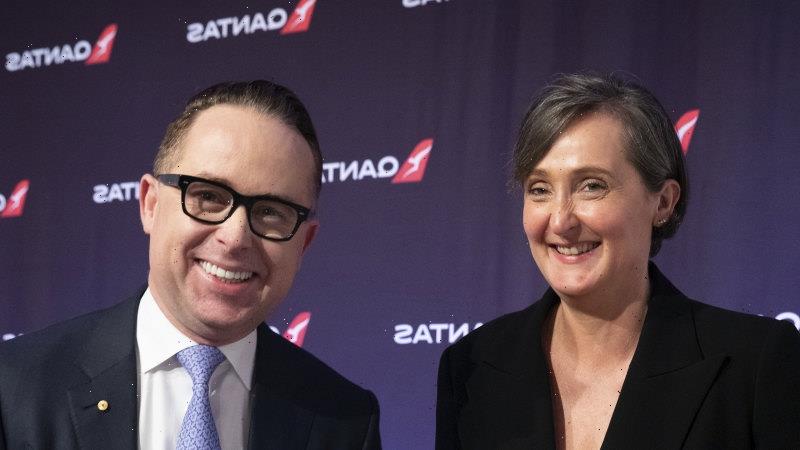 “If the board were to give me the opportunity to step into Alan’s shoes, I would be incredibly honoured and proud to do that,“ Hudson said in the interview. “There are a number of candidates competing for that role … So we’ll see how that goes over the next 12 months.” 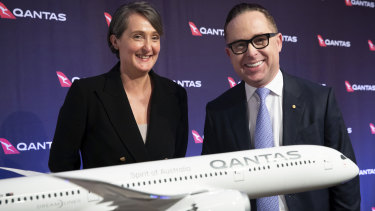 Joyce took over in 2008, but is not going anywhere just yet. Some thought he would depart after the airline’s centenary in 2020, but when the coronavirus killed off global travel, Joyce agreed to hang around until December 2023 – and possibly beyond – to weather the turbulence.

Fasten your seatbelts, folks. Of the internal contenders, Jetstar boss Gareth Evans is the best qualified, but has two major disadvantages in a company where diversity counts – he’s white and he’s male.

And we can’t go past head of loyalty Olivia Wirth. A few years back, Wirth was subject to a glowing profile in The Weekend Australian  (The Smiling Assassin — She’s ambitious, ruthless and talented, Is Olivia Wirth Australia’s ultimate backroom operator?). The piece concluded with the thought that people believe she “wants to run her own airline — maybe even Qantas”. Dreams can come true!

But it is fair to say that the airline board, chaired by Richard Goyder, will take its time. 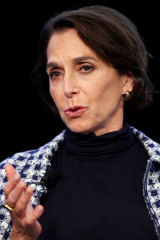 Jayne Hrdlicka is unlikely to be a contender.Credit:Bloomberg

Virgin boss Jayne Hrdlicka, who exited the airline to run A2 Milk in 2018 when Joyce remained firmly lodged in the Qantas captain’s chair, will closely watch goings-on. But her recent poaching of Qantas staff, detailed in CBD, will not find favour with the board if she is interested in the slightest.

The tech world really is a different planet isn’t it? Take Melanie Perkins and Cliff Obrecht’s graphic design giant Canva which is kicking off the second quarter of the year this Friday with a bash for staff. And in true tech form, this ain’t an all-staff town hall with party pies.

Canva’s Q2 2022 launch includes an office party complete with an online appearance from an international special guest star: none other than media icon Bob Iger, former executive chairman and chief executive of The Walt Disney Company. 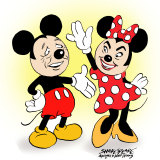 During Iger’s stint, he launched streaming service Disney+ and undertook a slew of acquisitions including Pixar, George Lucas’ production company Lucas Film and American comic juggernaut Marvel. Once his stonking pay packet was worth $US66 million ($90 million). Disney family heiress Abigail Disney shot back in a memorable Twitter thread: “What on earth would be wrong with shifting some of the profits — the fruits of these employees’ labor — to some folks other than those at the top?”

She might have a point. And a good one to consider inside the tech unicorn which is now valued at an eye-watering $55 billion — with Perkins and Obrecht’s combined wealth estimated at $16.5 billion by the AFR’s Young Rich List.

The couple pledged last year to give a 30 per cent stake – valued at $US12 billion ($16.4 billion) – in Canva’s newly created online design company to a charitable foundation targeting extreme poverty. It has also handed $10 million in a pilot to international charity GiveDirectly which hands electronic payments to families living in poverty.

It is hoped that Iger will share with the Canva gang his unique management philosophy — including why he quit the Magic Kingdom after 15 years. Basically, it wasn’t them, it was him.

“Over time, I started listening less and maybe with a little less tolerance of other people’s opinions,” Iger said in an interview, adding he was increasingly invalidating points from co-workers because he’d “heard every argument before”. He realised he was saying no too quickly. So he left.

Iger beams in to address Canva staff on Friday at the bash which even has a strict dress theme: Disney and fantasy dress-up.

Canva wasn’t prepared to comment on the bash except to say it’s strictly an internal-staff only affair. It sure is one way to get staff back in their chairs.

Presumably a switch to make-believe inside Mickey Mouse HQ will make a nice change.

But it’s worth noting there’s been another familiar and former political face crop up in new media. Kristina Keneally’s former media adviser, Tim Dunlop, is a new starter at Twitter. He is policy communications manager.