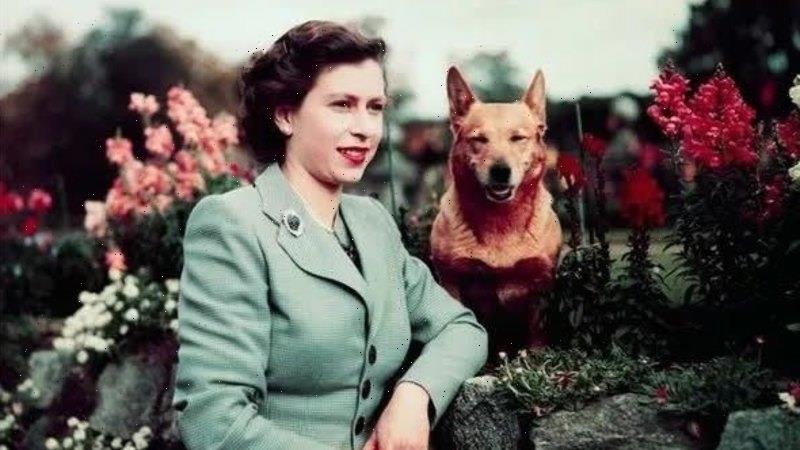 It’s well documented that the Queen liked corgis. Another popular bit of royal trivia was her legal entitlement to all of England’s swans. But do you know the bad-taste joke that led to the demotion of one of her footmen? Or the ’50s-style mint-chocolate extravaganza she ate every birthday?

From carrying a supply of blood around with her on travels to being woken up by bagpipes every morning, here are some weird and wonderful facts about the late Queen Elizabeth II.

What does the woman who has everything carry in her famous Launer handbag? The same as most of us (except for the essentials, such as keys, credit cards and her phone): the Queen never left home without a mirror, lipstick, pen, mint lozenges and reading glasses. On Sundays, she added crisply ironed banknotes to the bag to hand out at church. 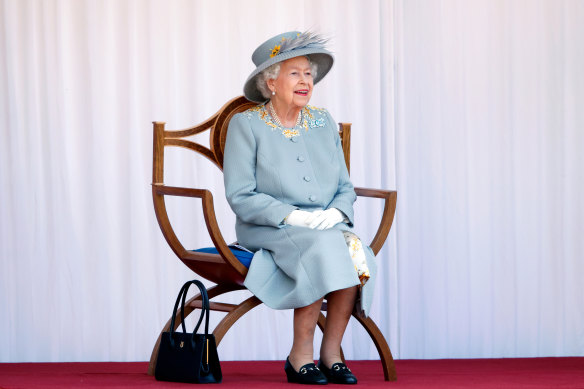 Even to the most formal occasions, such as the Trooping of the Colour to mark her official birthday last year, the Queen took a handbag. Credit:Getty

2. She was a day drinker

A regular tippler, her majesty liked a gin with plenty of ice and a slice of fresh lemon before lunch, then “she will take wine with lunch and a dry martini and a glass of champagne in the evening”, her cousin, Margaret Rhodes, said. The Queen made no secret of enjoying life: “For me, heaven is likely to be a bit of a comedown.”

3. She had no passport or driver’s licence

Accomplished behind the wheel of her Jags and Range Rovers since joining the British women’s army as a truck driver and mechanic in 1945, the Queen was the only person in Britain who could drive without a licence or registration plates on her car. And because she issued British passports, QE2 didn’t need one, and instead confirmed her identity through basic questions such as her date of birth and address. 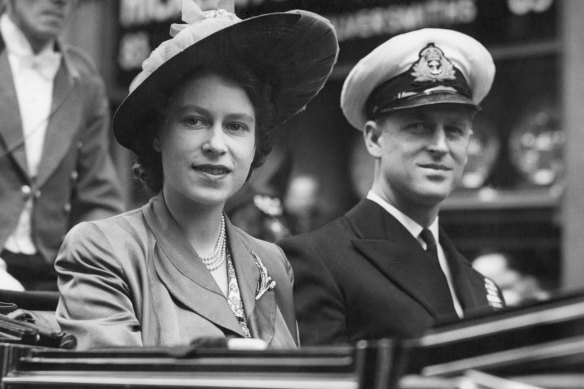 Licence to rule: Elizabeth rides with Prince Philip in London in 1948.Credit:AP

4. When given exotic animals, she rehoused them

During her reign, the Queen was given animals including an elephant, a jaguar, two tortoises and a pair of beavers. She donated them to the London Zoo, where she opened a Land of the Lions exhibit with Prince Philip in 2016.

Educated at home in literature, language, history and music, the Queen learnt French as a girl from French and Belgian governesses. The monarch delivered an address at a 2014 state banquet en Francais and often used it “when speaking to ambassadors and heads of state from French-speaking countries, and when visiting French-speaking areas of Canada”, according to the official royal website.

6. Supermarkets were a learning curve

The Queen went to the supermarket only a handful of times in her life, although she reportedly slipped out occasionally to shop at the Scottish village of Ballater on summer breaks. Visiting a Sainsbury’s store in Covent Garden in 2019 in honour of the chain’s 150th anniversary, she learnt to use the self-service counter and asked if you could “trick” the scanner. 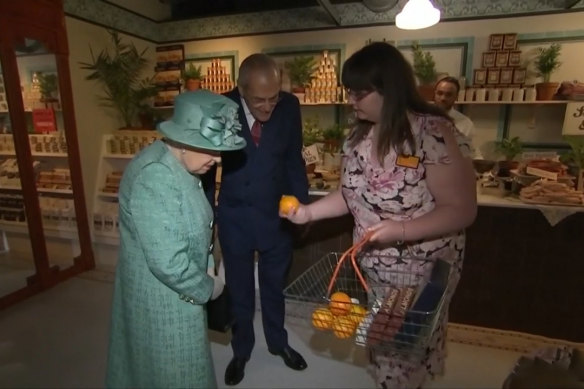 The Queen inspects groceries at a replica of the first-ever Sainsbury’s store, in London’s Covent Garden in 2019.Credit:Nine

7. QE2 was the first British monarch to celebrate a diamond wedding anniversary

On that 2007 occasion, the Queen and Prince Philip (who met at a family wedding when she was eight years old) revisited Broadlands to recreate images from their 1947 honeymoon. Then the home of Philip’s uncle, Lord Mountbatten, the Hampshire estate is where the royal couple spent their wedding night. The couple had been married for 73 years when the duke died in 2021.

8. She demoted a footman over a prank

When a footman spiked her corgis’ water with whisky in 1999 to amuse other palace staff, the Queen demoted him, according to reports. A “fantastic” dog trainer, according to royal corgi trainer Dr Roger Mugford, the monarch had 30 corgis after being given her first, Susan, on her 18th birthday. She also became an accidental owner of dorgis – a corgi-daschund mix – after one of her dogs mated with Princess Margaret’s dachshund, Pippin. 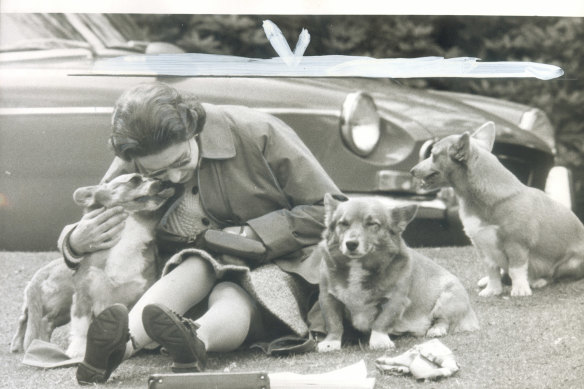 The Queen cuddling her corgis at the Windsor Horse Show in 1973.

9. The Queen technically owned the UK’s swans and dolphins

In the 12th century, the Crown claimed ownership of all unmarked swans “swimming in open waters” in the UK because the birds were highly valued as a delicacy at banquets and feasts. The Queen – who also owned all the whales and dolphins (“fishes royal”) in the seas around the UK – didn’t go around claiming swans but celebrated an annual swan upping, where her official swan marker counted the swans in part of the River Thames.

10. And she loved racing pigeons

Racing pigeons has been a hobby of the royal family since 1886, according to the Royal Pigeon Racing Association. The Queen owned about 200 racing pigeons and was a patron of several societies. 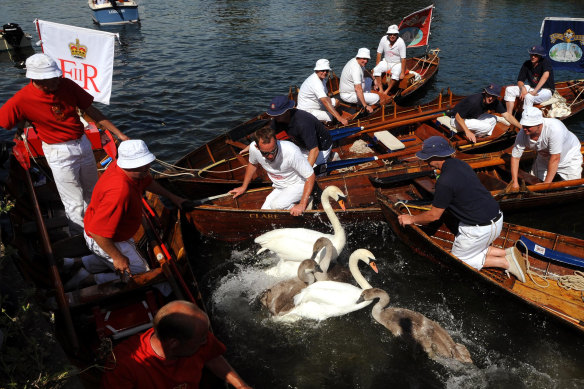 Swans in England’s waterways legally belonged to the Queen.Credit:Getty

11. Putting her stamp on things

The Queen took such delight in her stamp collection – worth more than $3.5 million, it was built on the collection of her father and previous monarchs and filled about 300 albums – that she would take it out and show it to visiting heads of state.

Elizabeth was an Arsenal fan, as revealed by former star Cesc Fabregas, who met the monarch when she invited the team for afternoon tea at the palace in 2006. The late Queen Mother was also a Gunners fan, as is Prince Harry.

A rich mint and chocolate ice cream bomb known as a bombe glacée royale was the Queen’s favourite dessert, according to her former chef Darren McGrady. She had a chocolate birthday cake every year, and every day, a whole cake was sent up to her for tea. She sometimes took a slice, then the cake went to staff for their afternoon tea. 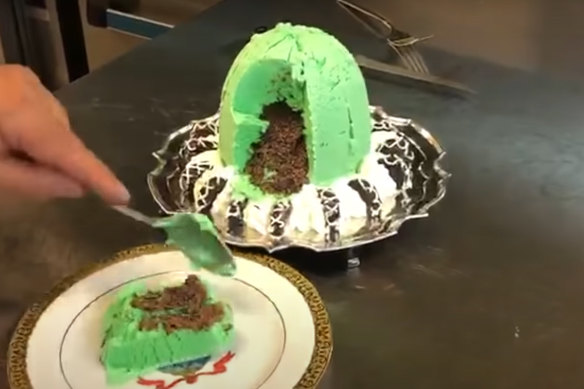 Bombe glacée royale was the Queen’s favourite dessert for decades.Credit:YouTube

The Queen sent her first email in 1976, from a British army base, and joined Facebook in 2010, followed by other social media platforms.

Accompanied by her sister, Princess Margaret, and their governess, Marion Crawford (known as “Crawfie”), the Queen used the London Tube for the first time in May 1939. Thirty years later, dressed in mink, she visited again for the opening of the Victoria Line. This year she opened the line named in her honour. 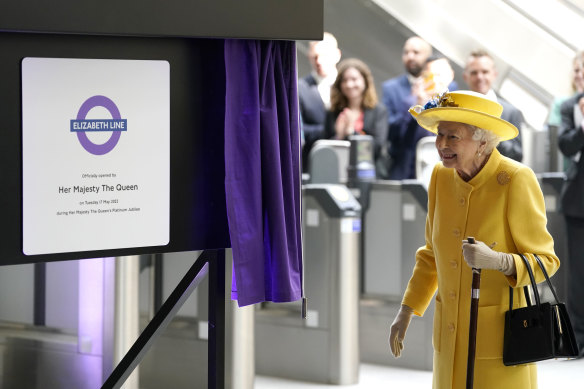 The Elizabeth Line was unveiled in 2022.Credit:AP

Wearing only a headscarf for protection, the young Queen loved to race down the course at Ascot with family and friends before official events began. An expert rider since her grandfather, King George V, gave her a Shetland pony called Peggy when she was four years old, she was photographed riding her fell pony at Windsor a few days before her 93rd birthday.

A top-10 list in honour of her majesty’s 90th birthday in 2016 revealed she loved show tunes such as Howard Keel’s Oklahoma and Dolores Gray and Bill Johnson’s Anything You Can Do from Annie Get Your Gun.

Not a fan of starchy foods, including potatoes and pasta, the Queen had a favourite dish called Gaelic steak, made from venison, mushrooms, flambeed Irish whiskey and cream. She had hers well done with a good sear.

20. The hotel she hung out at most

While the Queen very rarely dined out, she had a soft spot for Claridge’s Hotel. After the 1981 wedding of Prince Charles and Lady Diana Spencer, she hosted a gala dance at the hotel, where a simple supper of sausages, baked beans and scrambled eggs with smoked salmon was served. “Lilibet does things so well,” guest Nicky Haslam heard another say. 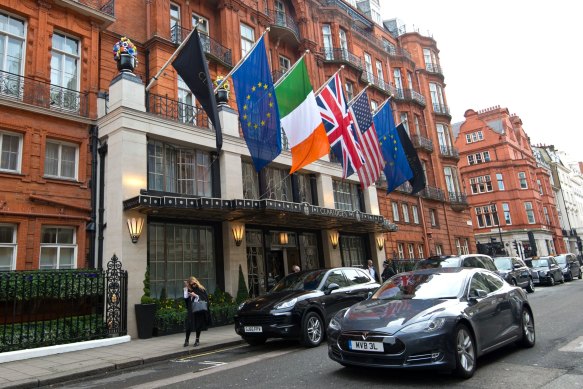 The Queen favoured the Claridge’s Hotel in London for a tipple.Credit:Getty

21. Her hack for breaking in shoes

Being the same size as the Queen, her dresser and close friend, Angela Kelly, was roped in to break in the Queen’s handmade shoes from Anello & Davide. Their bespoke styles were a royal favourite for more than 50 years.

The most travelled monarch in UK history, the Queen relied on barley sugar sweets to help her blood sugar match the eating schedule of the destination.

For her 1947 honeymoon, the Queen bought a set of Globe-Trotter suitcases and never used anything other than those original bags, according to the company’s site. Her luggage tag was yellow with “The Queen” written on it. Each royal family member reportedly gets their own colour: the Duchess of Cambridge also has yellow, Prince William and Prince Charles use red, and Princess Anne goes green. 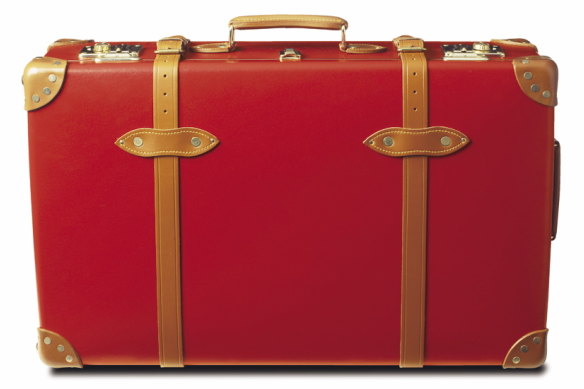 Elizabeth ll used her Globe-Trotter suitcases since her honeymoon in 1947.Credit:Sun Herald

When on tour, the Queen took her own toilet paper (sealed with stickers only she and Prince Philip were allowed to break), a personal supply of blood that matched her blood type and a defibrillator.

25. Someone called the cops on her

In 2017, an anonymous driver dobbed in the Queen for not wearing a seatbelt while travelling to Westminster with Prince Charles, according to the BBC. Under UK law, the Queen could not be subjected to civil or criminal proceedings. The West Yorkshire Police Contact Centre tweeted about the incident the next morning: “Let’s hope the Queen is behaving today.”

On the day of the Queen’s wedding (she bought the material for her Norman Hartnell dress using World War II rationing coupons), a hairdresser was securing her veil with her chosen tiara when its metal frame snapped. The court jeweller was summoned to repair it after the Queen Mother told her daughter to stay calm: “We have two hours and there are other tiaras.”

The Queen woke every day to a bagpiper playing outside her window for 15 minutes from 9am. 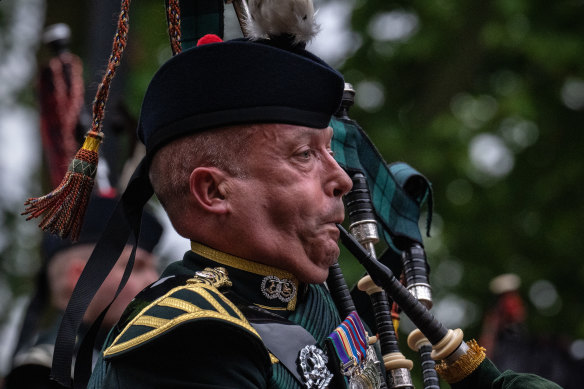 Imagine waking up to this every morning: A piper at a rehearsal for the Queen’s Platinum Jubilee pageant in May.Credit:Getty

Crowned wearing Clarins make-up after commissioning the brand to create a lipstick that went with her coronation robes, the Queen used Clarins for the rest of her life. She was also a fan of Elizabeth Arden’s lipstick and Eight Hour Cream, and exclusively wore Essie’s pale pink Ballet Slippers nail polish after discovering it in 1989.

29. Grandma to the rescue

As the royals waved Prince Andrew and Sarah Ferguson off from their 1986 wedding, little Prince William darted after the newlyweds’ carriage. His grandmother broke into a run to chase a sailor-suited William and grab his hand before returning him to safety.

30. She only rarely had hospital stays

The Queen’s overnight stay at King Edward VII hospital for “preliminary investigations” in October last year was just the fourth of her reign. In 2018, she had cataract surgery. In 2003, she had knee surgery and two lesions removed from her face, and in 1982 she had a wisdom tooth removed. Her four children were home births, including the caesarean section delivery of Prince Charles in 1948, when the Buhl Room at Buckingham Palace was converted into an operating suite after the Queen laboured for 30 hours. 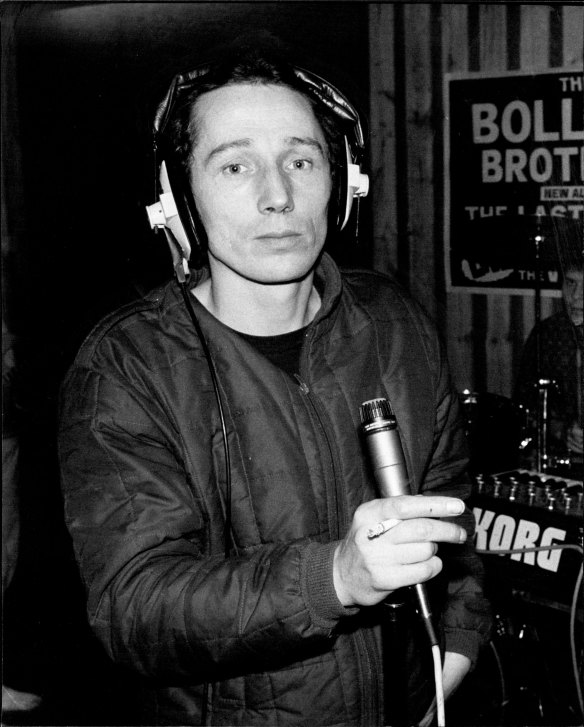 Michael Fagan, part of a punk band, broke into Buckingham Palace in 1982.Credit:

31. She distracted an intruder with a ciggie

When Michael Fagan broke into Buckingham Palace and confronted the Queen in bed in 1982, she ran from the room (wearing a Liberty print night dress) and sought help from a maid, Fagan said in a 2012 interview. While waiting for police to arrive, the pair ushered the uninvited guest into a nearby pantry and offered him a cigarette, according to Scotland Yard’s official report.