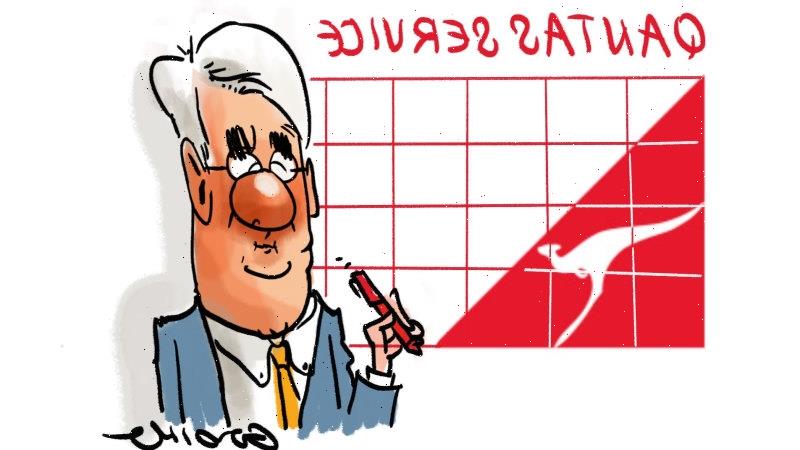 Tales of woe shared by customers of Australia’s dominant airline group, Qantas, in recent months have surely given anyone still itching for an overseas holiday pause for thought. Outrage over cancellations, delays, lost luggage, waits for refunds and passengers stranded at airports has thrown the Flying Kangaroo into reputational freefall.

Qantas and its budget arm Jetstar are eager to point out that airlines around the world – including its local rival Virgin Australia – are also suffering turbulent returns to the skies. As travel demand rebounds from COVID-19 they struggle to find enough staff after gutting their workforces during the first two years of the pandemic. This is true, but Qantas must bear responsibility for a particularly poor performance. Chief executive Alan Joyce, a divisive figure during his 14-year reign as CEO, apologised to customers last month and acknowledged the airline’s performance has been unacceptable. 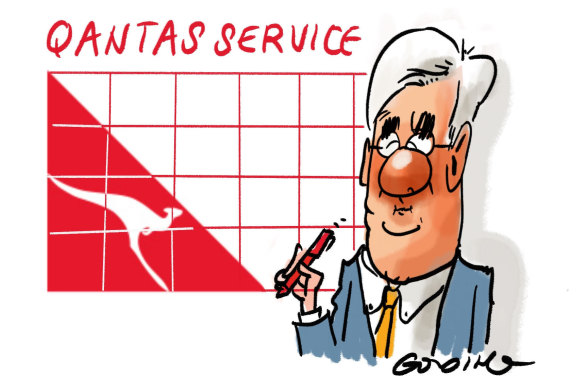 Many have called for Joyce to resign or be sacked, but the uncomfortable truth is that Joyce isn’t paid so handsomely to run a good airline. He’s paid to run a good business. And on that front, he cannot be faulted. Investors support him – even more so after Qantas showered them with $400 million in share buybacks last month – and so does his chairman, Richard Goyder, who last week said Joyce was “the best CEO in Australia by a length of a straight”.

After relying on government handouts to survive COVID-19, market analysts now expect Qantas will make record high profits in the coming three years, peaking at $5.16 billion in 2025. Its share price has surged almost 24 per cent in the past two months. All this will be a further insult to those whom the company has treated so poorly over the past three years – both customers and employees.

In virtually any other consumer-facing company, like a bank or supermarket, such sustained brand damage would deeply concern the board. That Qantas is apparently immune to the financial repercussions of poor customer service reveals a terrible market failure in our airline industry. To put it bluntly, Australia has been poorly served by duopolies and needs more competition.

Geography makes Australia almost uniquely reliant on air travel – Sydney to Melbourne was the second busiest route in the world pre-COVID – and the Qantas Group dominates this essential service, controlling two-thirds of the domestic airline market. In the United States the biggest player has a 20 per cent share, and in Canada it is 44 per cent. Virgin’s ability to keep Qantas honest is uncertain: it survived bankruptcy in 2020 and its new owner, Bain Capital, a US private equity firm, will soon look to offload its investment at a profit. 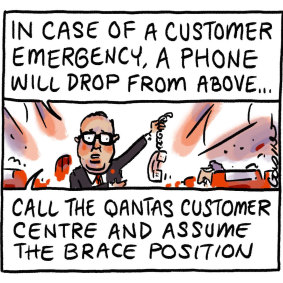 There are some encouraging signs. Rex Airlines (formerly known as the country airline Regional Express) has bought seven jet aircraft and is flying them between capital cities. Bonza, a new budget start-up based on the Sunshine Coast, recently received its first Boeing 737 and hopes to start flying on popular holiday routes soon. These are modest developments but could herald the start of the biggest shakeup to Australia’s aviation industry in decades.

The Australian Competition and Consumer Commission’s monitoring of the airline industry, which started after Virgin’s administration, should continue. The watchdog should also block Qantas’ proposed takeover of the fly-in, fly-out charter operator Alliance Aviation to prevent it gaining even further market control.

A major barrier to entry for new competitors is access to landing slots at Sydney Airports, which are tightly held by the incumbent carriers. The federal government should reallocate them. The opening of the new Western Sydney Airport in 2026 also presents opportunities for new entrants to gain a foothold here, so long as there is equal access.

Consumers also deserve more legal protection. The European Union has mandatory compensation for customers when airlines delay or cancel their flights. An industry code of conduct mandating minimum levels of service – like call centre waiting times and timeframes to process refunds – would be welcome. So too would a travel industry ombudsman to deal with customer disputes.

To ensure a better deal into the future, other airlines must be given the room to grow, so that travellers can finally make good on their often-heard threat to “never fly Qantas again”.