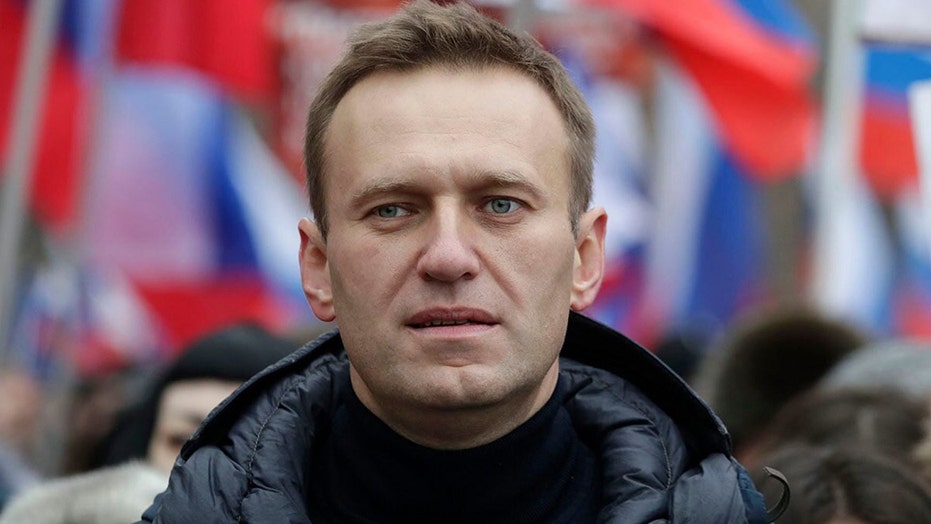 Russian opposition leader in a coma after getting sick.

Navalny, a fierce critic of Russian President Vladimir Putin, fell mysteriously ill on a flight back to Moscow from Siberia on Aug. 20 and was taken to a hospital in the Siberian city of Omsk after his plane was forced to make an emergency landing.

He was transferred to a German hospital two days later, where doctors said last week there had been signs that the outspoken politician had been poisoned.

In a statement, the laboratory that carried out the toxicology tests said there was "unequivocal evidence of a chemical nerve agent" present.

Novichok, which means "newcomer" in Russian, applies to a group of advanced nerve agents developed by the Soviet Union in the 1970s and 1980s under the codename Foliant. Some variants of the agent are estimated to be five to eight times more toxic than VX nerve agents, the BBC reported.

According to German news magazine Der Spiegel, experts at the German hospital sought advice from Porton Down, Britain’s secretive laboratory for research on chemical and biological weapons, because of possible similarities with the 2018 Sergei Skripal attack. In that case, Skripal and his daughter Yulia were poisoned with military-grade Novichok.

Nerve agent Novichok: What to know about Russia’s spy poison

What to know about Novichok, the lethal Russian nerve agent reportedly used in Great Britain

The German government’s official statement described the attack on Navalny as an “astounding act” and asked the Russian government to offer an explanation.

“It is a dismaying event that Alexei Navalny was the victim of an attack with a chemical nerve agent in Russia,” Chancellor Angela Merkel’s spokesman, Steffen Seibert, said in a statement. “The German government condemns this attack in the strongest terms.”

The Kremlin said Wednesday it hadn’t been informed yet of Navalny being poisoned with a nerve agent.

Navalny has been a thorn in Putin's side for the past decade. Following his collapse on the plane, Navalny's supporters immediately accused the Kremlin of poisoning his tea.

There have been multiple cases over the years of prominent opponents of Putin claiming they have been victims of poisoning or suspected poisoning at the hands of Russian agents. The country's shadowy spy agencies have found ways over the decades to off their enemies. Some have had their faces melted off while others like Alexander Litvinenko paid with their lives.

Litvinenko, a former spy for the KGB and post-Soviet successor agency FSB, defected from Russia in 2000. He fled to London and became violently ill after drinking tea laced with radioactive polonium-210. He spent the last three weeks of his life in agony and died a slow, sad death.

A public inquiry into his death concluded Putin probably approved of the assassination. It also found that Litvinenko was being paid by the British secret service MI6.

Russia has publicly denied it has ever had anything to do with poisoning critics, including this most recent case.