A PUBGOER was "knocked for six" after he was stung with a £18.27 bill for two pints and has now sparked a debate online.

Sean Murphy forked out the cash for two glasses of Juice Forsyth IPA at Shilling Brewing Company in Glasgow this weekend. 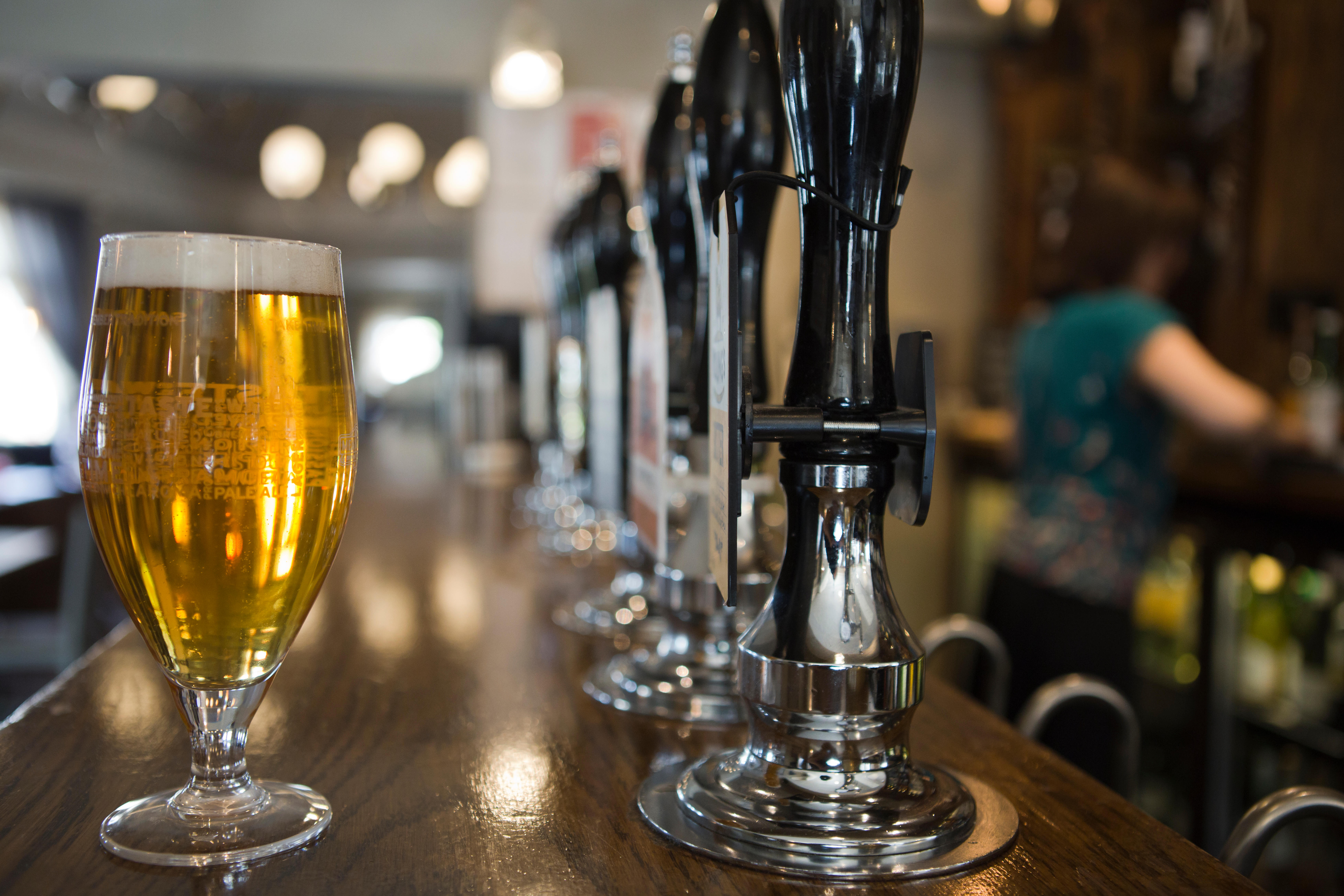 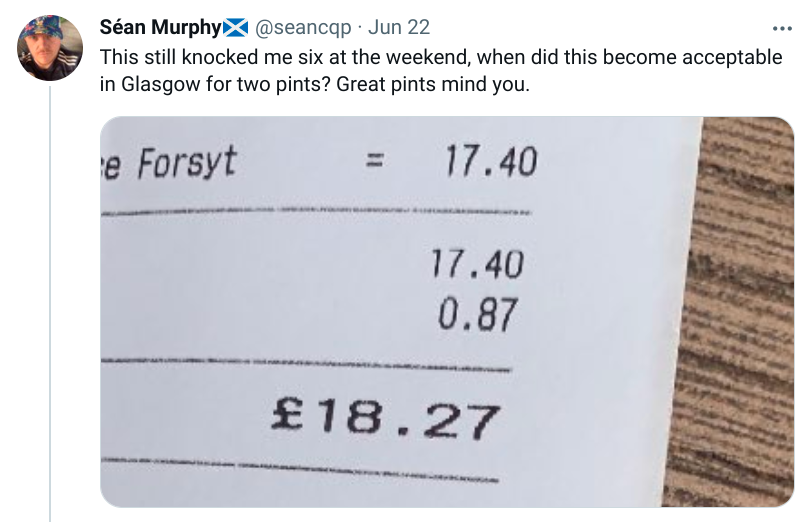 Stunned by the whopping price, he shared the receipt on Twitter – sparking a debate over the price of the booze.

He wrote: "This still knocked me six at the weekend, when did this become acceptable in Glasgow? Great pints mind you."

Naturally, it caused a divide between followers – with some horrified by the cost, but others blaming the customer's choice of tipple.

One person, who shared the pub's drink list wrote: "That's no even the dearest one! Would fancy it being my round in there."

Sean replied: "To be fair, we were about 6 pints deep before we even realised," adding a laughing crying face.

Another wrote: "Sorry I'd have walked out, no pint is worth that, scandalous ripping off the public, places like that should be closed down."

But not everyone was sympathetic, one user wrote: "Hops are really

expensive and some of these craft beers take huge amounts of them as well as expensive malt".

One spotted the pub had charged 87p, which according to Sean was the service charge they added to every round.

Previously, a pub was caught selling pints at £13.40 – sparking outrage.

It left drinkers spluttering in disbelief. Some Twitter users called it “ridiculously marked up” and “hideously expensive”.

One added: “That may be the most expensive I’ve seen it.”

Earlier this month a man claimed he "needed therapy" after he paid £54 for four portions of fish and chips in a London restaurant.

Les Jones, 83, from Yorkshire, was left reeling by the cost of food in the capital.

Vicar Gareth Jones said his dad wanted to treat their family to a chippy tea while visiting from up north.

But he was left horrified when he picked up the bill in Ilford, East London.

Gareth tweeted: "Dad wanted to buy fish and chips last night. We let him and he gave me his card to pay for them delivered.