New York: Ghislaine Maxwell could use her French and British citizenships to avoid justice if she is granted bail by a New York judge this week, prosecutors fear, as lawyers representing Jeffrey Epstein's victims have come out to oppose her release.

Maxwell, 58, who is facing six charges in connection with her alleged involvement with Epstein's sex ring, has been held in a Brooklyn jail since July.

Her lawyers have sought to convince US district judge Alison Nathan that she is not a flight risk, despite Maxwell holding French and British passports, as well being a naturalised US citizen. 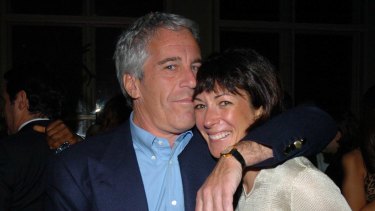 At an earlier hearing, Maxwell offered to waive her rights to oppose any future extradition from Britain or France.

This offer was dismissed as "meaningless" by prosecutors in a submission filed to the court on Friday.

"It provides no additional reassurance whatsoever and, with respect to France, is based on an erroneous assessment of France's position on the extradition of its nationals," they said. 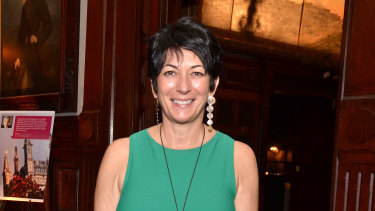 Ghislaine Maxwell has long denied that she took part in or knew about any sexual misdeeds.Credit:Bloomberg

Prosecutors contacted the French Ministry of Justice and were told the country does not extradite its citizens.

Her pledge to waive her rights to contest extradition from the UK also carried no weight.

"Consent given to authorities in the United States would not be binding in the United Kingdom, and the defendant could easily decide not to consent to extradition once found abroad."

The US authorities could try to push for the waiver to be enforced, but this would lead to "prolonged litigation", prosecutors added.

Lawyers acting for Epstein's victims made clear that they also opposed bail. "For the most part, these are rehashed arguments that seem no more persuasive now. I don't see her being granted bail," said Brad Edwards, who represents 48 victims.

"On the other side of these repackaged arguments are very strong, credible victims whose voices not only matter in the eventual trial but those same powerful voices matter now. Those victims deserve to be safe, which isn't possible if Ghislaine gets bail."

Lisa Bloom, who represents eight victims, said: "With her multiple passports, immense wealth and high-profile friends who could harbour her, Ms Maxwell is a clear and present flight risk.

"We hope the court will keep her in jail where she belongs so that she can ultimately face justice for the tremendous pain she has caused to so many women." Another victims' lawyer, Gloria Allred, added: "I represent a number of women who allege that they were victims of Maxwell.

"They would be devastated if she were released and then was able to flee and evade standing trial for the crimes alleged against her. I oppose her release on bail."

Prosecutors were dismissive of Maxwell's assertion that her marriage to tech CEO Scott Borgerson, who has offered to put up more than $22 million ($28.9 million) in security, constituted strong family ties to the US.

Prosecutors said the couple were divorcing, which "undermines her assertion that her marriage is a tie that would keep her in the United States".

Maxwell's offer to submit to electronic monitoring and accept surveillance by security guards was also insufficient, the court was told.