No royal fanfare here! Princess Anne makes surprise visit to New York City to attend gala and … for a trip on the Staten Island ferry to pursue her passion for lighthouses in second public engagement since the Queen’s death

Princess Anne has arrived in New York City on a surprise visit Stateside.

The Princess Royal, 72, was greeted by His Majesty’s Consul-General for New York, Mrs Emma Wade-Smith, and was later the guest of honor at a gala dinner for the English Speaking Union at the Cosmopolitan Club.

According to its website, the English-Speaking Union of the United States is a non-profit educational charity that employs the English language to foster global understanding and goodwill through educational opportunities and cultural exchange programs.

Her Royal Highness made an address at the black tie event, but by far the most unusual activity for her short visit to the Big Apple was to take a trip on the Staten Island Ferry. 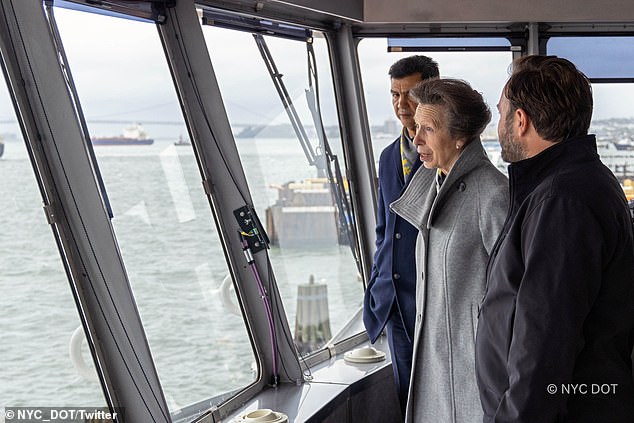 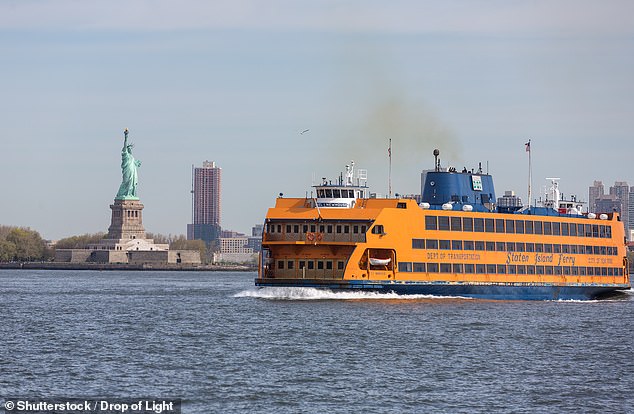 The ferry’s runs around the clock making a five mile journey across New York Harbor between the boroughs of Manhattan and Staten Island, with ferry boats making the trip in about 25 minutes 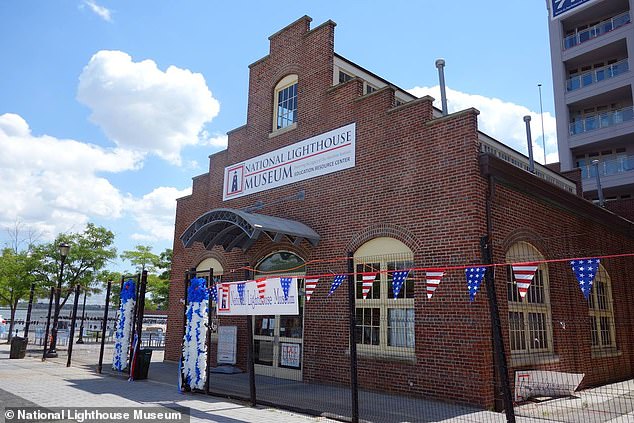 Whilst in the borough she visited the National Lighthouse Museum in St. George 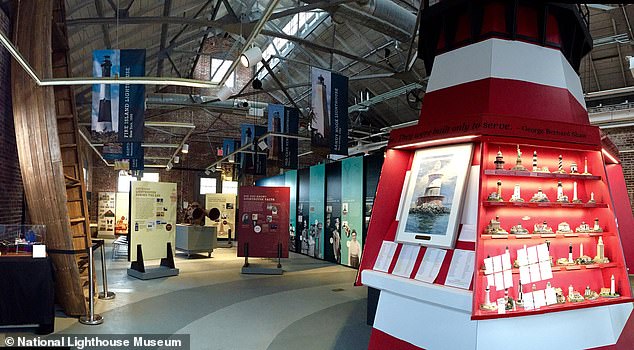 The princess is known for her love of lighthouses. The museum is planning at $20 million expansion 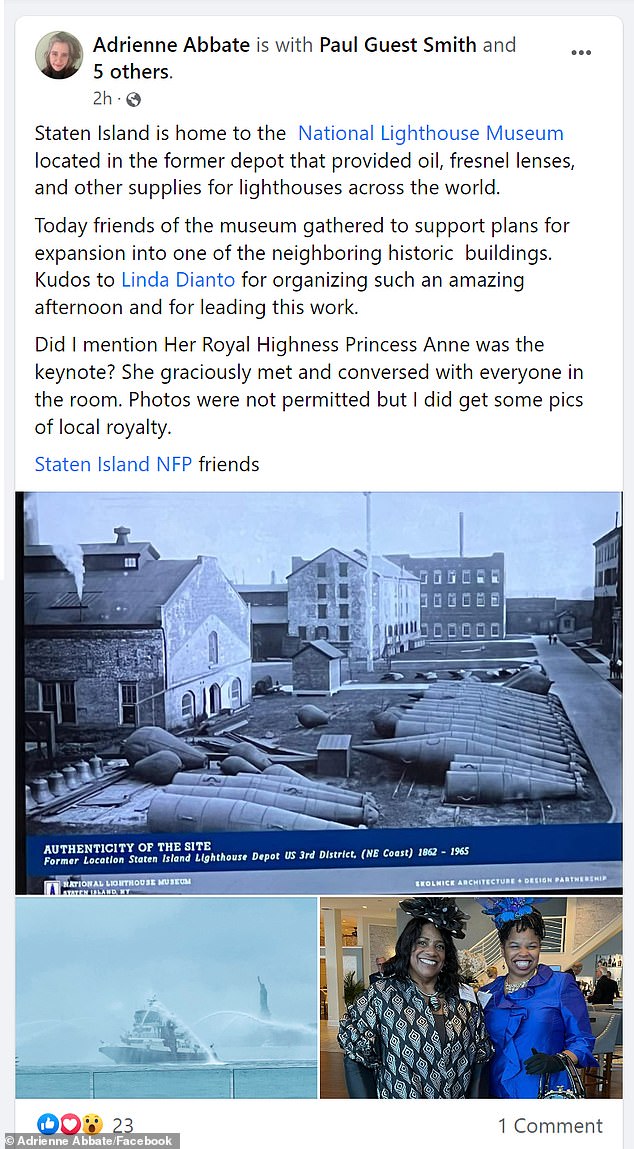 ‘We were pleased to welcome Her Royal Highness Princess Anne to the #StatenIslandFerry today,’ the New York Department of Transportation tweeted.

The ferry runs around the clock making a five-mile journey across New York Harbor between the boroughs of Manhattan and Staten Island, with ferry boats making the trip in about 25 minutes.

Around 75,000 New Yorkers and tourists alike take the free ride each day.

Anne’s trip to the borough of Staten Island included a visit to the National Lighthouse Museum in St. George, which is planning a huge $20 million expansion. 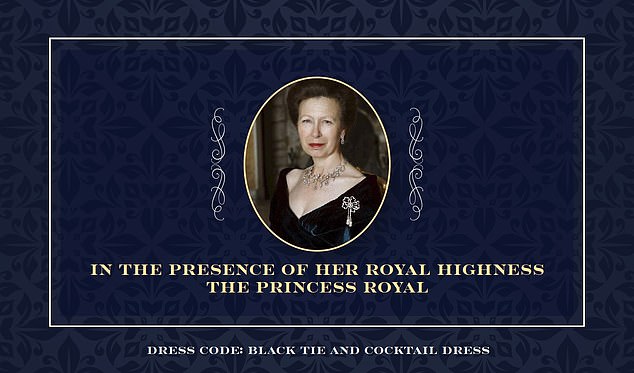 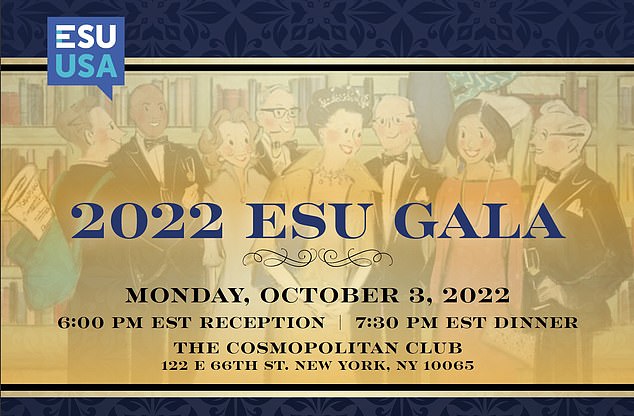 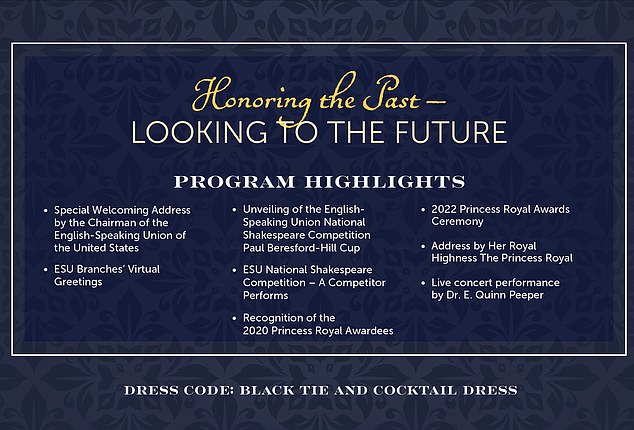 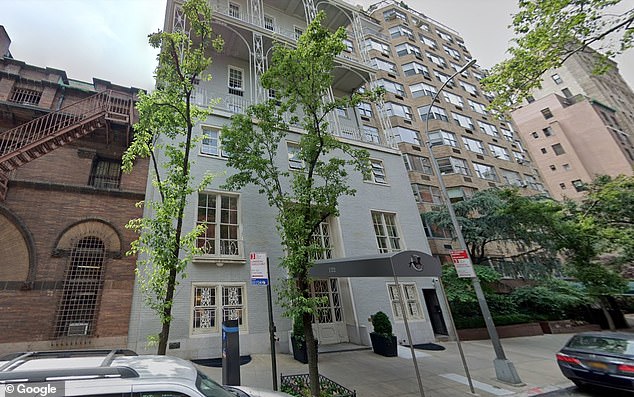 Exterior of the Cosmopolitan Club at on New York’s Upper East Side where guests can attend a class, lecture or host a special event 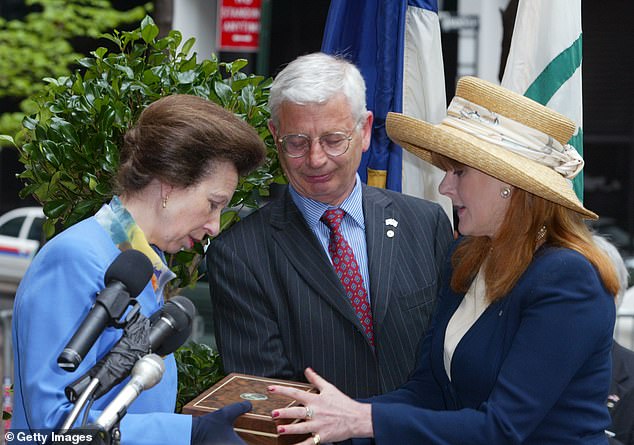 Princess Anne also visited New York in 2003 at the  creation of the British Royal Garden in Hanover Square in downtown Manhattan. The garden is intended to offer the people of New York City a place to reflect upon the close friendship and shared alliances linking Britain and the US

The princess is known for her love of lighthouses and is the honorary chair of the National Lighthouse Museum’s Campaign For Illuminating Future Generations.

In the early 2000s, she made it her personal quest to visit every single one of the 215 lighthouse that surrounds the Scottish coast.

The princess’s hobby is so consuming that she also visits many lights secretly on private yachting jaunts with her husband Vice Admiral Tim Laurence.

It is thought her interest in pharology – the technical term for the study of lighthouses – was sparked as a five-year-old when she accompanied the Queen on a visit to Tiumpan Head in Lewis on the Isle of Lewis in the Outer Hebrides of Scotland.

The monarch died on September 8 at Balmoral in Scotland while surrounded by members of her close family.

Anne then accompanied the coffin back to Buckingham Palace.

Over the course of the last few weeks, she paid numerous tributes to her late mother.

Following her death, the princess wrote: ‘I was fortunate to share the last 24 hours of my dearest Mother’s life. It has been an honour and a privilege to accompany her on her final journeys.

‘Witnessing the love and respect shown by so many on these journeys has been both humbling and uplifting. We will all share unique memories. I offer my thanks to each and every one who shares our sense of loss.

‘We may have been reminded how much of her presence and contribution to our national identity we took for granted. I am also so grateful for the support and understanding offered to my dear brother Charles as he accepts the added responsibilities of The Monarch. To my mother, The Queen, thank you.’ 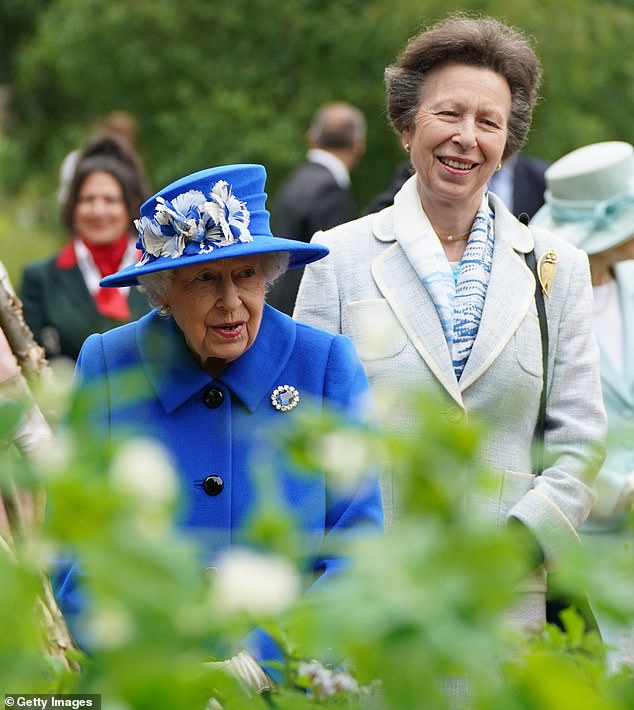 Queen Elizabeth II and Princess Anne, Princess Royal make a visit to Glasgow together in June 2021 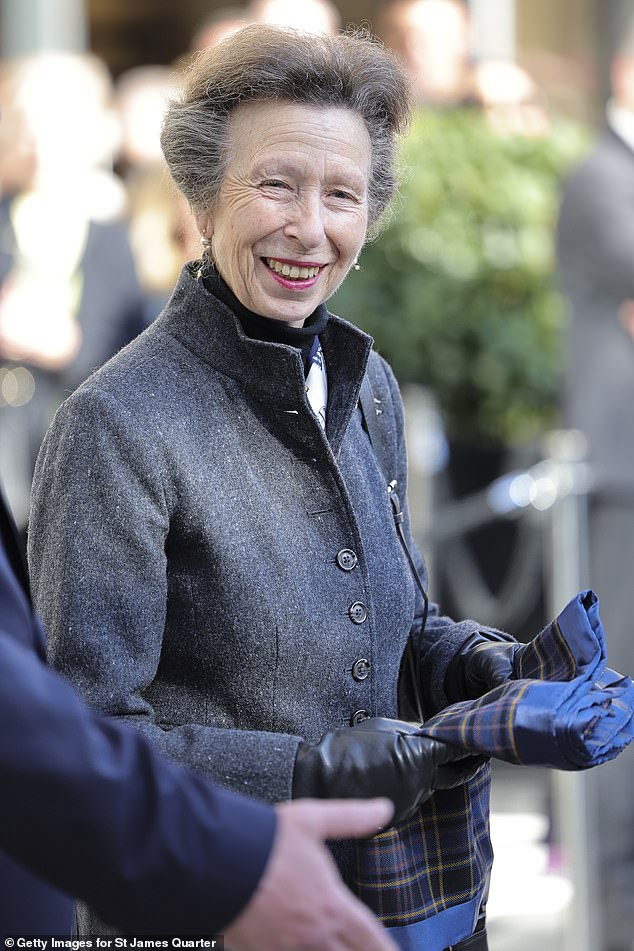 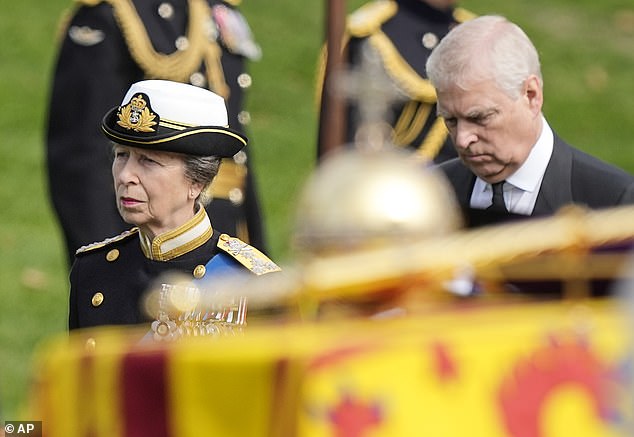 Princess Anne, and Prince Andrew, from left, passing the coffin of their mother during the state funeral service of Queen Elizabeth II last month 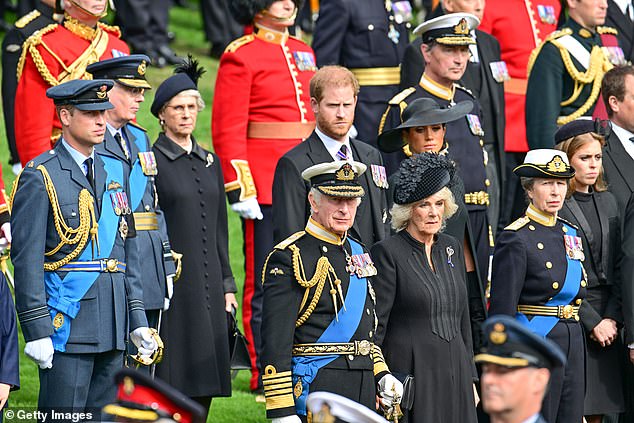