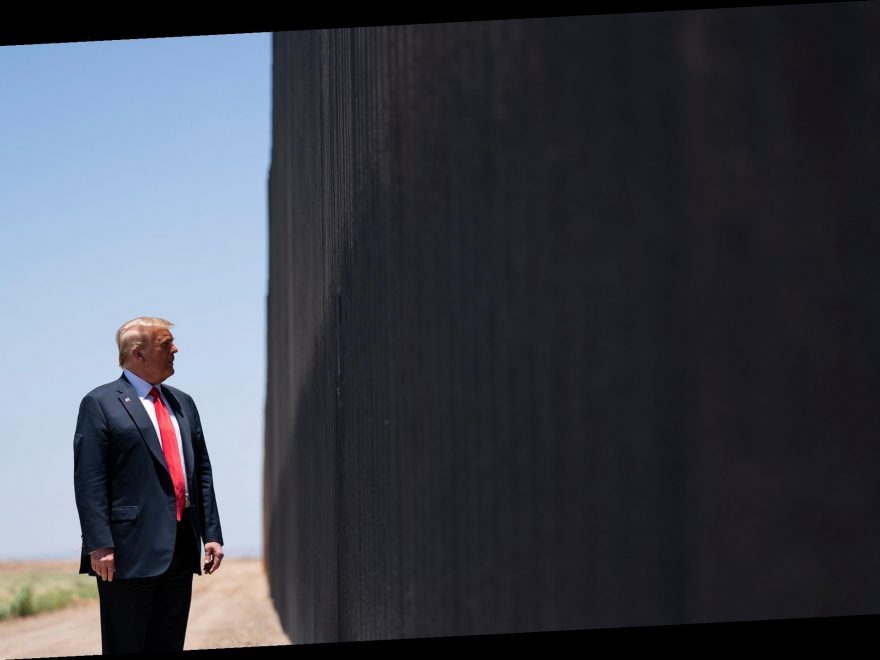 Pelosi says she likes 25th Amendment: It ‘gets rid’ of Trump

AOC: ‘Main priority is to ensure the removal of Donald Trump’

Mick Mulvaney explains why he resigned after Capitol riot

President Trump will travel to Texas this week in an apparent final visit to review progress in the construction of the southern border wall that was a priority of his 2016 campaign, the White House said on Saturday.

The press release provided few details other than Air Force One will arrive in Harlingen, Texas, on Tuesday.

But the statement was released as Mark Morgan, the commissioner of Customs and Border Protection, tweeted that 450 miles of the wall had been completed.

“They said we’d never get it done, but we did. To say that 450 miles of steel and concrete in the ground is a remarkable achievement is an understatement,” Morgan said in a posting on Saturday. “Our border is more secure because of the border wall system.”

Reports earlier this month​ said Morgan announced ​in a press call that the administration wanted to lock in new contracts for another 300 miles of border wall before Jan. 19, the day before Trump leaves office and President-elect Joe Biden enters the White House.​

The border wall became a rallying cry at Trump campaign stops during the 2016 election.

According to the CBP, at least 365 miles of the wall replaced primary or secondary fencing that had been dilapidated or of outdated design since January 2017.

Most of the work on sections of a new wall have been caught up in legal fights over due process as landowners challenge the federal government’s ability to take their land for the wall.