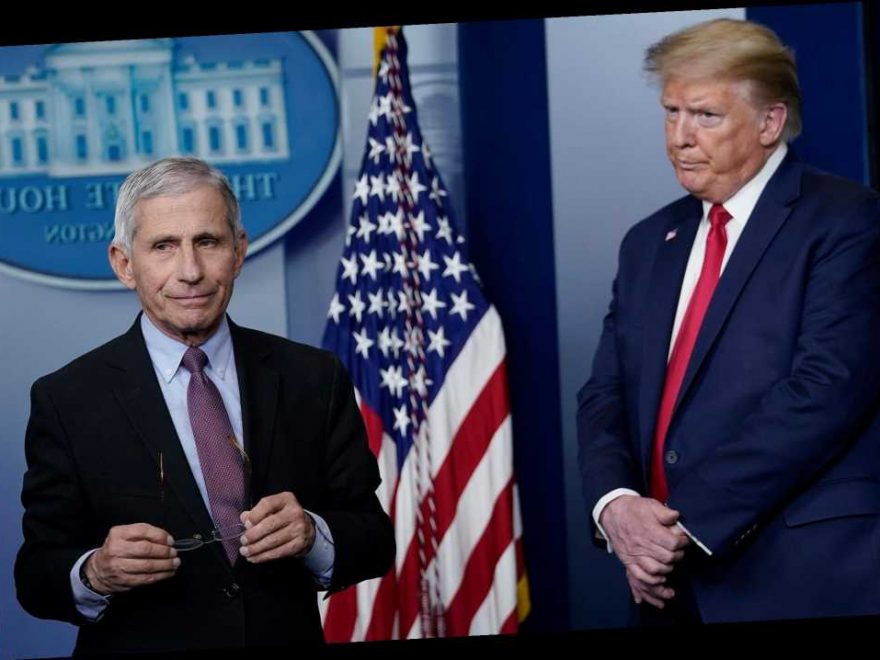 Fauci fires back after Trump claims COVID deaths are ‘exaggerated’

‘America is the Great Satan’: Iraqis protest US on anniversary of Soleimani’s death

President Trump on Sunday griped that the news media is giving Dr. Anthony Fauci credit for the coronavirus response that he deserves — declaring that the nation’s top infectious disease expert “works for me.”

“Something how Dr. Fauci is revered by the LameStream Media as such a great professional, having done, they say, such an incredible job, yet he works for me and the Trump Administration, and I am in no way given any credit for my work,” the president wrote on Twitter.

“Gee, could this just be more Fake News?” he said about Fauci, a member of the White House coronavirus task force.

The president’s posting came about an hour after Fauci appeared on ABC News’ “This Week” and disputed the president’s earlier tweet that the US coronavirus death toll is “exaggerated.”

“The number of cases and deaths of the China Virus is far exaggerated in the United States because of @CDCgov’s ridiculous method of determination compared to other countries, many of whom report, purposely, very inaccurately and low. ‘When in doubt, call it Covid.’ Fake News!” the president said.

“The deaths are real deaths. All you need to do is go out into the trenches, go to the hospitals, see what the healthcare workers are dealing with,” Fauci said on ABC.