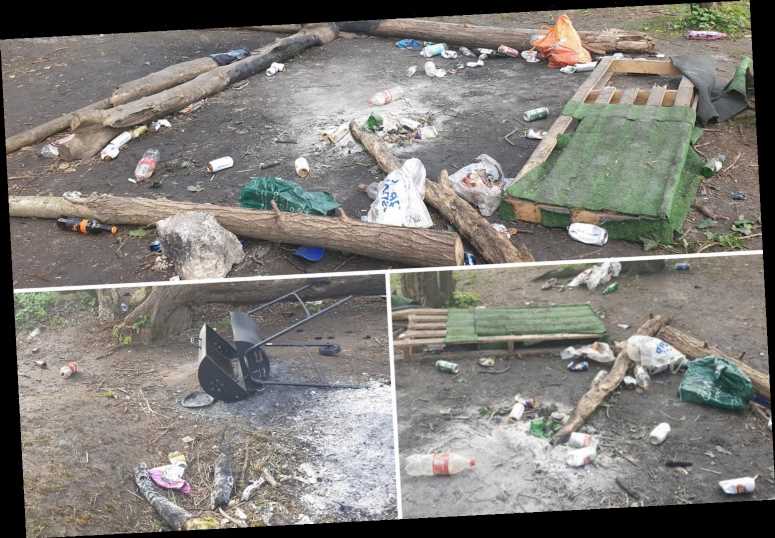 POSH Oxford students are said to have left a nature reserve looking like a bomb site after an illegal rave.

They left smashed bottles, cans, faeces and a burned-out barbecue at Aston’s Eyot, an island on the Thames.

Volunteers described the mess as “the greatest single act of vandalism we have seen in decades managing the site”.

The island is a conservation area for deer, red kites and one of Britain’s rarest butterflies — the brown hairstreak.

The party was traced back to the 466-year-old college after a student left a face mask branded with the Trinity logo on it.

College bosses emailed all students, vowing to look into the lockdown breach and telling others to stick to rules.

Students at Jacob Rees-Mogg’s old college said they were “shocked and disgusted” and branded the attendees “absolute t*ts”.

One told The Sun: “I’m just sick of these rich kids getting away with such entitled behaviour and dragging the rest of us down with them. They left it looking like a bomb site.”

But the revellers posted back, claiming “haters” were just jealous because they did not get invited to last Saturday’s bash, attended by more than 20 people.

Oxford University and Trinity College failed to respond to requests for comment.