A GROUP of mothers dressed in yellow shirts faced off with federal agents in Portland during another night of heated protests against racial injustice.

Federal cops armed with assault rifles pushed back against the helmet-wearing parents protesting their presence in Oregon on Tuesday night. 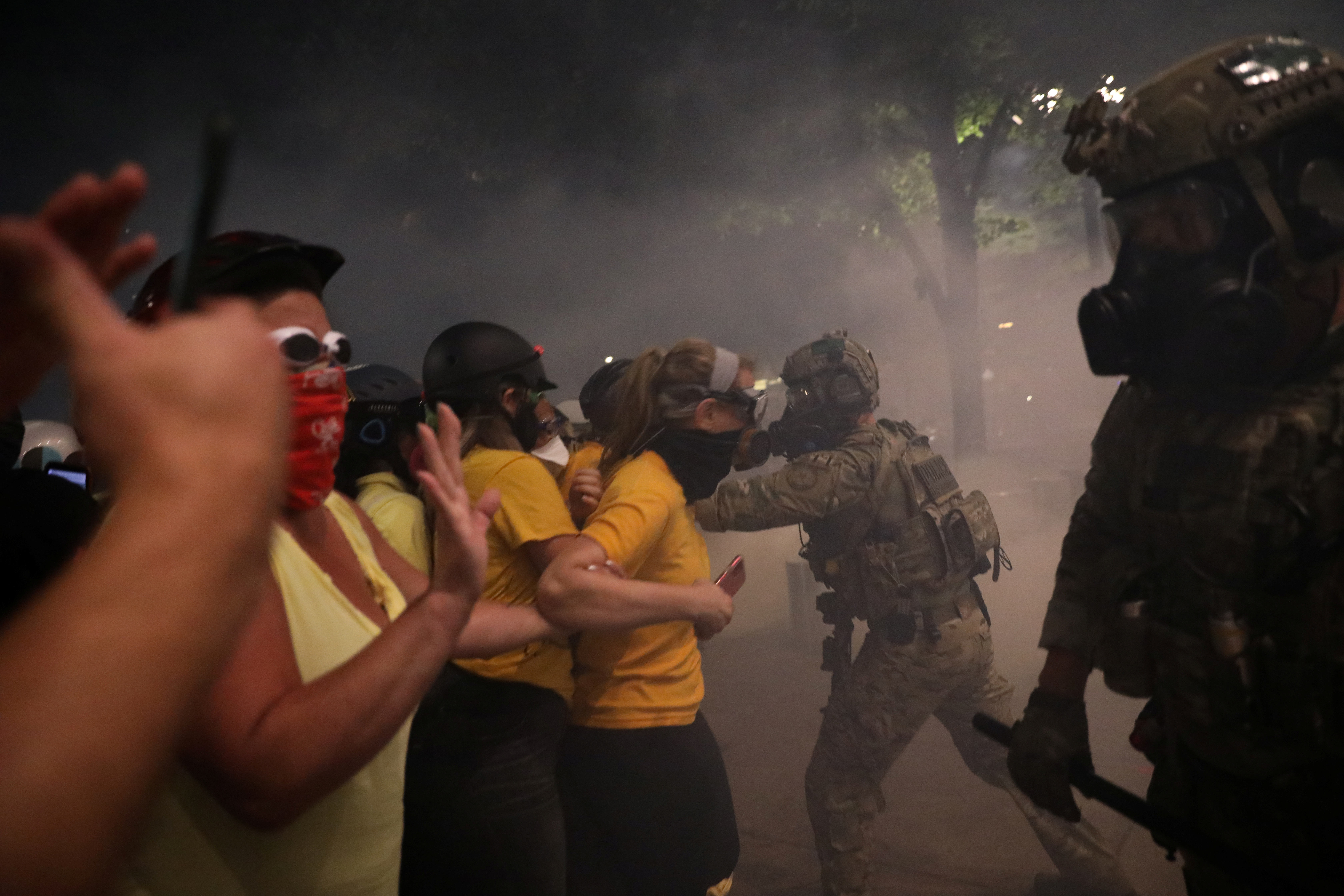 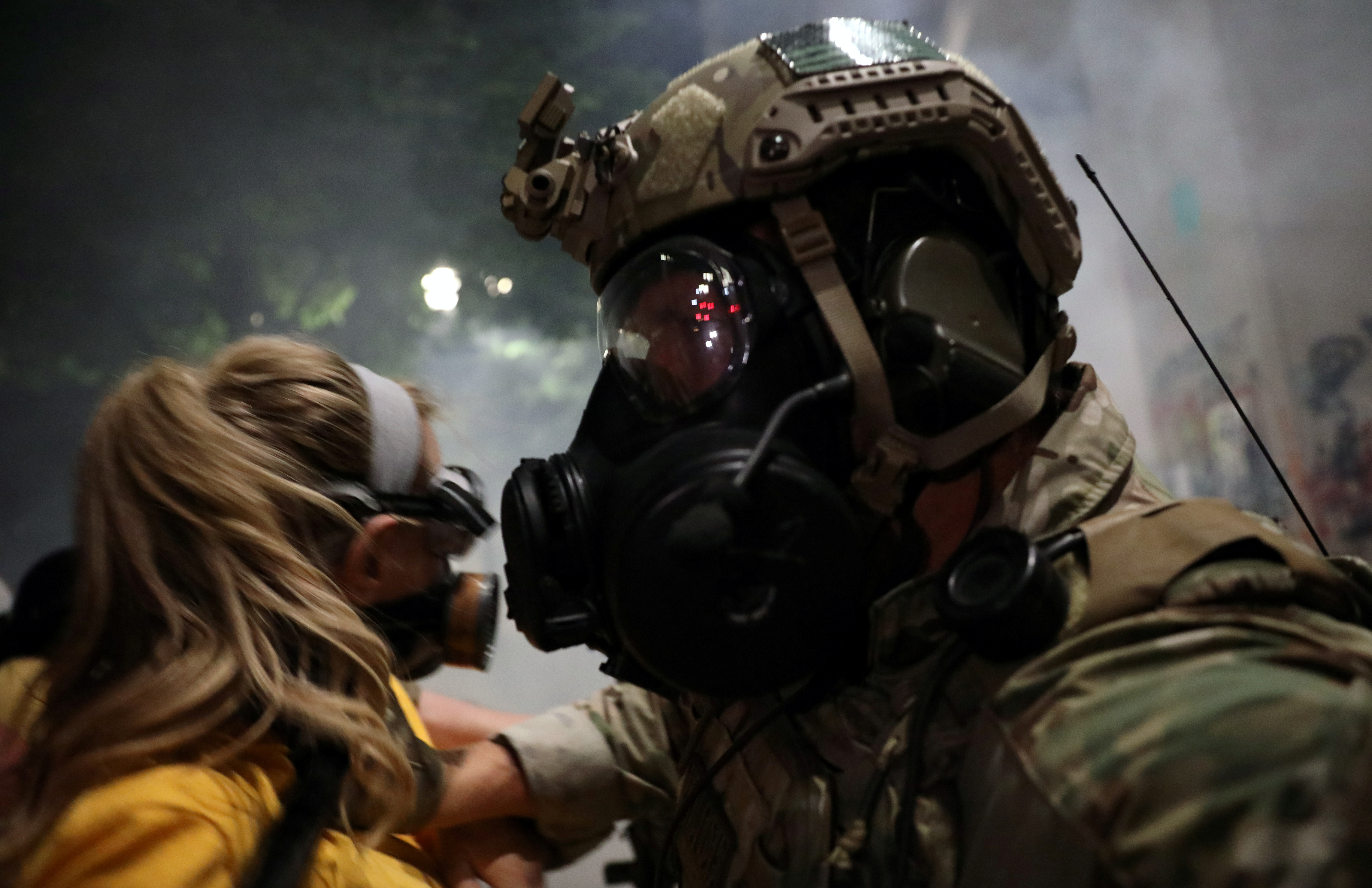 The "Wall of Moms", which formed less than a week ago, acted as human shields for Black Lives Matter protesters during the 55th night of protest in the liberal city.

Wall of Moms organizer Jennie Vinson told the Washington Post she and many others were compelled to act following the death of George Floyd in Minneapolis.

"When you’re a mom you have this primal urge to protect kids, and not just your kids, all kids," the 43-year-old said.

“To see a grown man reaching out and calling for his mother — I think that was a transformational moment for so many of us. It’s like: What choice do we have but to do this?"

Footage captured on Tuesday in Portland showed police officers shoving some of the women in the chest while tear-gassing dozens of demonstrators.

Cops dressed in tactical gear pushed the moms back with their batons and fired less-lethal bullets into the crowd of protesters in front of the federal courthouse.

The group linked arms for the fourth night and held peace signs and banners, some of which branded federal law enforcement as the "Gestapo."

One sign read: "So now we're gassing Moms for expressing opinions. You ok with this America?"

Outside the central police precinct, demonstrators waved their cellphones as they sang a rendition of We Shall Overcome.

Moments after midnight, the situation turned ugly when protesters were rushed outside the courthouse by federal officers as they tried to remove the fencing around the building. 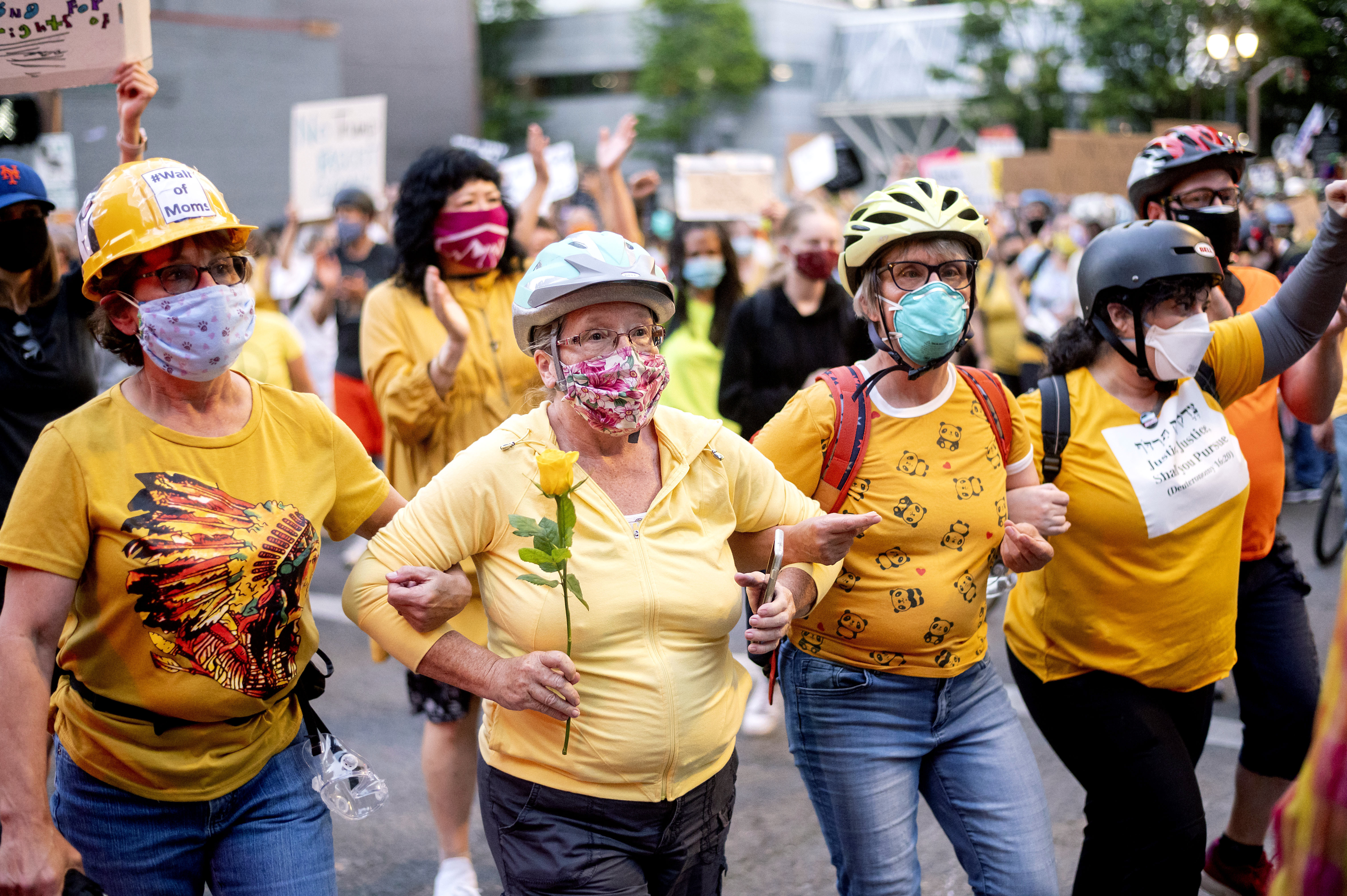 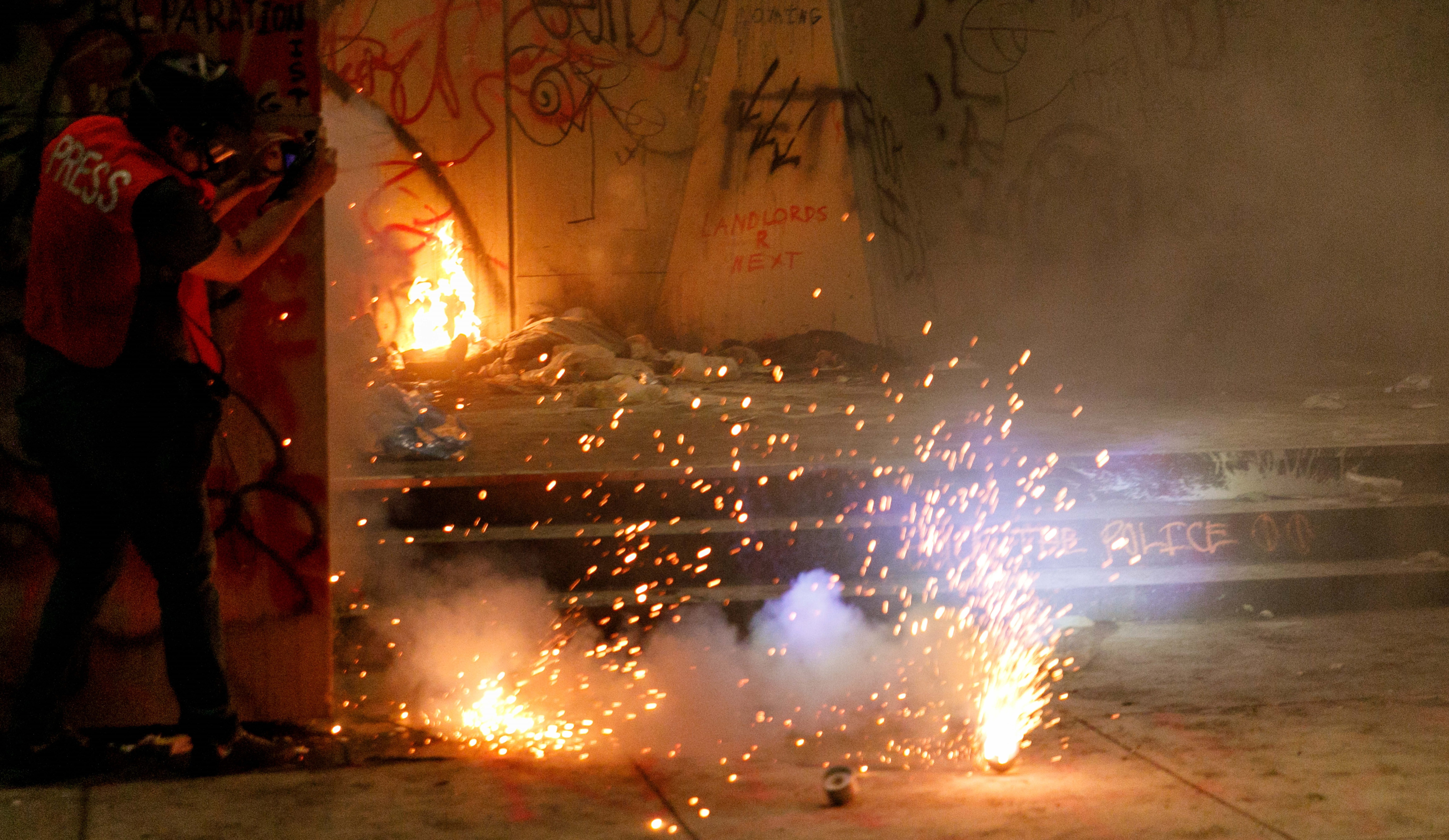 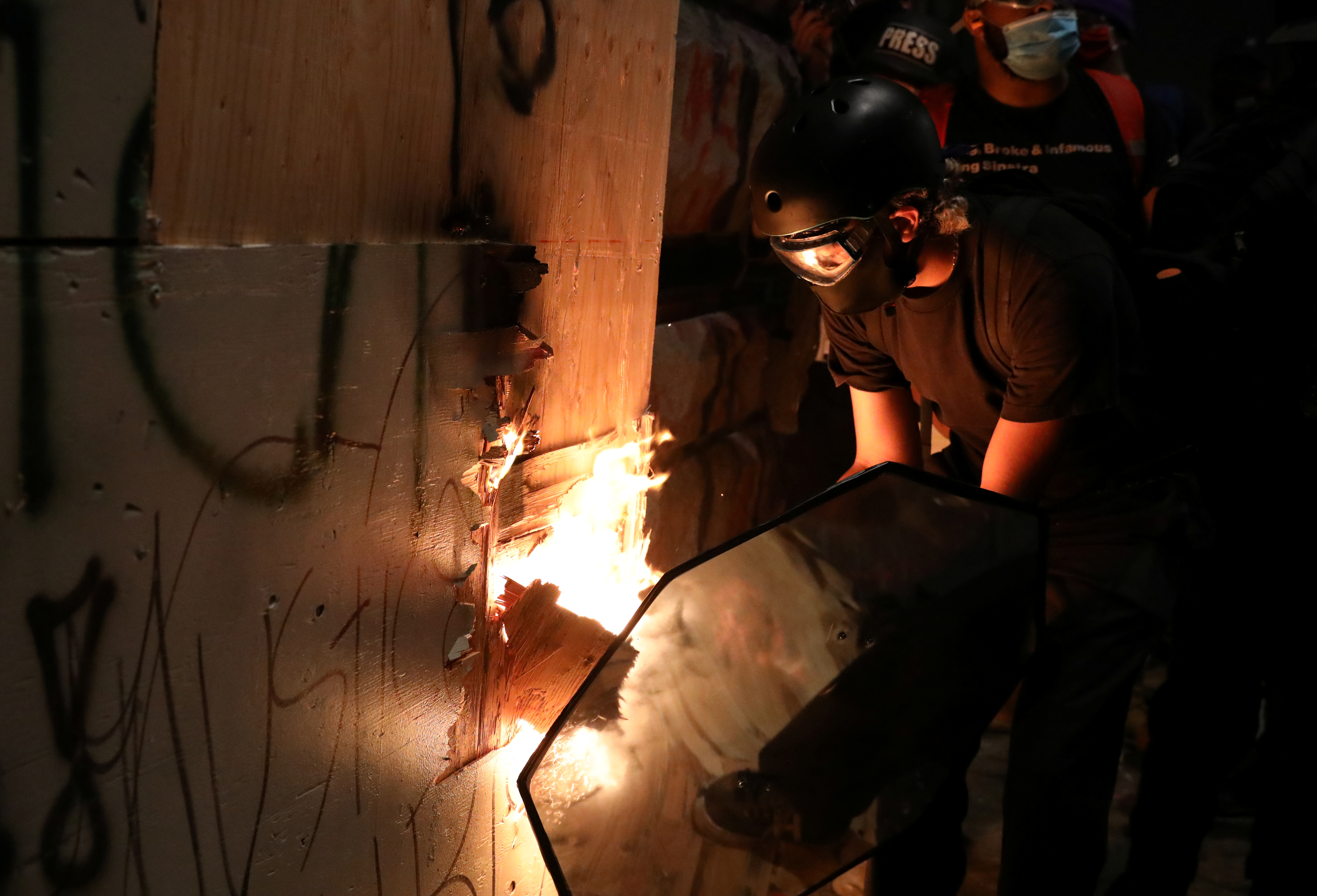 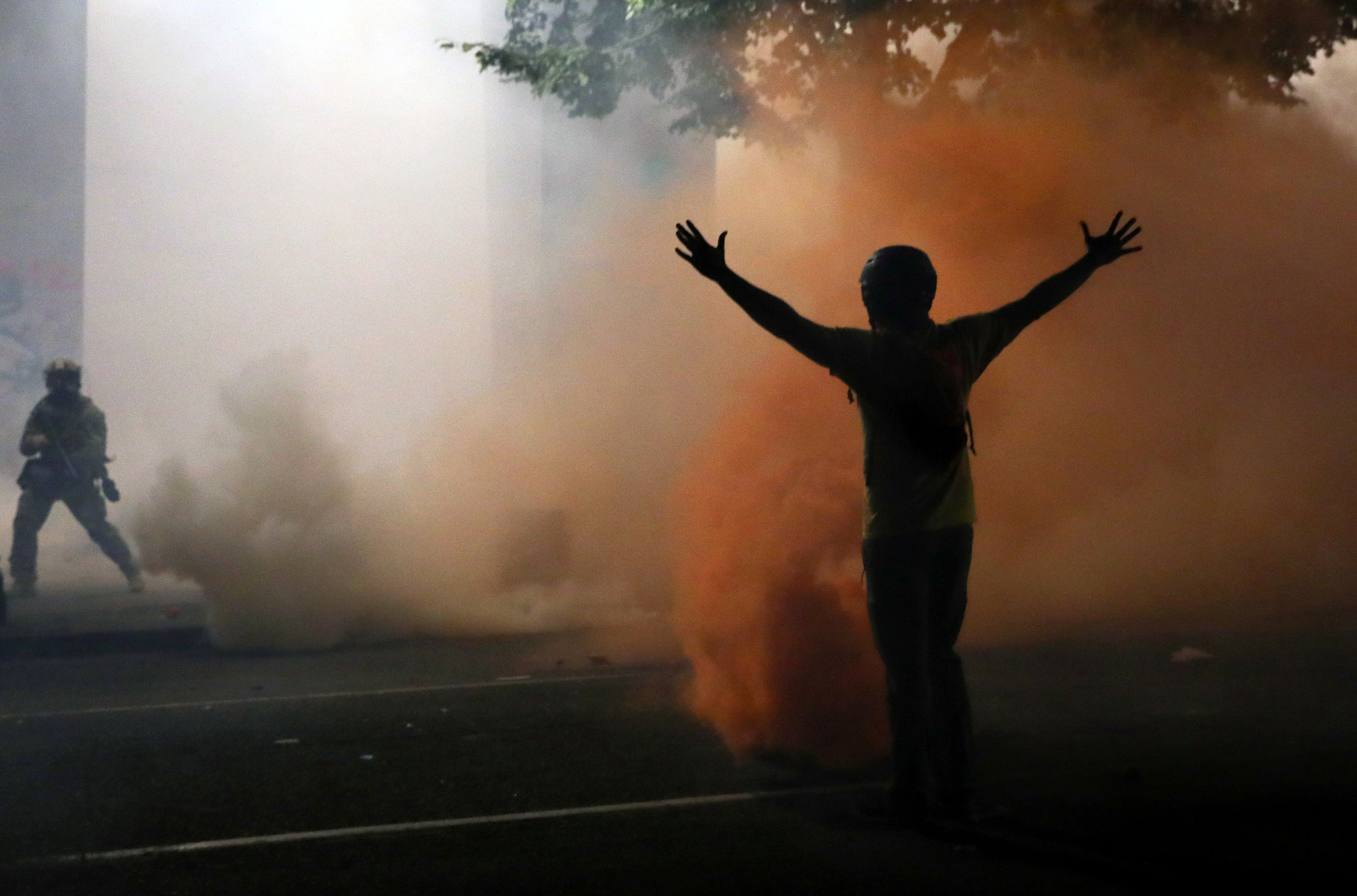 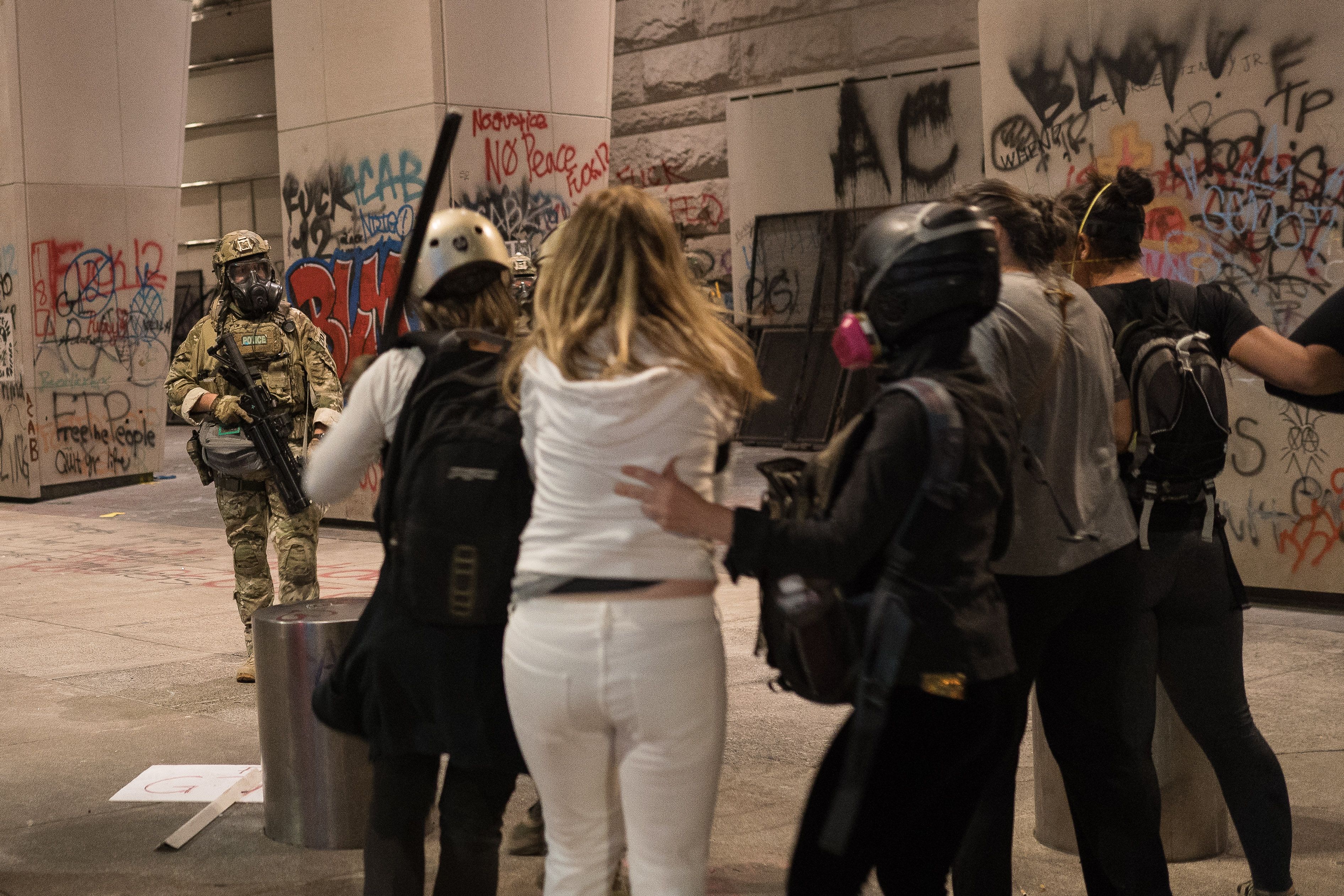 The nascent collective of parents has organized in anticipation of federal law enforcement being deployed to Democratic-led cities under the instruction of President Donald Trump.

Earlier this week, Trump vowed to "straighten things out" in cities run by "left-wing" politicians, claiming that the areas are "like war zones."

He maligned Democratic governors who "don't want to ask" for help, suggesting that they were acting "proud."

"And if the cities are not going to straighten out, or local politicians … they’re all Democrats."

"They’re all liberal, left-wing Democrats,” he added. “And it’s almost like they think it is going to be this way forever." 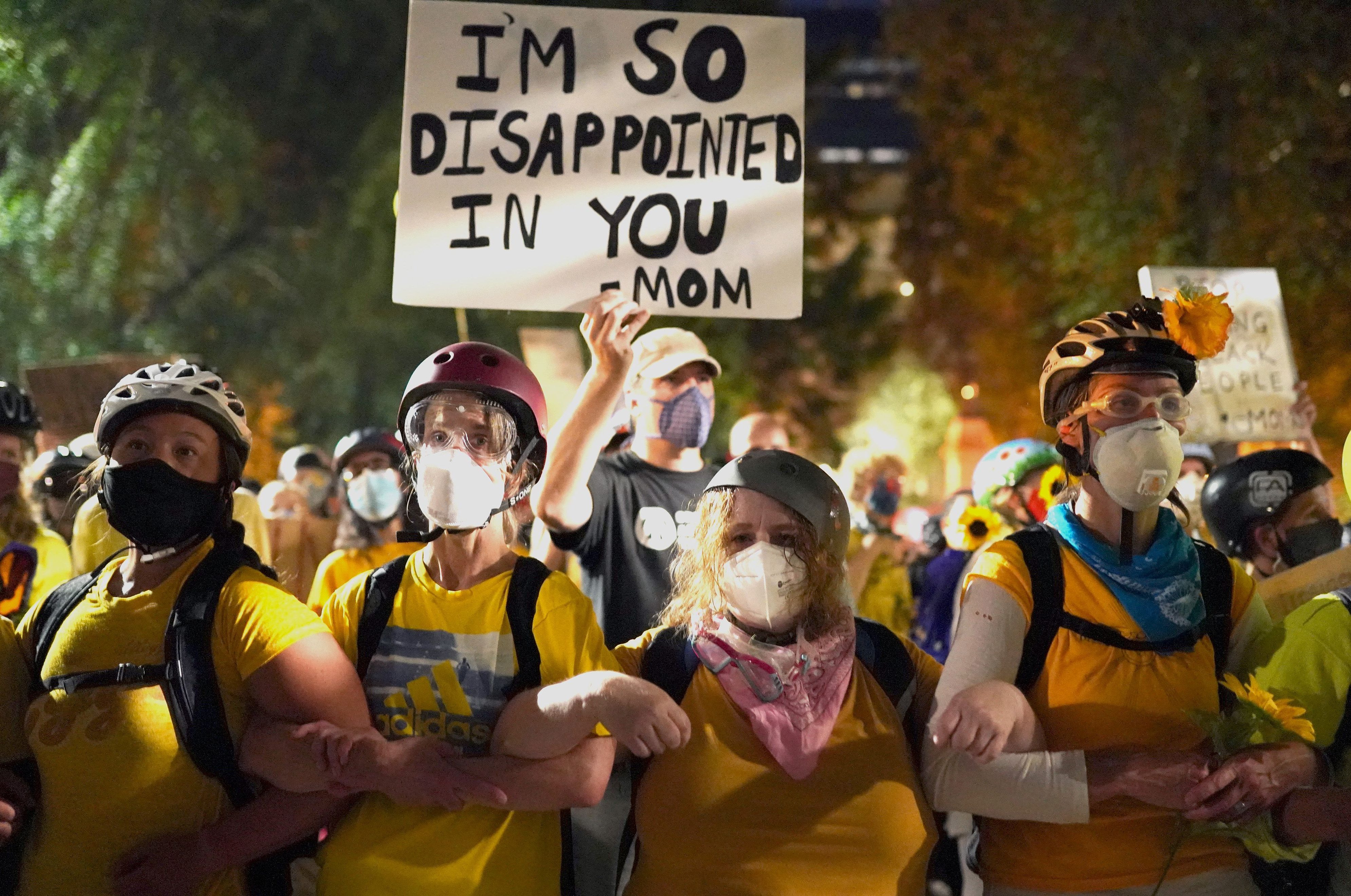 But Portland Mayor Ted Wheeler has slammed the federal response, asserting that the presence of federal agents has only agitated the situation.

"Well, the president has a complete misunderstanding of cause and effect," Wheeler said on Sunday.

"What's happening here is, we have dozens, if not hundreds of federal troops descending upon our city. And what they're doing is, they are sharply escalating the situation." Trump says he is 'obligated' to nominate SCOTUS justice without delay
We and our partners use cookies on this site to improve our service, perform analytics, personalize advertising, measure advertising performance, and remember website preferences.Ok