POPE Francis has greeted Spiderman at the Vatican after the superhero swung by on his way to visit sick children in hospital. 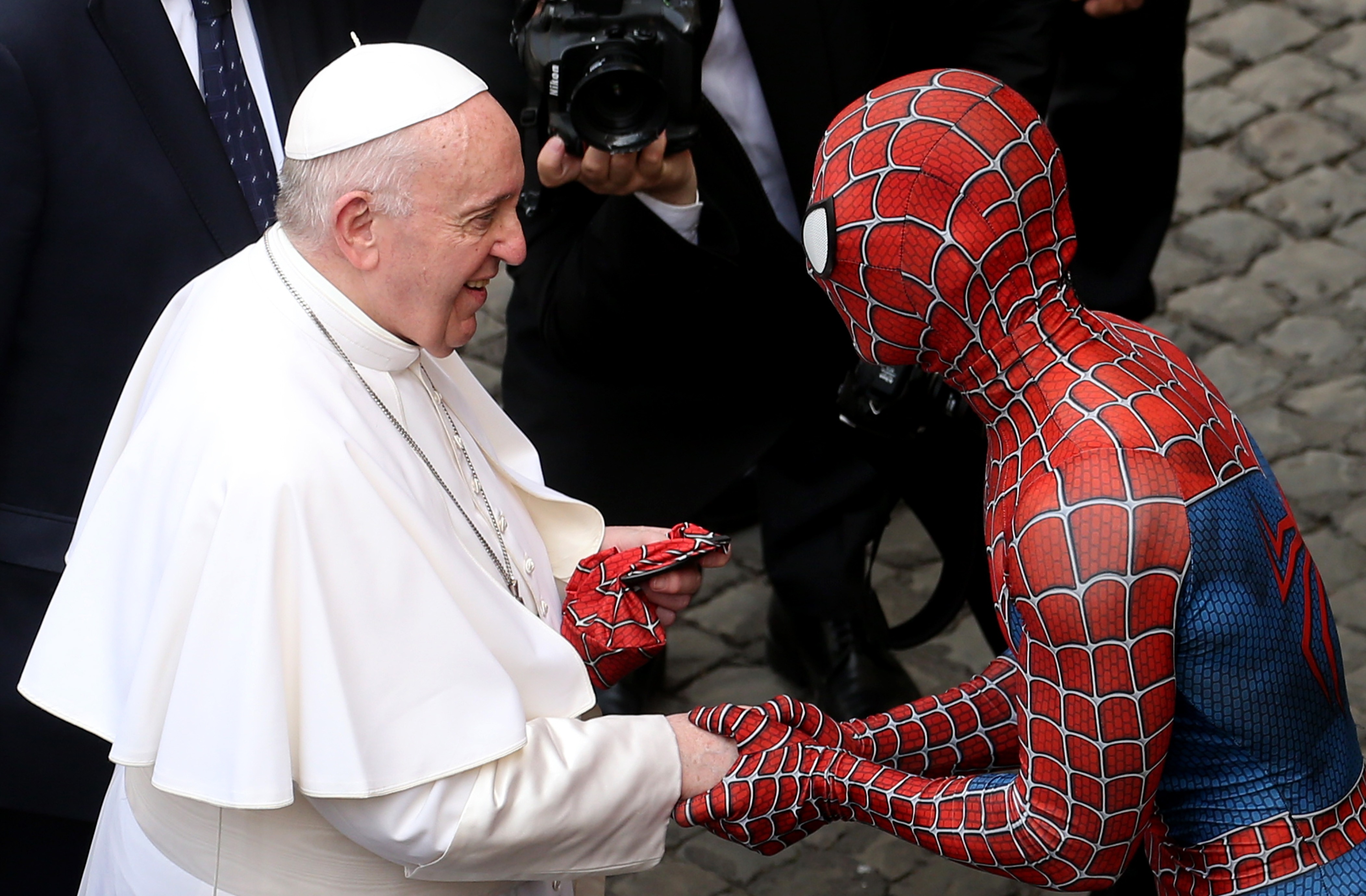 However, photos of the pair greeting one another suggest the Pope took it all in his stride, while Spider-man himself looked comfortable spinning stories to the religious figure.

The man behind the marvellous mask is 27-year-old Mattia Villardita, from northern Italy.

In a heart-warming twist to the meeting, Mattia is a superhero in his own right – having been honoured with a place in the VIP section on account of his work with sick children.

The big-hearted Italian aims to brighten up childrens’ time in hospital, swinging by their wards while clad in superhero costume.

Last year, Italian President Sergio Mattarella awarded Mattia for his work, appointing him as Knight of the Order of Merit of the Italian Republic, La Stampa reports.

Mattia has reportedly suffered from health problems himself since birth.

At the end of the Pope’s public appearance, the pair were introduced, and Spidey gave the pontiff a Spider-Man mask.

Whether or not he will wear it during his holy duties remains to be seen. 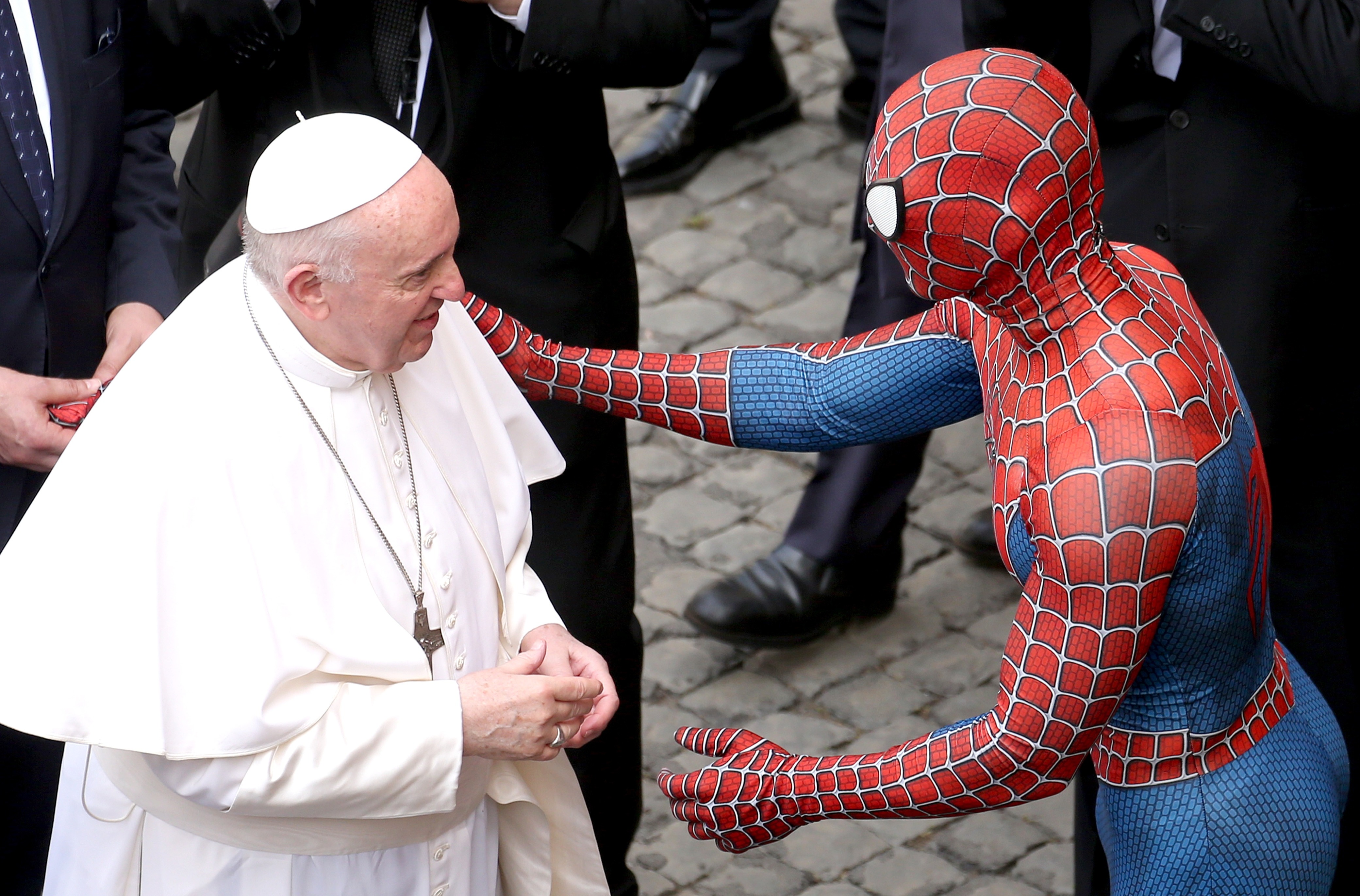 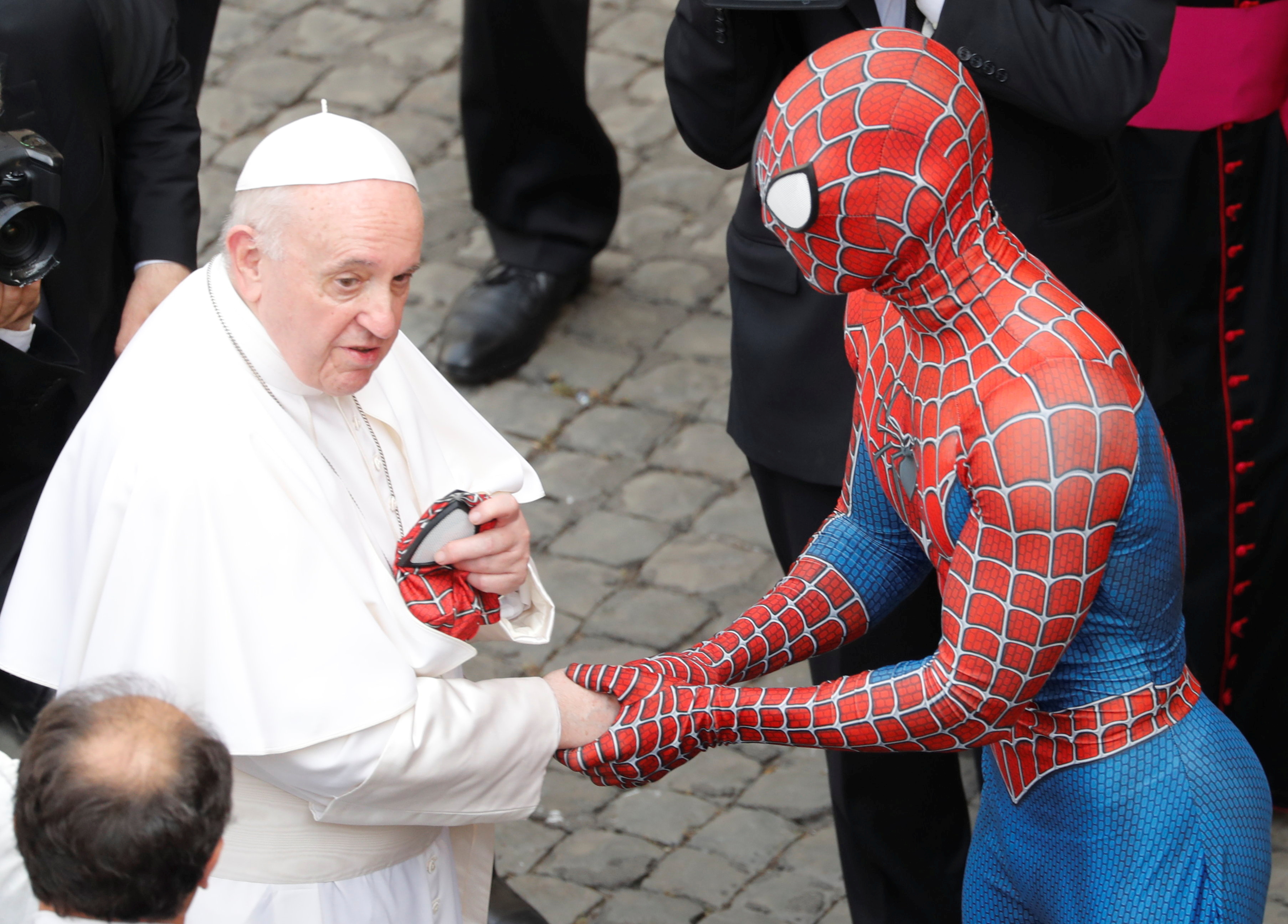