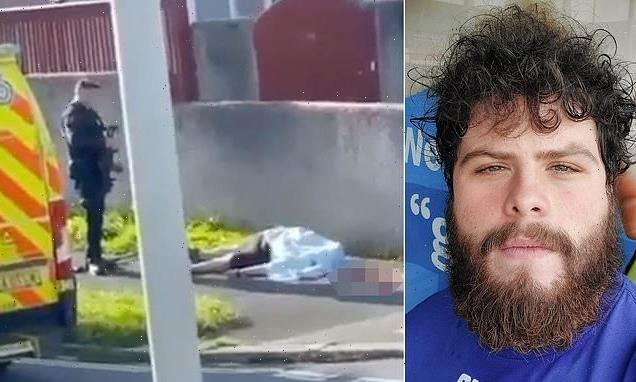 A Devon and Cornwall police officer and member of staff will be investigated over their handling of Plymouth gunman Jake Davison’s shotgun licence application, and decision to return his weapon to him weeks before he killed five people.

Davison, 22, went on his 12-minute murderous rampage in the Keyham area of Plymouth before turning the gun on himself in horrifying scenes earlier this summer.

It was revealed that the trainee crane operator had his weapon returned to him by Devon and Cornwall Police in July – despite an earlier incident in December 2020 that saw the weapon confiscated.

The gun was returned to him just weeks before the rampage after he attended an anger management course – with police deeming him as being fit again to possess the three-shot shotgun.

An IPOC spokesman said a gross misconduct notice has been issued to a member of police staff in relation to Davison’s original application for a shotgun certificate in July 2017, as well as their decision to return his shotgun in July 2021.

Chief Constable Shaun Sawyer said Davison had the gun under a ‘sporting licence’ designed to be used for clay pigeon shooting, but that had been revoked after he assaulted two teenagers in a park in September 2020.

A serving police officer who was responsible for investigating the assaults admitted by Davison in 2020 was handed a misconduct notice by the IOPC on Wednesday. 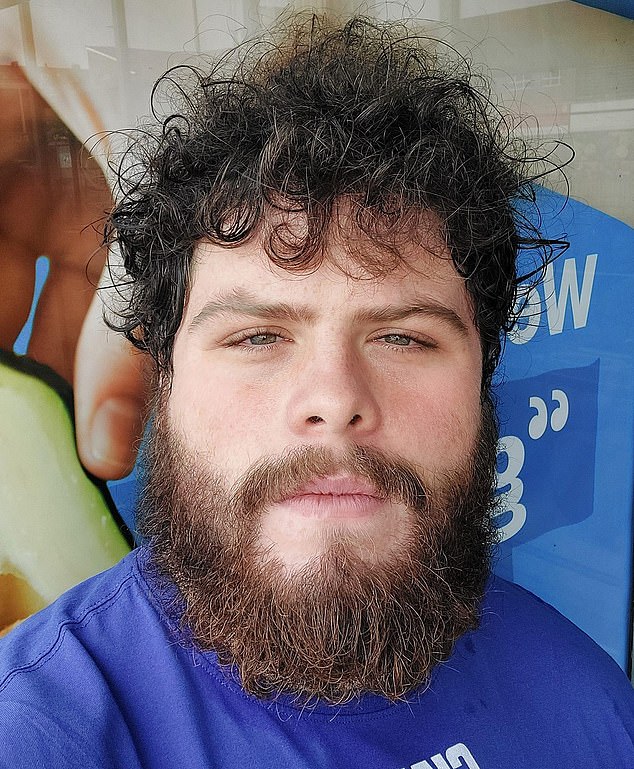 The gunman who shot and killed five people in Plymouth before turning his gun on himself was named by locals as Jake Davison, 23 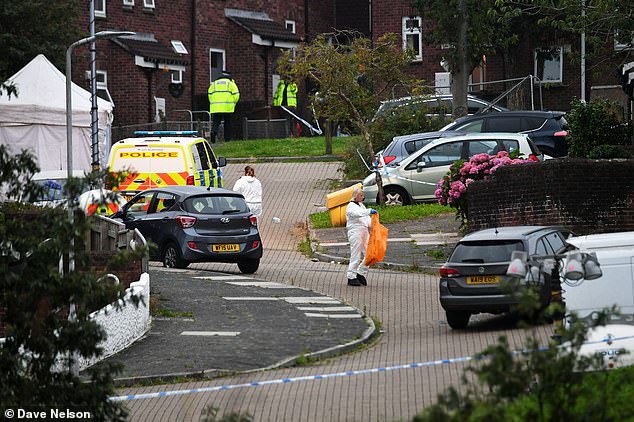 Police forensic officers at the scene in Biddick Drive, Plymouth where five people were murdered by a gunman who turned the weapon on himself 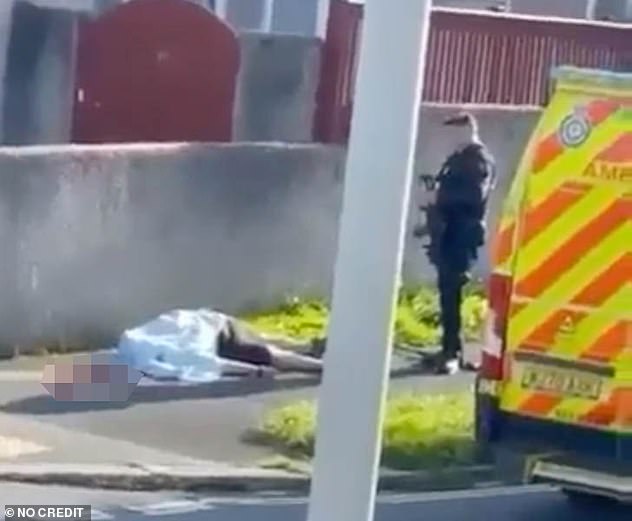 The images seen here are taken from a video that was filmed in the aftermath of the attack. The grabs show gunman Jake Davison’s body lying at the corner of Henderson Place and Bedford street in Plymouth

The IOPC spokesman said the notices tell the two individuals that their conduct is being investigated but does not mean disciplinary proceedings will necessarily follow.

The spokesman said: ‘Investigators have been assessing the conduct of Devon and Cornwall Police employees directly involved in processing and checking Jake Davison’s original application for a shotgun certificate in July 2017, as well as the handling of the assault by Mr Davison on two youths in September 2020, and the decision to return the weapon to him in July this year.

‘The police officer was responsible for investigating the assaults admitted by Mr Davison in 2020.

‘We are investigating whether they shared information appropriately with the force Firearms and Explosives Licensing Department regarding Mr Davison’s involvement in a violent offence, and whether they took appropriate steps to seize the shotgun certificate, shotgun, and ammunition from Mr Davison.

Self-described ‘f***ing fat ugly virgin’ and bodybuilder Jake Davison, 22, murdered his mother Maxine, 51, after bursting into her home in the Devon city with a pump-action shotgun.

Without saying a word Davison, dressed in black, then gunned down Sophie Martyn, 3, and her father Lee, 43, who were walking up the road.

After murdering the pair, Davison walked to an adjacent area of parkland and opened fire on dogwalker Stephen Washington, 59, before killing Kate Shepherd, 66, outside of Blush hair salon.

He then turned the gun on himself, concluding his 12-minute bloody rampage that was the worst mass shooting seen in Britain since 2010.

It has since been revealed that Devon and Cornwall Police took three months to seize Plymouth incel Jake Davison’s gun and licence off him last year, despite him attacking two teenagers in a park.

An inquest into the deaths of his victims heard in August was told how police gave his weapon and certificate back to him just weeks before his rampage, because he completed a taxpayer-funded intervention programme – an alternative to being charged or cautioned.

The Independent Office for Police Conduct (IOPC) said Devon and Cornwall Police had offered the apprentice crane operator a place on its Pathfinder scheme. 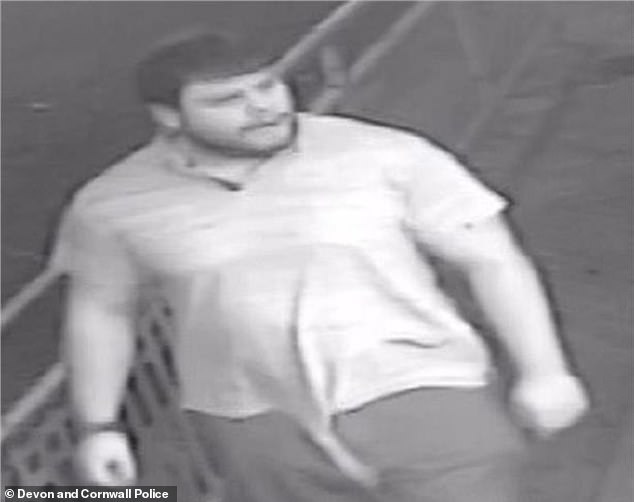 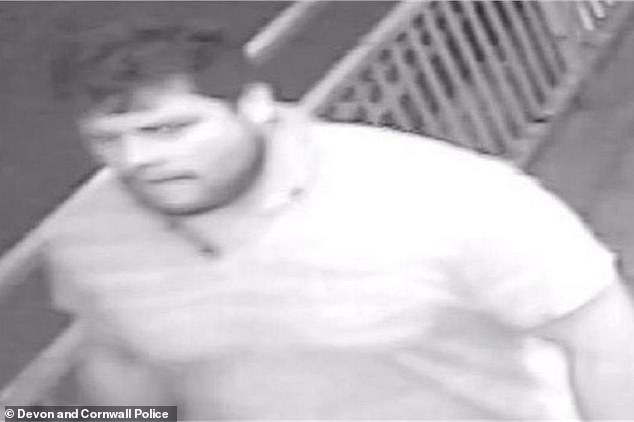 Davison, who is recognisable in the images released by police last October, had his shotgun confiscated in the aftermath of the alleged assault 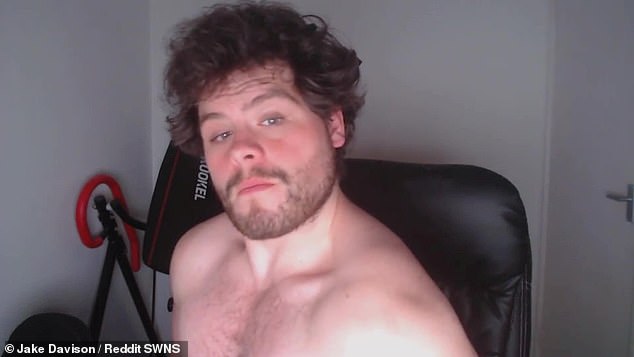 Less than a year later, however, it was returned to him after he attended an anger management course, and within mere weeks, the 22-year-old would carry out his atrocity that left five victims dead

But at the end of November last year, a scheme worker raised concerns with the force’s firearms licensing department about Davison’s possession of a shotgun, and the weapon and certificate were seized by police on December 7.

After completing the Pathfinder scheme in March 2021 and a subsequent review by the firearms licensing department, the shotgun and certificate were returned to Davison on July 9.

Just a month later he would go on to take the lives of his mother, Maxine Davison, 51, Stephen Washington, 59, Kate Shepherd, 66, Lee Martyn, 43, and three-year-old Sophie Martyn, before turning the gun on himself in one of the UK’s worst mass shooting in recent memory.

Davison had first applied for licensing to own a shotgun in July 2017, with a five year certificate being approved for him the following January.

Meanwhile, a former top prosecutor said the shooter should have been on a police watchlist before he killed five people and himself.

Nazir Afzal, who was previously chief crown prosecutor for the North West, said Davison was ‘exactly the type of person the authorities should be keeping an eye on’. 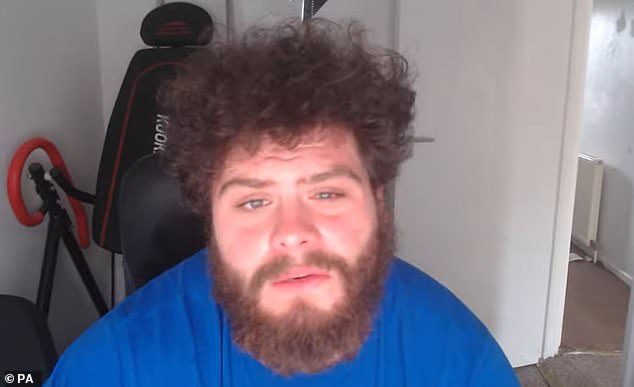 Davison, 23, had first applied for licensing to own a shotgun in July 2017, with a five year certificate being approved for him the following January 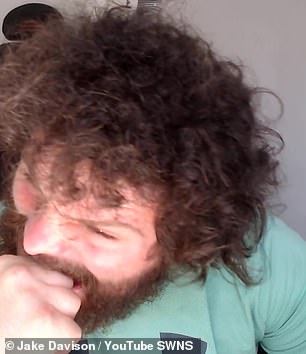 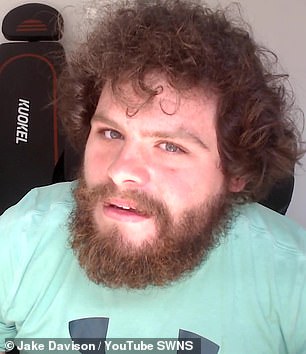 In rambling and unsettling films made in the weeks before his rampage, he described an obsession with The Terminator and repeatedly mentions to ‘incel’ movement linked to mass shootings in the US 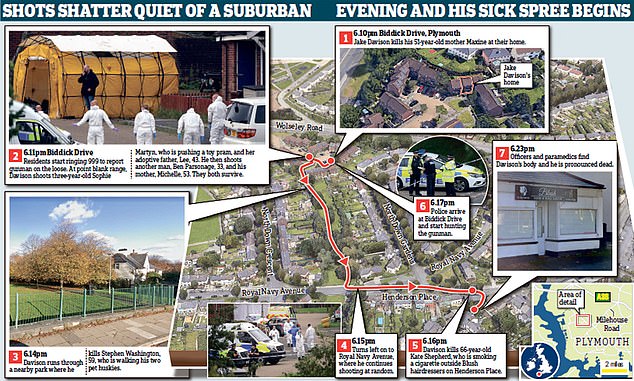 Davison first murdered his own mother, Maxine, at her home nearby, before going outside and randomly killing schoolgirl Sophie Martyn, her father Lee, 43, and dog walker Stephen Washington. He then crossed a road to a hair salon where he shot and fatally injured Kate Shepherd, 66

An IOPC investigation promised background checks, internal police reports, GP and any associated medical or mental health records to determine his suitability to legally own a gun.

The watchdog also assessed Devon and Cornwall Police’s decision to not prosecute Davison over the two park assaults in September 2020.

Speaking on Wednesday, IOPC regional director David Ford said: ‘I again offer my heartfelt sympathies to all those affected within the Plymouth community and beyond by the traumatic events of August 12.

‘We still have significant investigative work to undertake but continue to make good progress with our inquiries.

‘We are reviewing a substantial amount of information gathered from Devon & Cornwall Police and elsewhere and the force has continued to co-operate fully with our independent investigation.

‘Based on the evidence gathered so far, we have now served disciplinary notices on two individuals within the force to advise them their conduct is subject to investigation. The serving of such notices will be kept under review.

‘We intend to complete our investigation before the end of this year. We will share any lessons that may be learned with the force and wider organisations as they emerge.

‘At the conclusion of our investigation, we will decide whether any individual has a disciplinary case to answer. We expect to submit a final investigation report, which will set out our findings, to the coroner and Devon & Cornwall Police in December.

‘We appreciate the significant public interest in the inquiries taking place. In view of the inquest proceedings, the timing of publication of our findings will be determined following consultation with the coroner.’