POLICE swooped in on angry mob after protests raged over a man being snared by paedophile hunter vigilantes.

A crowd of 150 people gathered around a block of flats in Royston, Glasgow, after the man allegedly sent sick messages to someone he thought was a 14-year-old girl. 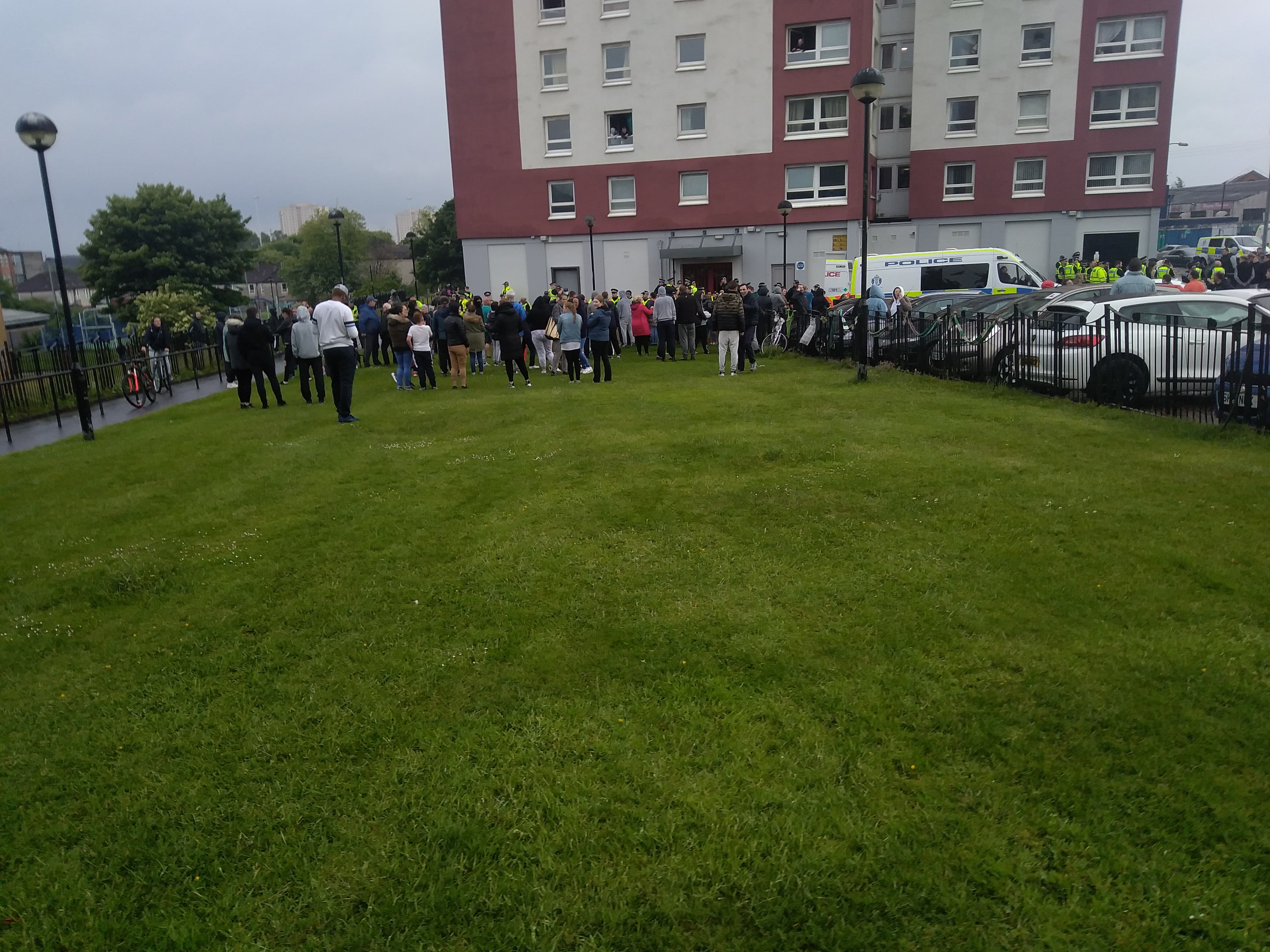 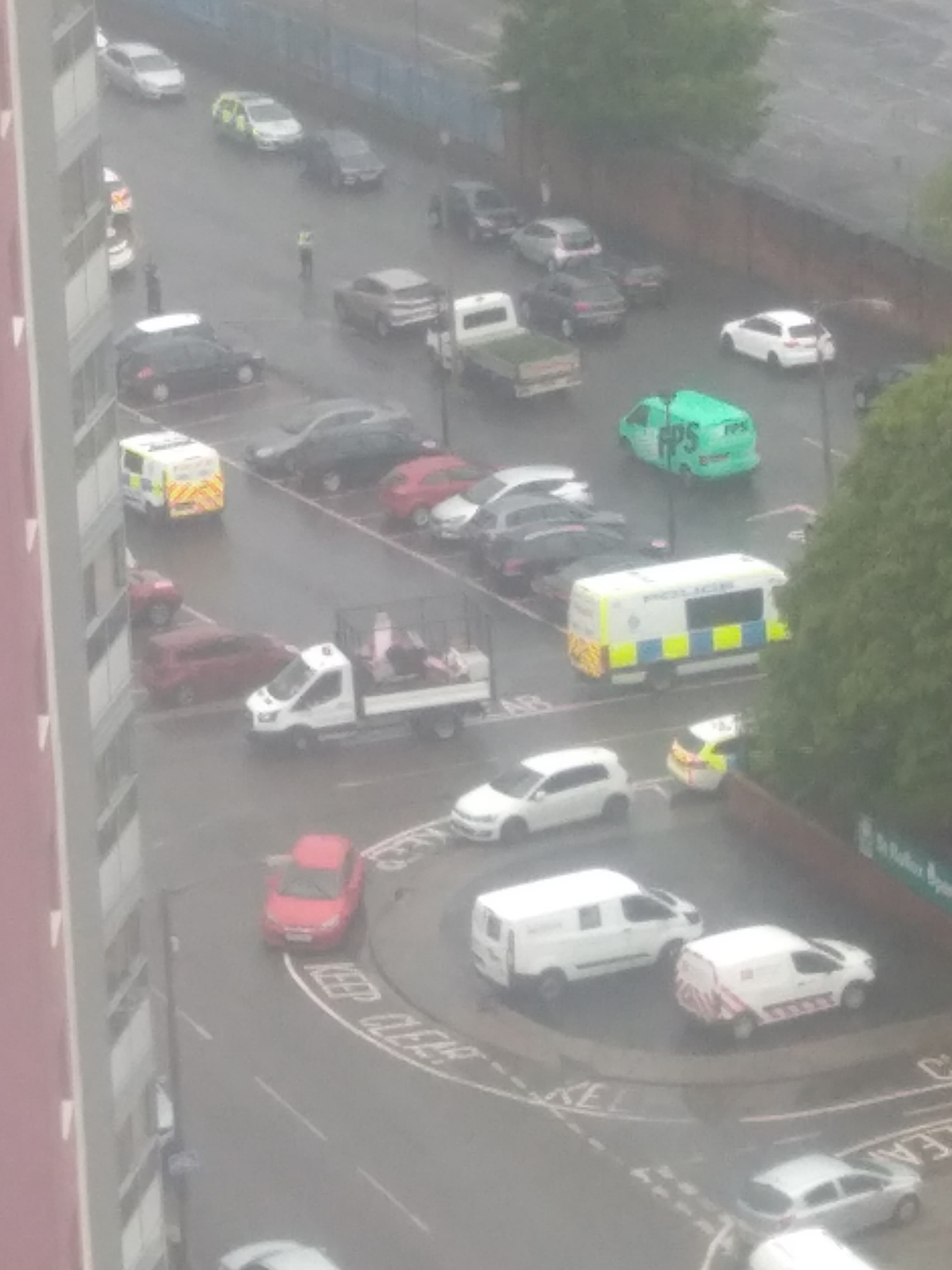 However, he had been caught out by a local group who then shared his identity online, it is believed.

Last night cops raced to the scene to calm the mob with 14 police vans on the estate.

Pictures emerged on social media of the crowd stood outside the door of the tower block as officers formed a barricade.

One witness told the Daily Record: "There were about 150 people and maybe 100 police surrounding the building.

Basically the people outside wanted to crucify the guy and the police did a great job in keeping it calm.

"Everyone was saying there was a peadophile in the building and that the police were coming to take him away.

"Basically the people outside wanted to crucify the guy and the police did a great job in keeping it calm.

"People were chanting 'beast' and 'peado'.

"Once the police got inside they must have had him out the building and in a car in 20 seconds."

"The protest is ongoing and officers remain at the scene." 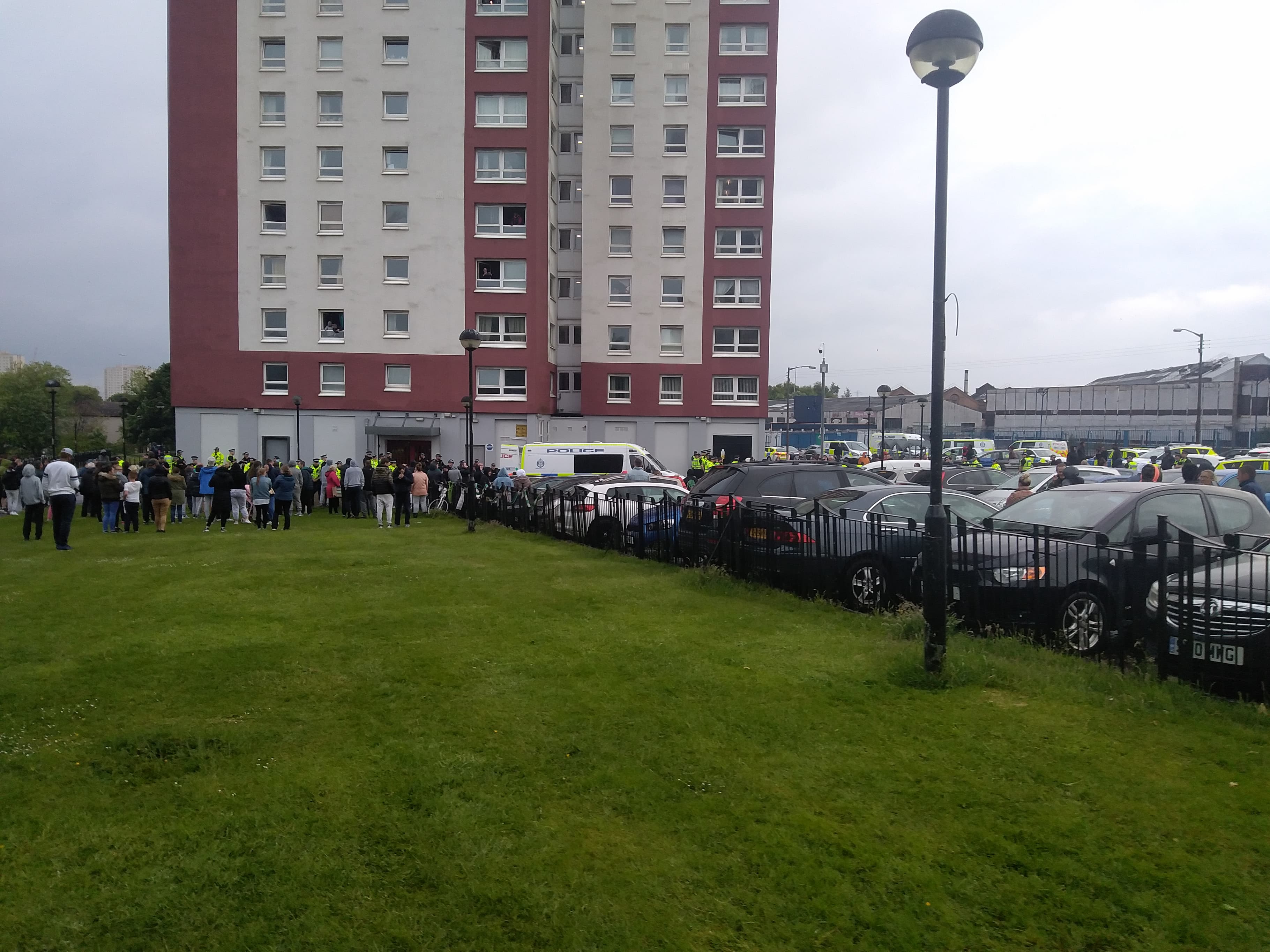