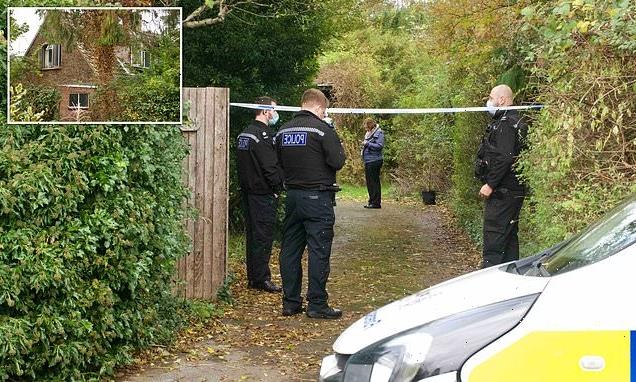 Police investigate death of retired pharmacist, 79, who was found dead after fire at her detached home

Police are investigating the death of a retired pharmacist who was today found dead after a fire at her detached village home.

The widow lived on a quiet road where house prices average £280,000.

Her death is being treated as ‘unexplained’ by police and forensic officers have begun a crime scene investigation to try and establish how she died.

Norfolk Fire Service investigators are also looking into the cause of the fire which is currently unknown.

The inferno was tackled by five crews of firefighters at the detached home, which is close to the main A140 road between Norwich and Ipswich, after the alarm was jailed just after 3am.

Norfolk Fire and Rescue Service alerted police at 3.50am after her body was found in the house. 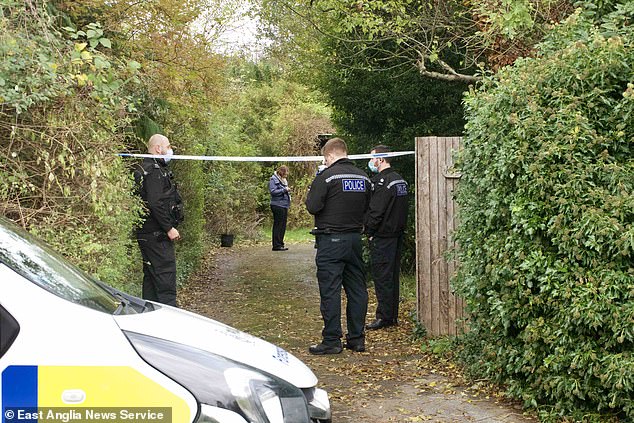 Police are investigating (pictured) after a retired pharmacist called Anne Peterson, 79, was found dead at her detached home following a fire in the early hours of his morning

One neighbour said: ‘She was a very kind-hearted. I am very shocked because I only saw her yesterday and she was fine.’

Peter Hale, 85, who lives next door to Mrs Peterson’s home said: ‘I don’t think I had seen her since her husband died because she never left the house.

‘I remember her being friendly when I used to see her. It is a mystery how the fire could have started.

‘She and her husband had the house for around 40 years or so. She worked as a stand-in pharmacist for many years.’ 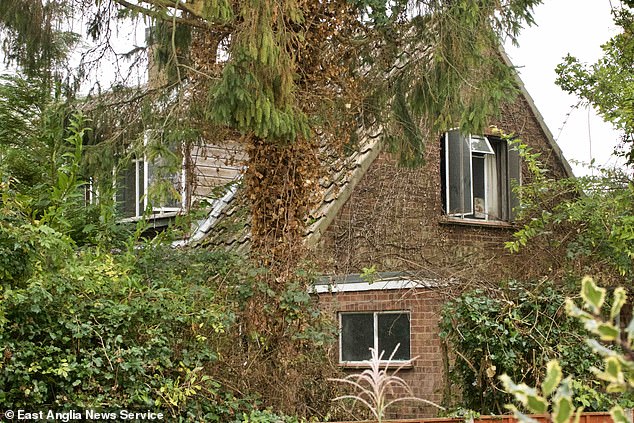 Mrs Peterson’s death is being treated as ‘unexplained’ by police and forensic officers have begun a crime scene investigation to try and establish how she died. Pictured: Her detached Norfolk home where the fire occurred

Other neighbours said they saw fire engines and police cars in the street as firefighters tackled the blaze.

Mrs Peterson was a mother-of-two with three grandchildren who had mobility problems and used a walking frame.

Husband John Peterson died from cancer in December 2019 aged 77 and was a retired computer science lecturer at the University of East Anglia in Norwich.

Mr Peterson was a Liberal Democrat councillor on South Norfolk Council for around 20 years until standing down in 2007.

Villagers said he was a keen local historian who was interested in Roman archaeology as well as being a model railways enthusiast.

‘Officers were called by Norfolk Fire and Rescue Service at 3.50am this morning to reports of a fire at an address in Old Street and a body was discovered within the property.

‘The death is currently being treated as unexplained and the cause of the fire is unknown at this stage.

‘A police cordon remains in place while Crime Scene Investigators and fire investigators carry out enquiries to establish the cause.’ 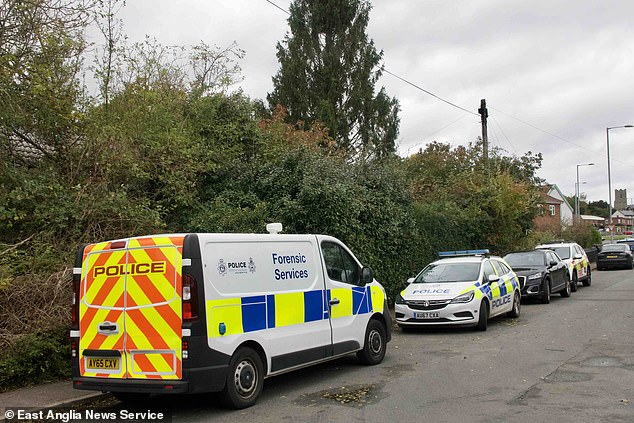 Pictured: Forensics and police at the scene of the inferno which happened in Norfolk this morning