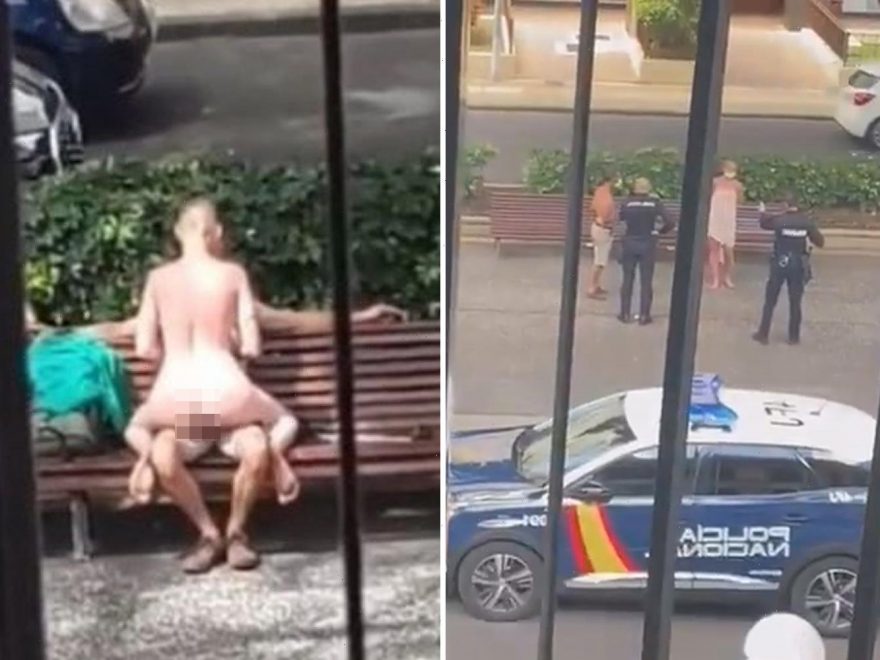 COPS busted a naked couple bonking in front of a school in broad daylight in Tenerife.

Police were called to the busy street in the city of Santa Cruz de Tenerife after gobsmacked locals spotted the frisky couple having sex on a bench. 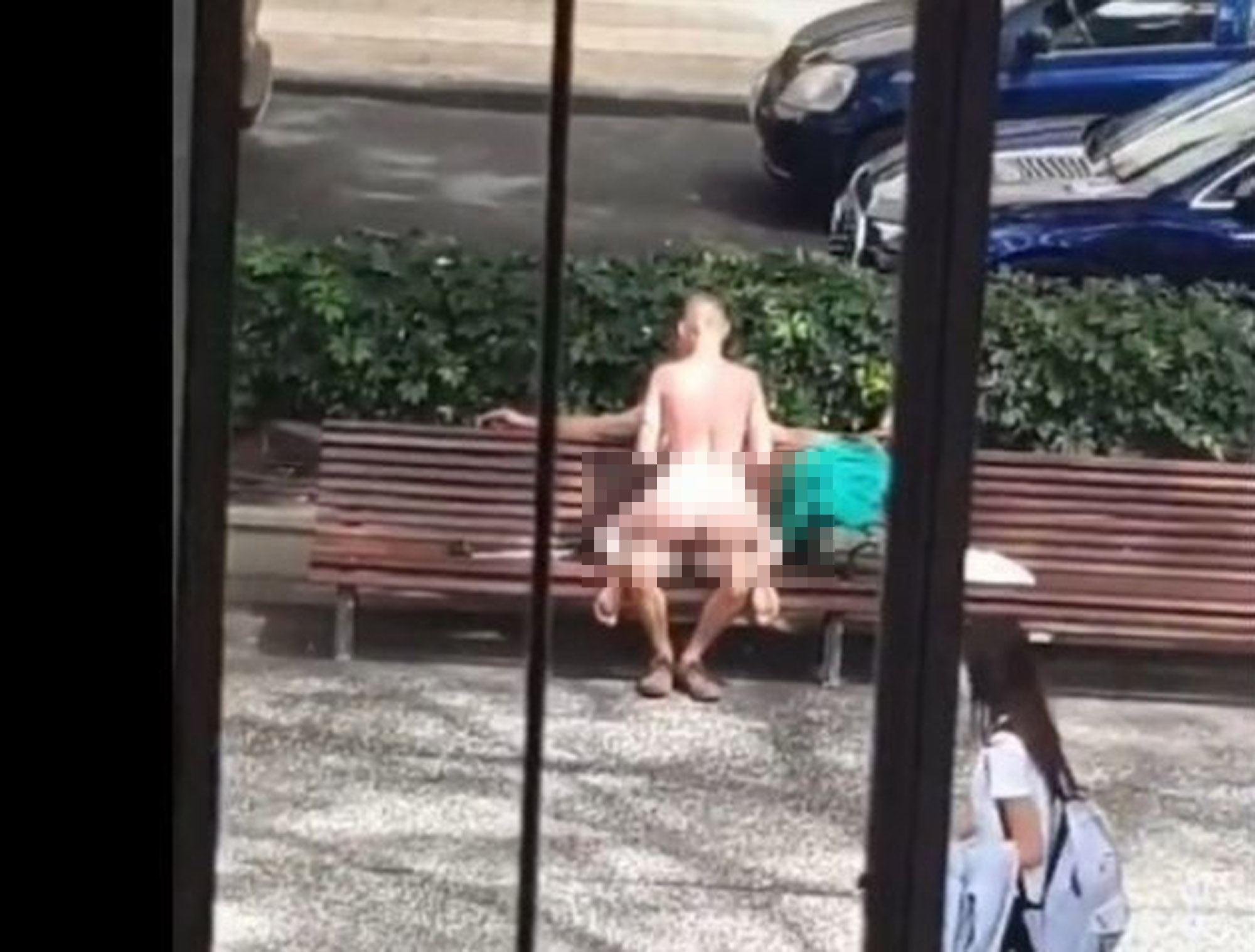 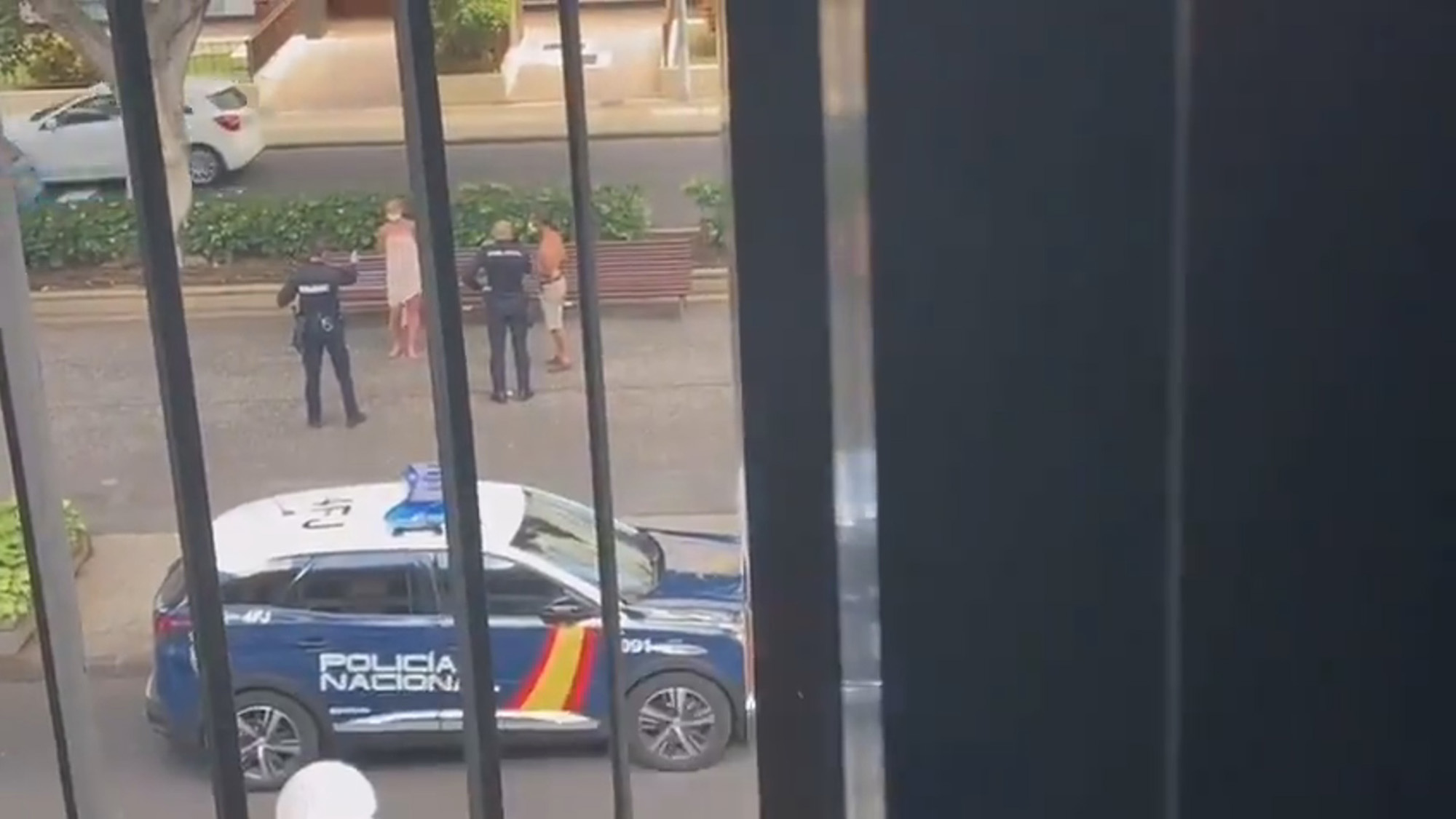 The couple were first seen chatting as the topless man was doing juggling tricks in front of the naked woman, according to local media reports.

Local residents soon contacted the cops to complain about the couple's "sexual attitude" after the woman climbed on top of the man on the bench outside the school, Los Replicantes reports.

Schoolchildren took snaps of the public romp and the woman was reportedly still sitting on the man’s lap when the cops arrived at the scene on April 9.

The cops separated the shameless couple and made them get dressed. 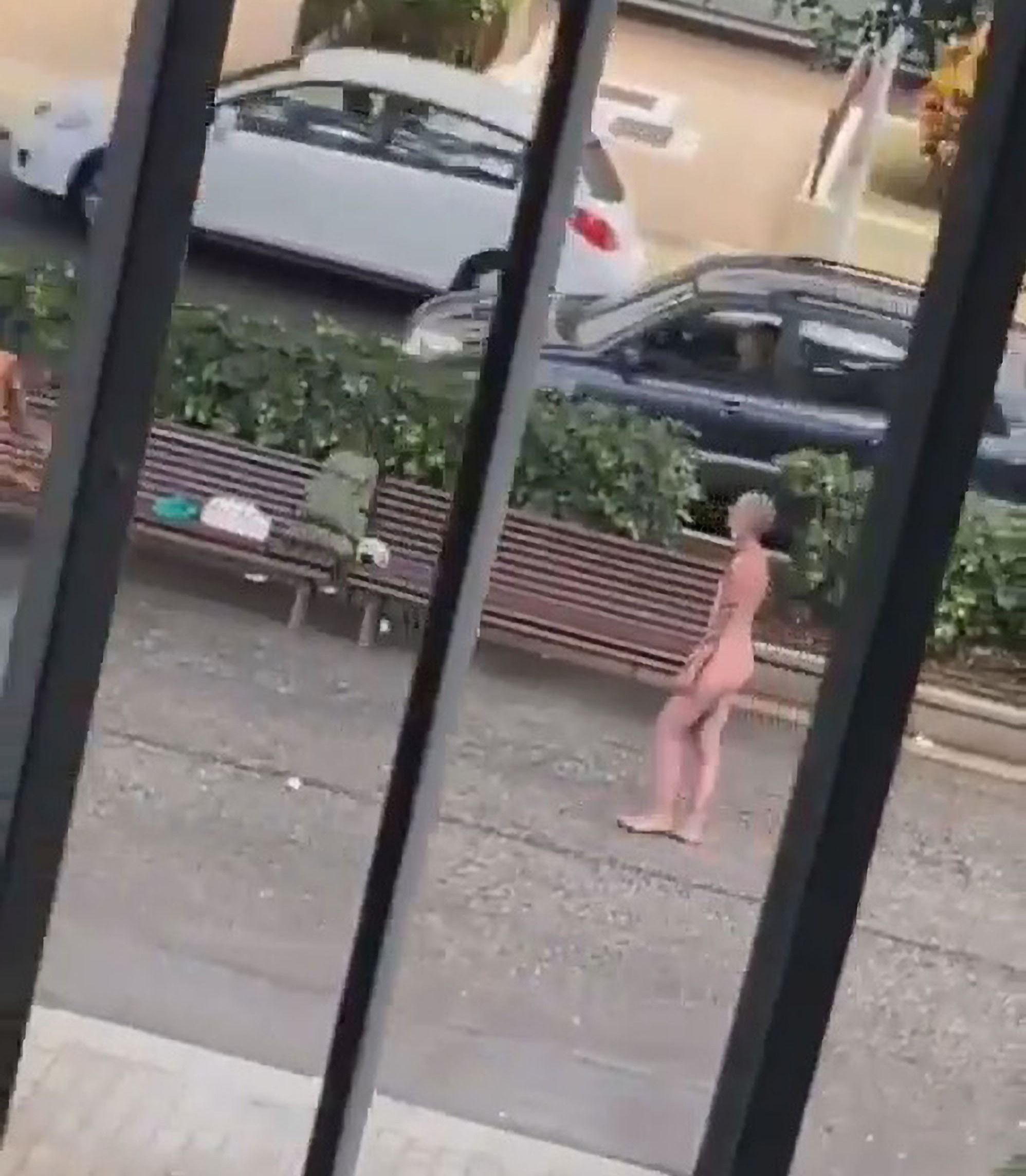 Pics of the brazen encounter were published on social media by boys from the school overlooking the bench, according to Cronica.

The footage of the incident ended with the two cops speaking to the couple as the unidentified woman covers herself with a blanket.

It's not clear if the couple were fined or if they were arrested.

The incident in Tenerife came just days after a similar event in Las Palmas in Gran Canaria, according to Los Replicantes.

A couple hanging out in Santa Catalina were spotted having sex in broad daylight on the busy seafront in front of bemused tourists and locals.

And earlier this year, a brazen couple sparked outrage after being spotted having sex in a public park in Bangkok, Thailand front of horrified families.

Footage shows how the couple continued the public romp for more than four minutes – despite kids playing nearby.

Stunned parkgoer, Rattana, said she watched as they took no notice of people walking through the Vachirabenjatas Park, near the city's Chatuchak Weekend Market. 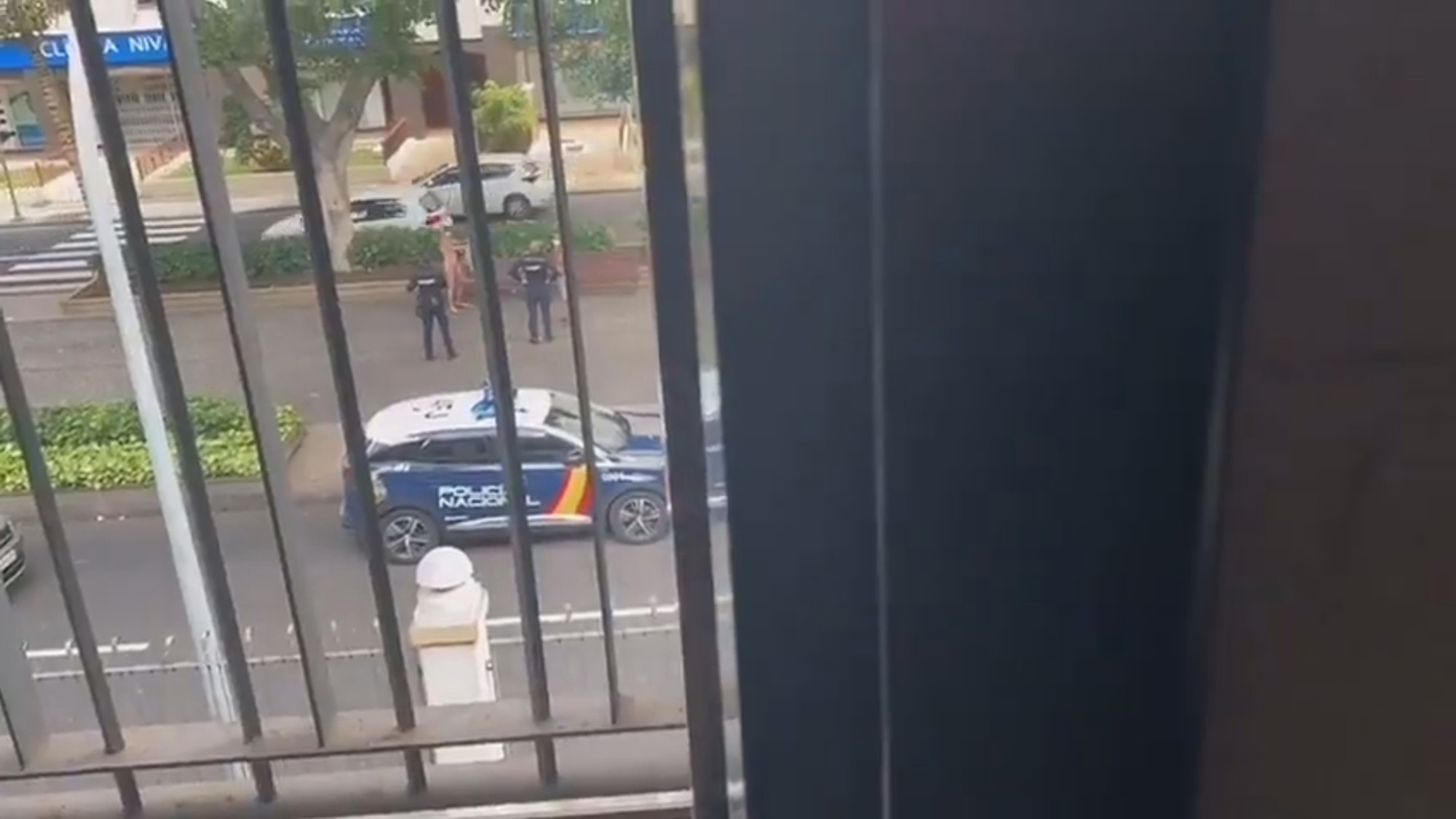