Police are going to start using surf therapy as a treatment for post-traumatic stress disorder and other mental health issues.

Devon and Cornwall Police and Dorset Police, which have developed the project, say it is the first in the world that is specifically tailored to the needs of the emergency services.

Surfwell, which was founded by serving police officers, has been used by around 70 emergency service workers since June last year. 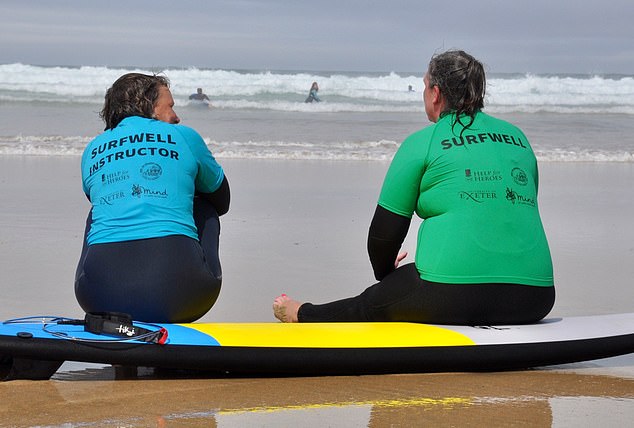 Sessions take place on several beaches across Cornwall, Devon and Dorset and are led by colleagues serving in the emergency services

It is hoped that the scheme, which has received funding of more than £120,000 from charities including Police Care and FLEET, will eventually be rolled out nationally.

The progress of those taking part is being measured by a team at Exeter University and medical practitioners.

Shaun Sawyer, the chief constable of Devon and Cornwall Police, said: ‘The concept is based on research completed in the military where the success has already been demonstrated.

‘It is most important that public monies are spent wisely and this continues to be evaluated.

‘Early indications are that there will be a significant return on investment through reductions in days lost as a result of sickness and provision of professional medical support where illnesses have become chronic which could have been prevented.’

The project focuses on cold water therapy, with research showing this can be effective at significantly reducing stress and improving levels of overall wellbeing.

Sessions take place on several beaches across Cornwall, Devon and Dorset and are led by colleagues serving in the emergency services.

Participants have two sessions over a two-month period, with a further session available if required. 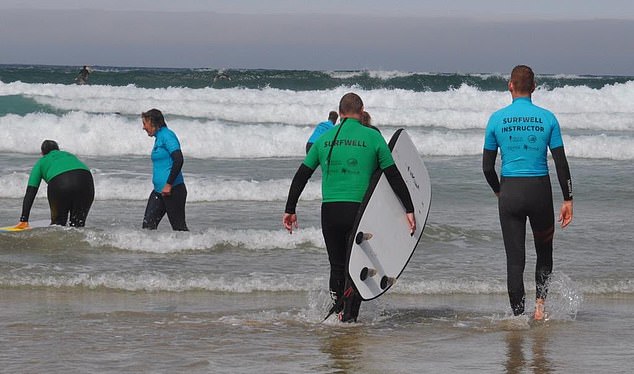 ‘We have huge ambitions for the scheme with the goal of offering the benefits to other emergency services,’ he added.

A research team at Exeter University found improvement among most of those taking part in an initial trial of the scheme.

‘One size does not fit all when it comes to supporting those who are struggling with their mental, emotional, social and physical health, and this is a refreshing approach to wellbeing that has made a real difference to our people who have experienced it,’ he said.