Victoria Police officers involved in the fatal arrest of Danny Richards have been cleared of using excessive force in the minutes before he stopped breathing as they detained him for a mental health review.

Mr Richards’ devastated family vowed to continue fighting for changes to the mental health system after their much-loved brother and son stopped breathing while handcuffed on their kitchen floor during his apprehension in 2019.

Despite finding the police officers acted appropriately, the State Coroner said their approach could have been more empathetic. 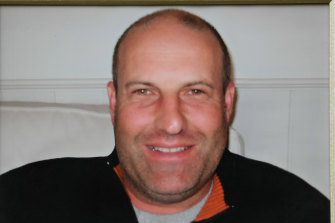 Danny Richards, 48, was experiencing delusions and deeply fearful of being arrested by police when officers and mental health clinicians were called to attend his mother’s Glen Waverley home to assess his need for immediate treatment.

But Mr Richards didn’t want to go, calling triple-zero to say he believed police were in his house unlawfully.

Following a six-minute struggle with officers, he went limp and later died on the kitchen floor.

This week State Coroner John Cain found police acted appropriately on the night, that their planning and decision-making – alongside that of the mental health crisis assessment and treatment [CAT] team – was adequate and that they did not hear Mr Richards say he couldn’t breathe before he died.

“Police made reasonable and sufficient attempts to communicate with Danny before taking hold of him in an attempt to escort him out of the house,” Judge Cain found.

“Though there is some evidence that suggests that certain aspects of the police approach to Danny could have been more empathetic.”

The findings and recommendations follow a six-day inquest in March where witnesses, including Mr Richards’ family, CAT team members, police and paramedics gave evidence about what they saw on the night of his death.

The coroner heard Mr Richards didn’t believe he was unwell and refused to go with police, as his delusions meant he believed he was being monitored by law enforcement agencies, including the FBI.

Pathologists later gave deemed his cause of death as underlying cardiovascular disease complicated by restraint.

In his findings, Judge Cain said changes called for during the recent Royal Commission into Victoria’s Mental Health System were relevant to this case and meant there was no need to duplicate recommendations.

“The prevalence of cardiovascular, respiratory, and metabolic diseases in people with a mental illness suggests the presence of these diseases can be assumed in the absence of contradictory information,” Judge Cain said.

“Therefore, a different approach to a planned emergency contact with a patient with a mental illness … is worthy of consideration, especially in circumstances where the use of restraint is a possibility.

“It is not possible to say with any certainty that, had this been in place then, it would have led to a different outcome in Danny’s case. However, if the starting point is to assume that underlying disease may be present, then it provides the best opportunity to reduce the risk of harm.” 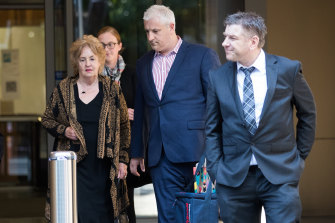 “Families need the confidence of knowing that a call to the CAT team for a non-violent mental health patient isn’t going to result in the death of their family members,” Mr King said.

“Danny’s case could have set the standard for how Victoria Police and mental health responders deal with mental health crises. Unfortunately, this hasn’t happened.”

Mr Richards mother, Eileen Richards, said she could not comprehend why the first responders had not recognised or accepted errors were made on the night of her son’s death.

“There were so many issues that night. This case should have had the power to fundamentally change this from ever happening again,” Mrs Richards said.

“They killed a mockingbird that night; a gentle boy. We will continue our fight for justice for Danny.”