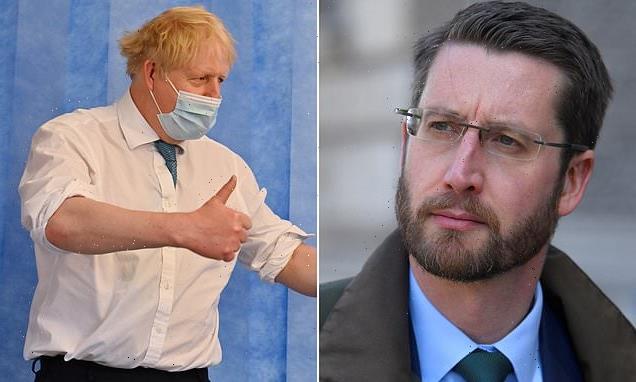 Boris Johnson’s relationship with his top civil servant has frayed in the wake of Dominic Cummings’ claim that he was hired to influence the PM over lockdowns.

No10 is said to be ‘deeply suspicious’ of former royal aide Simon Case following Mr Cummings’ claims on Wednesday.

Mr Johnson’s former aide said he ‘brought in’ Mr Case, the Cabinet Secretary, amid fears that the PM would not listen to him if a second lockdown was required.

Mr Cummings told MPs that the premier had a ‘mad’ idea that he should have been more like ‘the mayor in Jaws’ and refused to lockdown to save the economy, adding: ‘If I brought in someone official then maybe he would listen to them’.

But the admission, which came in astonishing seven-hour demolition on the Government’s Covid strategies, has caused furious recrimination in Downing Street, the Financial Times reported.

A source told the paper: ‘Number 10 are deeply suspicious that he’s not on side.’ 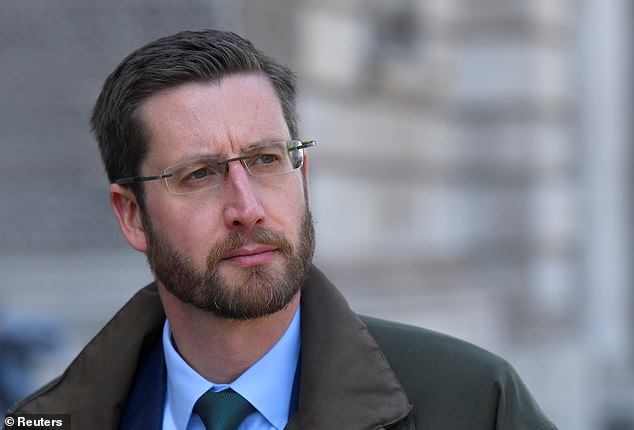 No10 is said to be ‘deeply suspicious’ of former royal aide Simon Case following Mr Cummings’ claims on Wednesday. 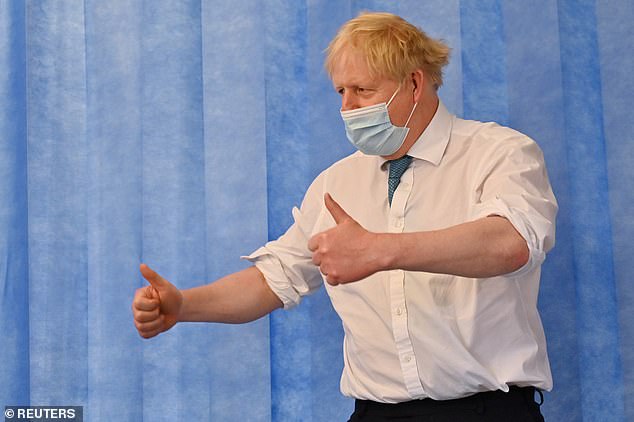 Mr Johnson’s former aide said he ‘brought in’ Mr Case, the Cabinet Secretary, amid fears that the PM would not listen to him if a second lockdown was required.

Another said that ‘on the surface it looks fine and professional. But once you scratch beneath the surface, it’s clear that it is not harmonious. It’s better than Mark (Sedwill) but there are clearly feelings of mutual mistrust.’

Appearing in front of MPs from the health and science select committees on Wednesday, Mr Cummings claimed that the Prime Minister had become evven more anti-lockdown last summer after shutting down the UK for three months.

The former aide, who was ousted late last year in a power struggle, said: ‘Fundamentally the Prime Minister and I do not agree about Covid.

‘After March he thought that the lesson to be learned is we shouldn’t have done a lockdown, we should have focused on the economy, it was all a disaster, ‘I should have been the mayor in Jaws’.

‘I thought that perspective was completely mad. I had very little influence on Covid stuff, I mean I tried, I made arguments, but as you can see on pretty much all the major arguments I basically lost.

‘In the summer I brought in Simon Case because I thought the PM wasn’t listening to me, our relations are getting worse and worse, his girlfriend is desperate to get rid of me and all my team, if I brought in someone official then maybe he would listen to them.’

The claim that he effectively hired the supposedly neutral head of the Civil Service could be seen as potentially damaging for Mr Case. He is in charge of the ‘chatty rat’ inquiry into leaks from No10 during the pandemic, in which Mr Cummings is a suspect.

Last month he told MPs the inquiry probably will not find a culprit.

Giving evidence to a powerful committee, Mr Case said the probe into who revealed plans for renewed restrictions last year was ‘complex’.

But Mr Case did not back up Mr Cummings’s claims that he had been cleared over involvement in the leak, which led to revelations in the Mail that Boris Johnson was poised to order a second national lockdown in October.

The emergence of the details forced Mr Johnson to bring forward an announcement that a four-week closure would happen in November.

Mr Case said he hoped the conclusions of the inquiry – which has been going on since last year – could be given in ‘weeks rather than months’. But he stressed that the culprit had not yet found.

Mr Case and Downing Street declined to comment to the FT.