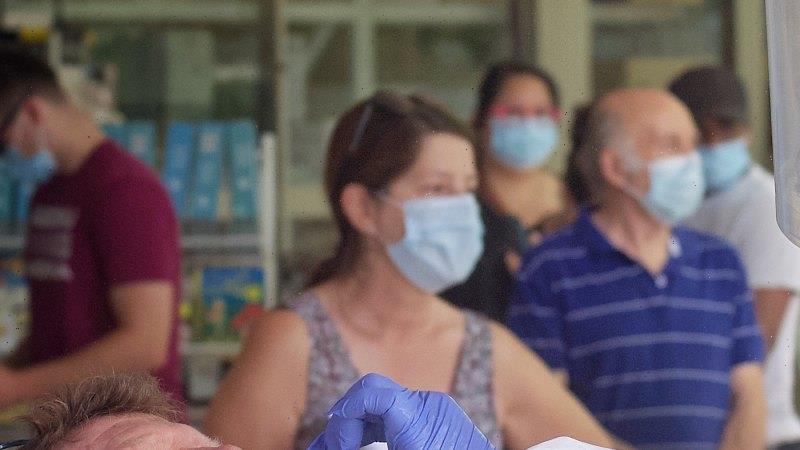 After consumers stripped his pharmacy shelves of at-home rapid antigen tests, Cheavy Taing turned to an untapped resource to help those needing a COVID-19 diagnosis.

The pharmacist and manager of Direct Chemist Outlet Clarinda started testing his community in Melbourne’s south-east using a type of rapid antigen test that can only be administered by health workers. 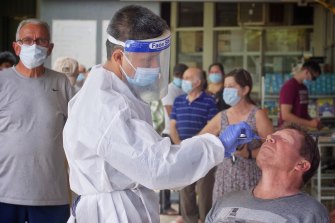 Dressed in PPE, he administers the tests outside his pharmacy, with the process taking about 15 minutes for each customer. He tests up to 80 customers a day and believes he’s providing a vital community service.

“I would prefer to sell them directly, but we can’t get hold of retail stock,” Mr Taing said. “The only stock available is for use by health care professionals.”

By charging consumers $25, Mr Taing said he only made a small profit.

While some customers want a “peace of mind” test ahead of visiting friends and relatives, others might have come into contact with a confirmed COVID-19 case but aren’t considered a close contact under the new, narrower definition so don’t qualify for a PCR test.

Many have driven to dozens of pharmacies searching for the sought-after at-home tests.

Mr Taing said he had never sold the point-of-care tests. “With the current demand and the unavailability of the take-home kits, we had to take the initiative,” he said. 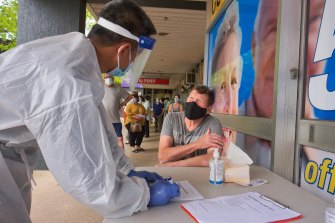 The Therapeutic Goods Administration has approved rapid antigen tests for two different settings: at home through self-testing and point-of-care environments, such as workplaces, aged and residential care facilities. The latter must be performed by trained health professionals.

A spokesman for the health watchdog said it was reviewing its guidance to clarify the use of point of care rapid antigen tests, with this information to be provided to health practitioners, including pharmacists.

Mark Greenway was swabbed at the Clarinda pharmacy on Thursday afternoon after his partner tested positive to COVID-19 and he developed a fever.

He’d driven to three local drive-through testing centres earlier in the day only to find they were either at capacity or had long queues. The previous day he’d visited six pharmacies in a fruitless search for rapid antigen tests.

“I admired the fact that they are only charging $25, some people are charging up to $40 for a single test that you have to do yourself. The pharmacist is out there working his butt off.”

He’d like to see more pharmacies offering the service. “It’s a great idea if they haven’t got the proper take-home tests,” he said.

Fortunately, Mr Greenway’s test was negative, so he now attributes his symptoms to side effects of the booster shot he received on Wednesday.

“It is important for the public to understand that it is not [yet] in place, so please don’t go to your pharmacy asking for a free rapid antigen test,” he said.

The TGA was contacted for comment but did not respond by deadline.