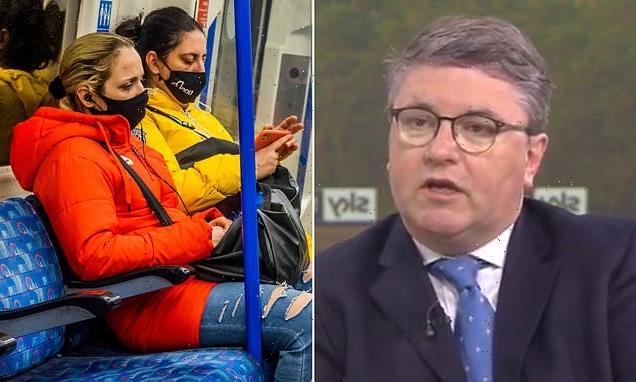 Got a sniffle? Wear a mask at work! Justice Secretary Robert Buckland says Britons should stick with face coverings in daily life even after Covid threat fades

Britons should wear masks at work if they have colds even after coronavirus fades, Robert Buckland insisted today.

The Justice Secretary said using a face covering will be the ‘right thing to do’ when people have a ‘runny nose’.

The advice came as Mr Buckland said ‘caution is the watchword’ when it comes to lifting restrictions, amid rising hopes that the broad June 21 lockdown easing will go ahead.

Boris Johnson had been suggesting that all social distancing rules would be lifted from the next date on the roadmap, but the emergence of the Indian variant has cast the plans into doubt.

Asked whether he thought people would be able to stop wearing masks, Mr Buckland told Sky News: ‘I think that whatever the regulations might be, and clearly as we come out of this Covid period all of us want to see an end to the use of regulations so we can live our lives as we would want to live, there will be a certain sense I think for a lot of us to carry on wearing masks.

‘I for one, if I’ve got a cold or a minor ailment, I think wearing a mask is going to be the right thing to do because I don’t want to spread my cold to somebody else.

‘If I’ve got a runny nose and I’m still able to get out there and work, I think wearing a mask is not a bad idea if we can reduce the spread of even the common cold.’ 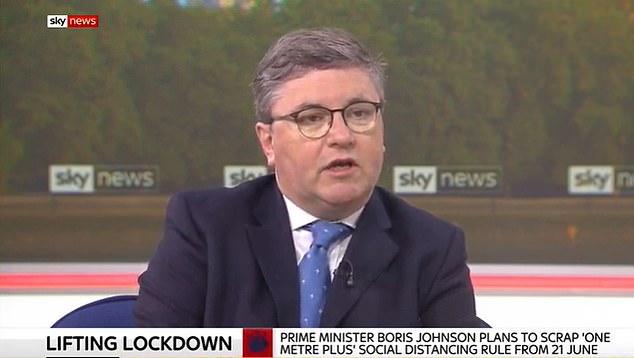 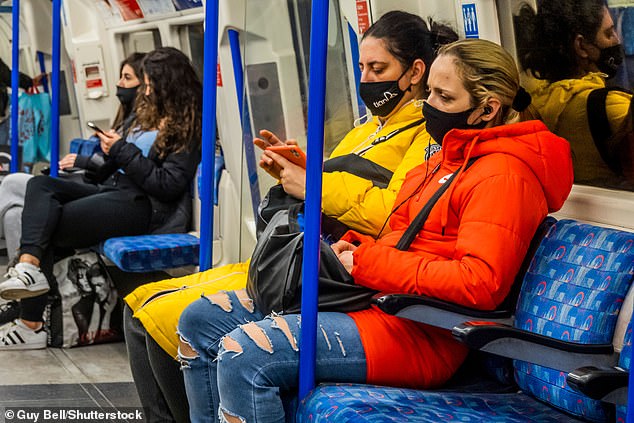 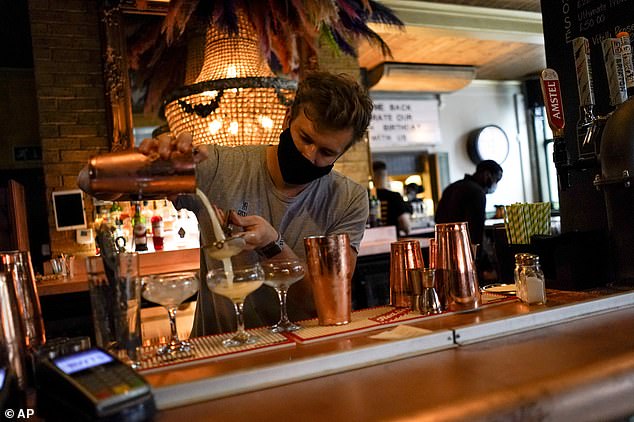 Face masks have been compulsory on public transport, and in shops and hospitality venues throughout most of the crisis

Face masks have been compulsory on public transport, and in shops and hospitality venues throughout most of the crisis.

They are also advised in many workplaces. Transport Secretary Grant Shapps refused to rule out the use of masks on trains and buses being extended.

Ministers have been raising alarm that the Indian variant could derail the unlocking timetable.

But speaking to Conservative MPs behind closed doors earlier this week, Mr Johnson suggested the ‘one-metre plus’ rule for social distancing is still on track to be scrapped next month.

The PM told the 1922 Committee that eliminating the measure was the ‘single biggest difference’ the government could bring about in order to get Britain’s pubs back into action.

Industry leaders have warned that as long as the rule is in force many pubs, restaurants, theatres, cinemas and other hospitality businesses will not be financially viable.

Britain’s daily Covid deaths have fallen by more than a third in a week as seven more victims and 2,874 positive tests were recorded. Yesterday’s infections were up slightly on the 2,657 last Thursday, a rise of about 8 per cent, but the national case rate has remained stable since April.

More than 37million people have now received one vaccine injection — the equivalent of more than 70 per cent of all adults — and 21.2million are fully inoculated. 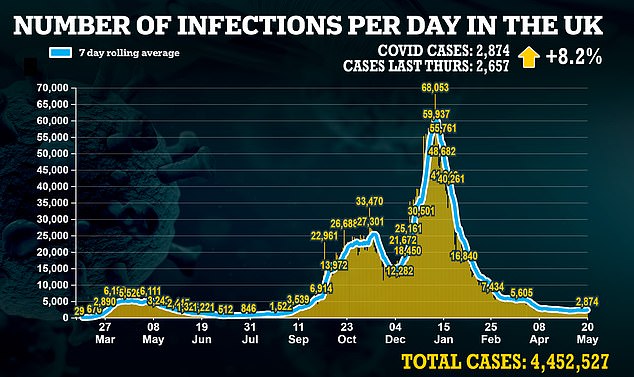 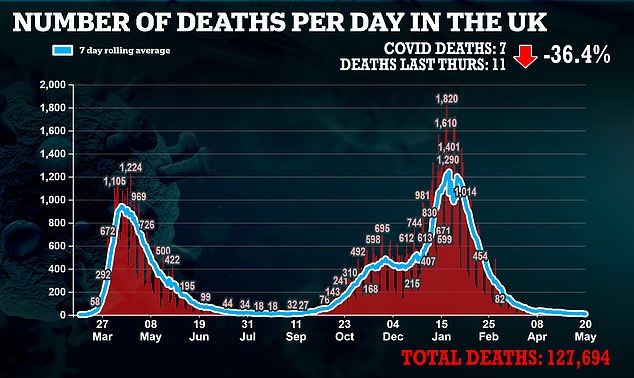