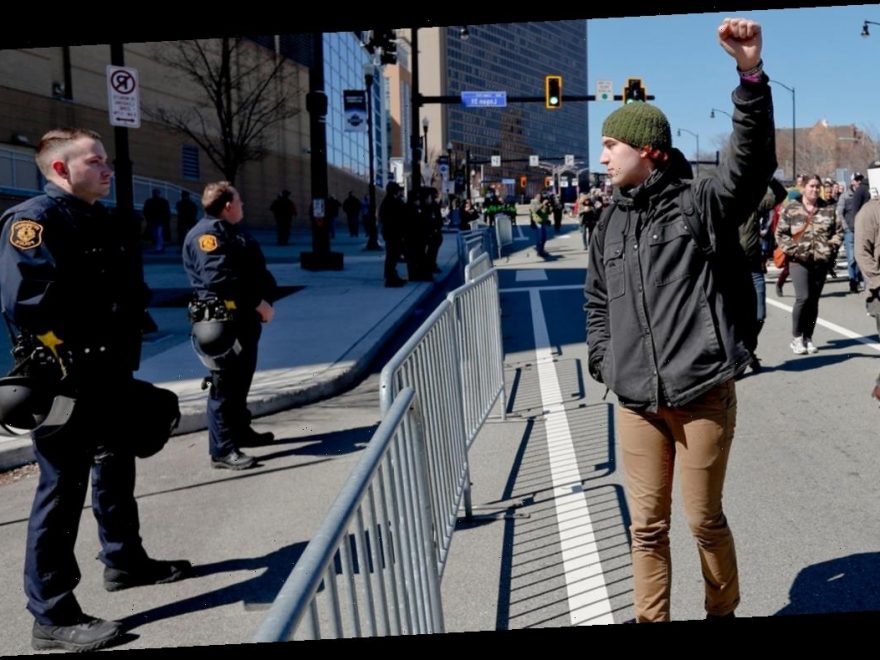 Pennsylvania police officers are facing criticism as messages from a private Facebook group have been made public, revealing criticism related to the Black Lives Matter protests that occurred last year.

The Pittsburgh Area Police Breakroom group, which consists of current and retired officers, was established as a place for officers to “decompress, rant, share ideas.”

Some members have been bullied in the group or forced to leave the page, including an officer who took issue with the Fraternal Order of Police’s Trump endorsement. 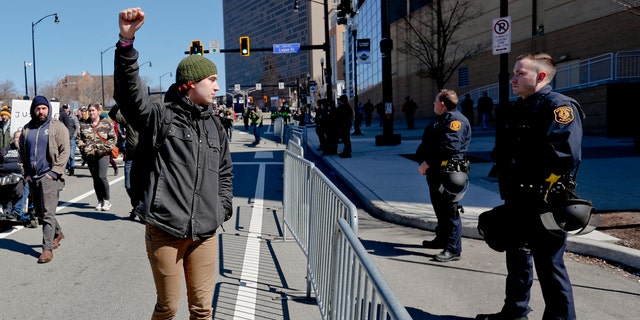 In this March 23, 2019, file photo, a marcher holds up his fist while staring at police lined up in front of PPG Paints Arena in Pittsburgh during a protest after a former suburban police officer was acquitted of a homicide charge in the on-duty shooting death of Antwon Rose II in East Pittsburgh. (AP Photo/Keith Srakocic)

The group consists of some 2,200 members, including several current and former police chiefs. While the group is labeled as Pittsburgh-centric, membership includes officers as far as Ohio.

An Associated Press investigation led to the group reportedly disappearing from public view. Whether or not it was deleted could not be confirmed.

The group’s comments over the past year focused heavily on reaction to BLM protests and criticism from the public and some media of police overall. Some comments reportedly criticized officers who took a knee or marched with protesters.

The posts labeled protesters as “terrorists” or “thugs.”

Members in the group allegedly were hostile to criticism, with some posts possibly violating department social media policies prohibiting disparaging comments about race or that express bias.

“If you are a law enforcement officer and you kneel or lie on the ground so easily over the false narrative of police brutality, you will one day be executed on your knees or your stomach without a fight by the same criminals that you are currently pandering to,” one officer wrote, calling the organization “Black Lies Matter.”

The group’s rules do not explicitly prohibit racist, sexist or otherwise disparaging content, but do threaten expulsion if members don’t agree to privacy.

According to the group’s introduction, “What goes on in here, STAYS IN HERE. We can have discussions, opinions, thoughts, and even rants, but there is to be NO SHARING outside of this page of anything posted here!”

“I think that’s really important that the police department has revised its policies to reflect the type of policing they want in their community,” said Elizabeth Pittenger, executive director of Pittsburgh’s Citizen Police Review Board.

A 2019 review by the Plain View Project of police departments from around the country did not involve the Pittsburgh Police Department, but city officials have received a handful of complaints about social media posts by officers.