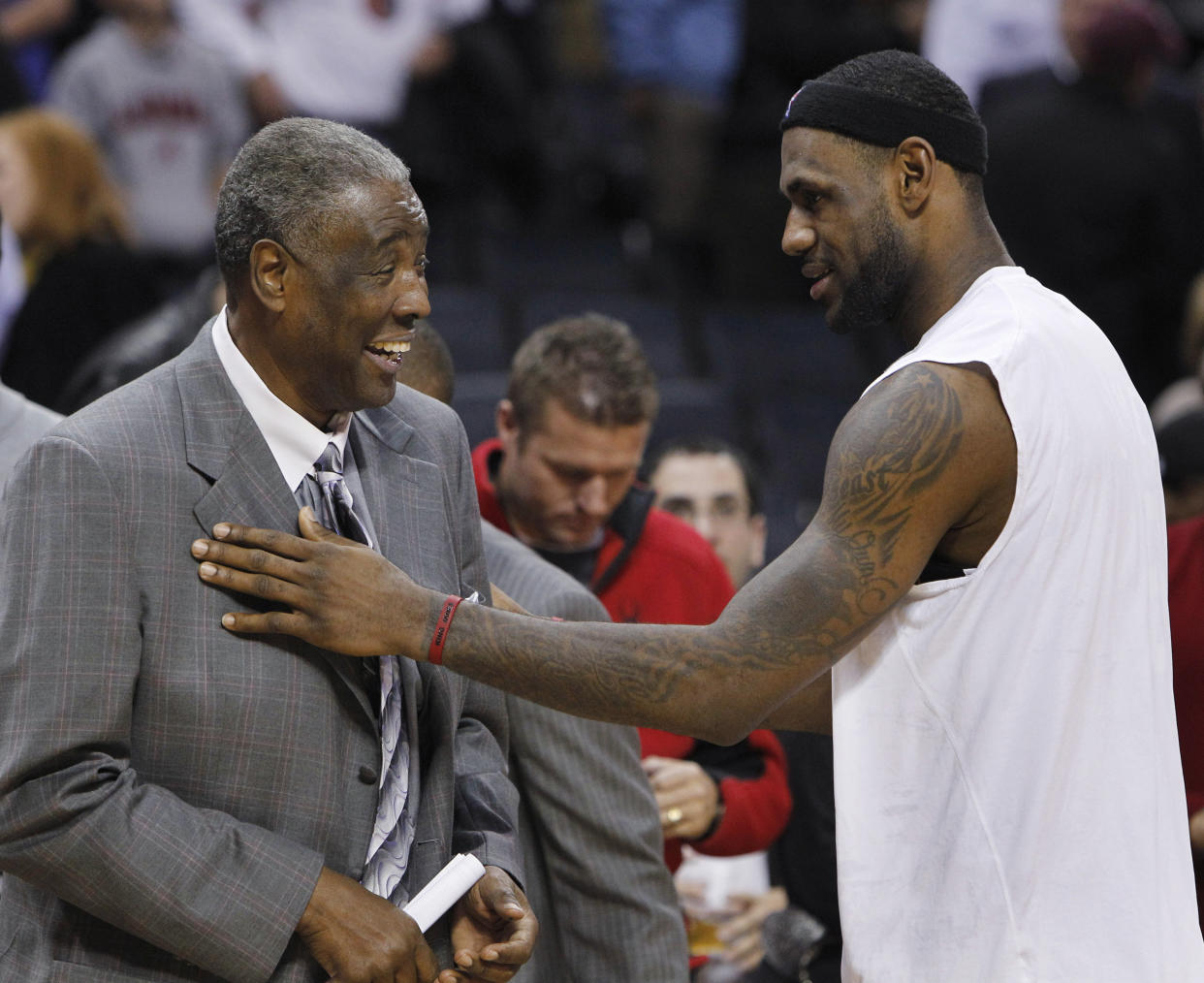 Paul Silas, a defensive stalwart who won three NBA championships and went on to coach for over a decade in the league, died Sunday. He was 79.

The Rockets, who are coached by Silas' son Stephen, sent their "heartfelt thoughts" to the Silas family.

The Fertitta Family and the Rockets organization are deeply saddened by the passing of Paul Silas, father of Rockets head coach Stephen Silas.

Our heartfelt thoughts are with Stephen and his family during this difficult time. pic.twitter.com/EOMSjv23t5

After being selected by the St. Louis Hawks in the second round of the 1964 NBA draft, Silas emerged as a defensive stalwart over 16 seasons in the league. Silas showed promise in his early years, but took a big step forward during the 1967-68 season, when he averaged 13.4 points and 11.7 rebounds per game. It was the first time Silas averaged a double-double over a full season. He would go on to repeat that feat seven more times in his career.

Silas played in St. Louis for four seasons and spent one year with the Hawks in Atlanta. After the 1968-69 NBA season, he joined the Phoenix Suns, where he continued to excel on the court. Silas averaged a double-double in all three seasons with the Suns. He was also named to the second team NBA All-Defensive team in his final two seasons in Phoenix. He received his first of two All-Star selections in his last year with the team.

Silas then joined the Boston Celtics, where he experienced the most success in his career. In four seasons with the team, Silas averaged 11.5 points and 12.3 rebounds. Silas was named to the second team NBA All-Defensive team in his debut season in Boston and went on to make the first team NBA All-Defensive team in the 1974-75 season and the 1975-76 season. He also experienced success in the playoffs with Boston, winning two NBA championships in four seasons with the team.

After one year with the Denver Nuggets, Silas spent his final three seasons with the Seattle Supersonics. He won yet another championship during the 1978-79 NBA season. Over his career, Silas averaged 6.9 points and 9.4 rebounds. He made the All-Defensive team five times, won three NBA championships and was a two-time All-Star.

After retiring, Silas immediately was named the head coach of the San Diego Clippers. The team went 78-168 in three seasons under Silas. After a few years away from basketball, Silas returned to the game and spent 11 seasons as an assistant coach.

Silas eventually got another shot as a head coach with the Charlotte Hornets. He spent four seasons with the team and one after the franchise moved to New Orleans. He then joined the Cleveland Cavaliers, where he became LeBron James' first NBA coach. Silas coached James during his first two seasons in the NBA. The Cavaliers went 69-77 under Silas, but James played like a superstar, averaging 24.1 points, 6.6 assists and 6.4 rebounds in his first two years in the NBA.

After spending a few years away from the NBA, Silas returned to coach the Charlotte Bobcats for two more seasons. His coaching career ended following the 2011-12 NBA season.

Silas' son, Stephen Silas, followed in his footsteps and took up coaching in the NBA. Stephen spent two decades as an assistant coach all around the NBA before being hired as the head coach of the Houston Rockets prior to the 2020-21 NBA season. Stephen has a 44-135 record in two-and-a-half years with the team.

The Rockets are slated to play the Milwaukee Bucks on Sunday night. Stephen will not coach the team Sunday, per Mark Berman of Fox 26. John Lucas will serve as the head coach while Stephen is away from the team.