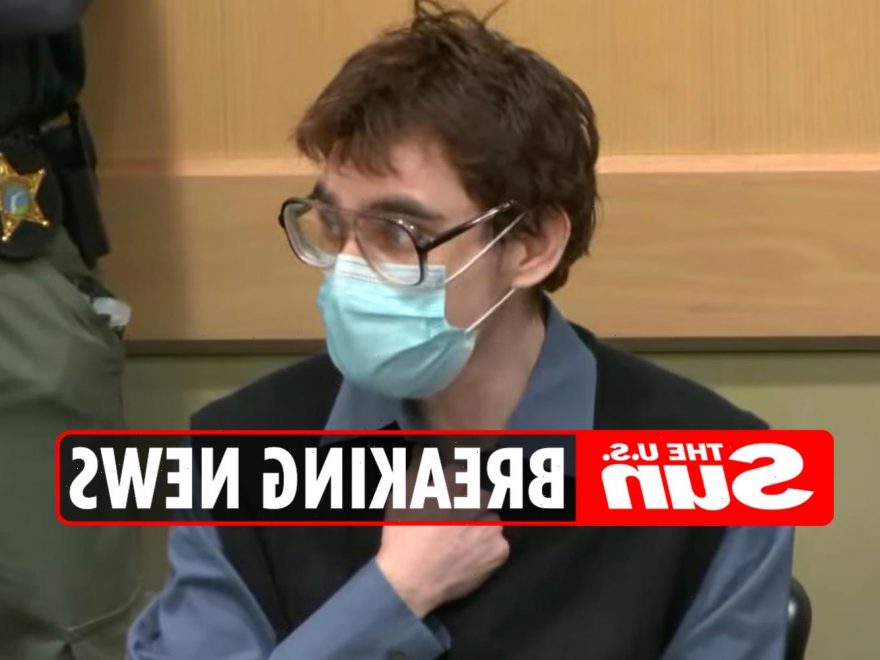 PARKLAND school shooter Nikolas Cruz pleaded guilty to all counts in the deadliest school massacre that killed 17, before crying in a bizarre rant to the victim's families. 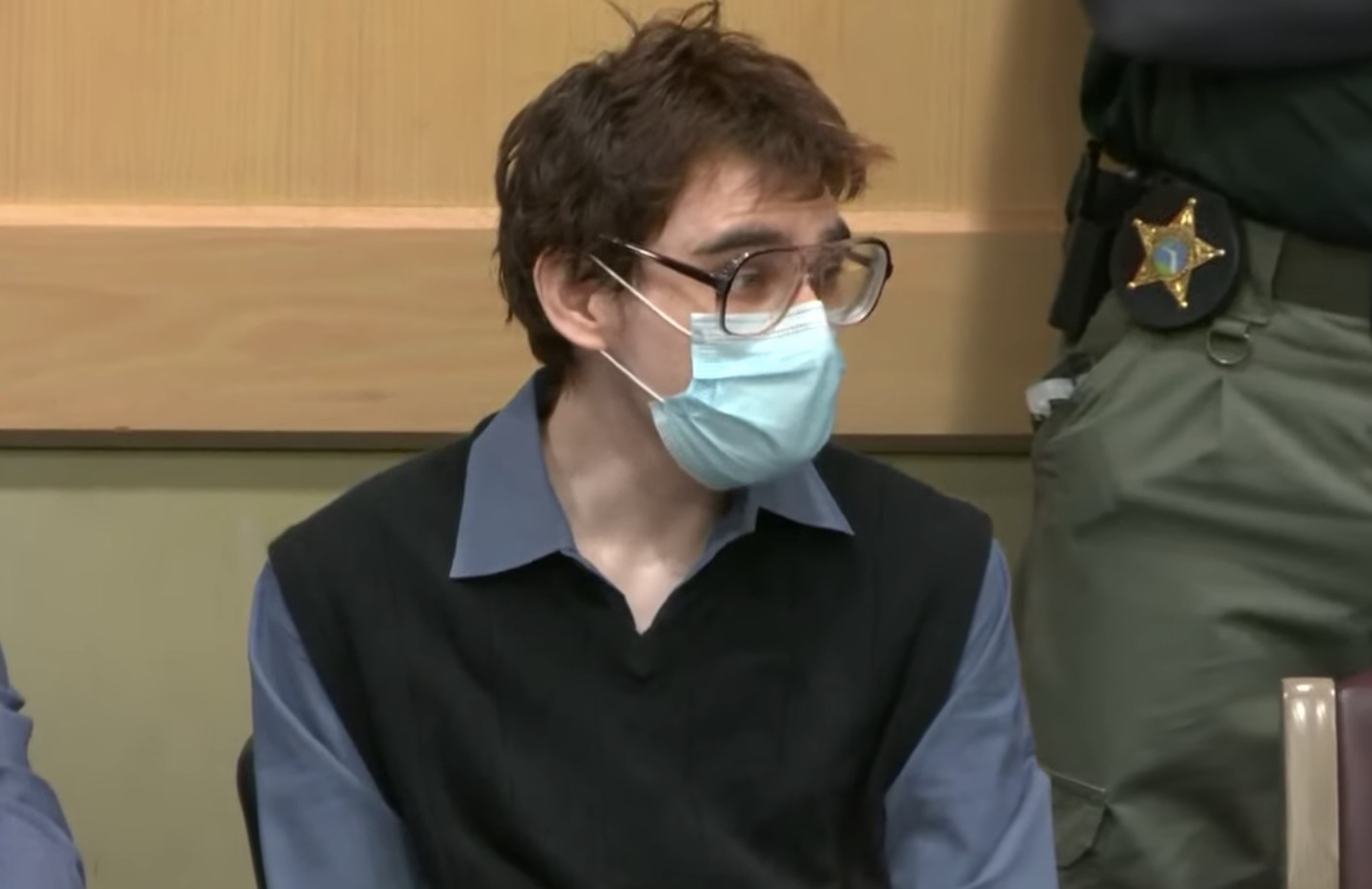 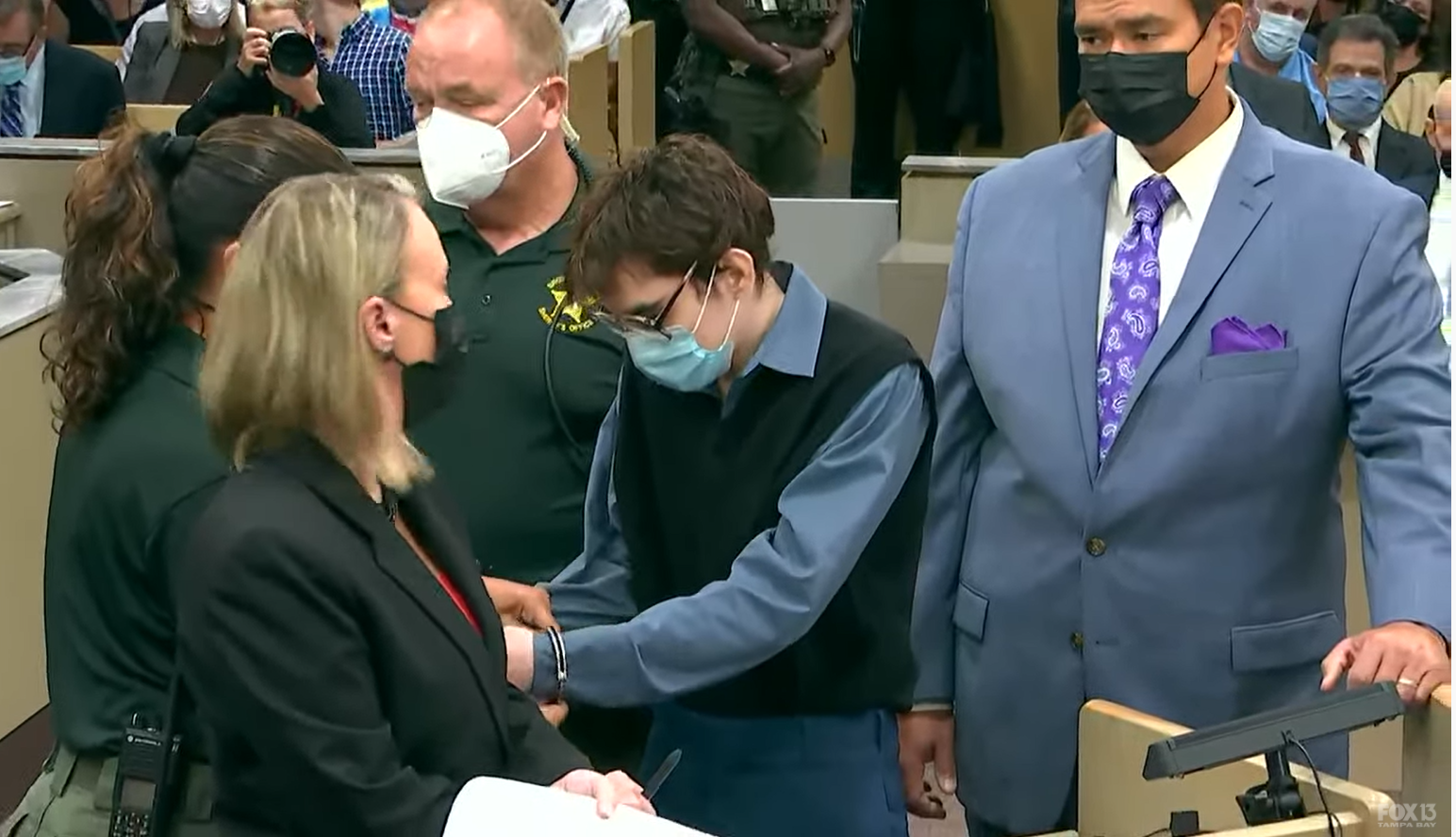 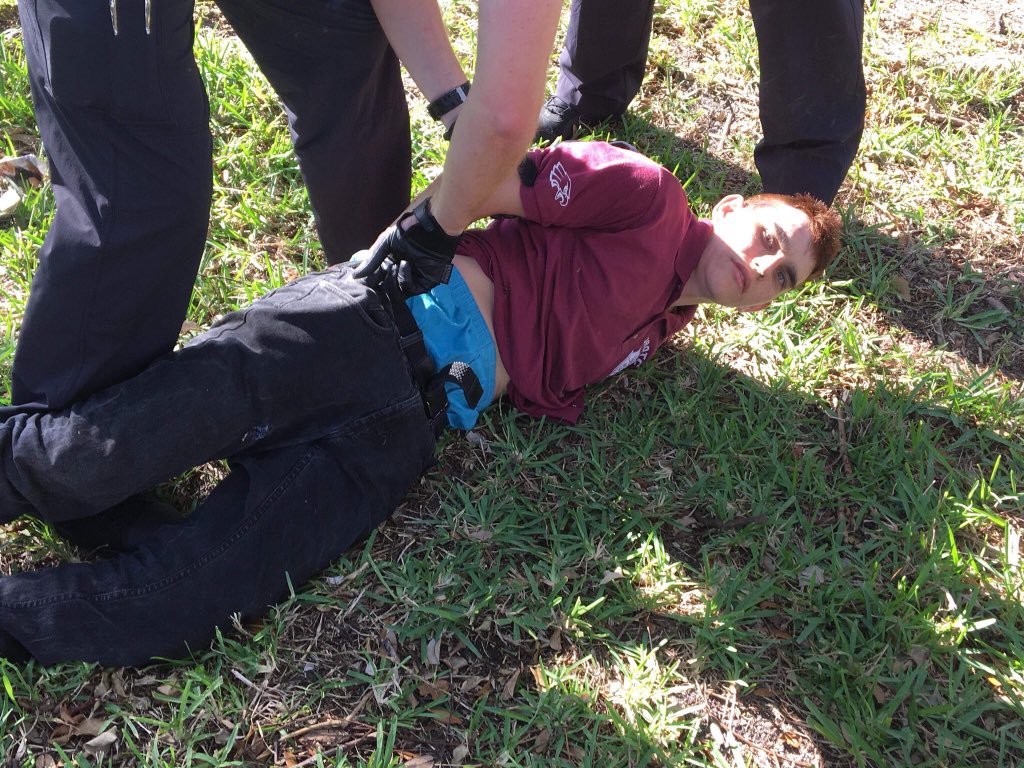 On Wednesday morning, Cruz appeared in court wearing glasses, a blue shirt and a black vest when he stood at the podium. He was also wearing a face mask, which he only took down to make a short statement.

As the charges against Cruz were read out, he lowered his head and his voice cracked as he admitted "guilty."

Following the pleas, Cruz made a tearful, frantic statement to the court apologizing for what he did.

"I'm very sorry for what I did and I have to live with this every day," Cruz said to the courtroom as the Parkland victims' families sat behind him.

"If I were to get a second chance I would do everything in my power to try and help others," he said rapidly.

"And I am doing this for you, and I do not care if you do not believe me, and I love you and I know that you don't believe me but I have to live with this every day and it brings me nightmares and I cannot live with myself some times but I try to push through because I know that's what you guys would want me to do."

He then continued to make a bizarre rant about drugs, after previously admitting to taking "lots of drugs," including Xanax and marijuana.

"I hate drugs, and I believe this country would do better if everybody would stop smoking marijuana and doing all these drugs and causing racism and violence out in the streets.

Judge Elizabeth Scherer later questioned what Cruz meant and who he was speaking to when he concluded his statement, to which Cruz claimed he believes the victim's families should choose whether or not he gets the death penalty.

The judge quickly confirmed that this is not a possibility and made sure Cruz understood this.

A penalty trial will determine if Cruz will receive a sentence of death or life in prison without parole.

Scherer plans to begin screening jurors next month in hopes testimony can begin in January.

Cruz's defense team previously said the 23-year-old would plead guilty to all counts in exchange for a life sentence, but prosecutors have refused to drop their pursuit of the death penalty.

On Valentine's Day in 2018, Cruz entered Marjory Stoneman Douglas High School armed with a rifle, gas mask and smoke grenades and set off a fire alarm to draw people out of classrooms.

Cruz shot and killed 14 students and three staffers at the school before being apprehended by police about a mile away in a residential neighborhood with an AR-15 semiautomatic rifle.

The defense argued that the guilty plea would avoid a traumatic, lengthy trial and still allow a jury to decide Cruz's fate.

Much of the penalty phase would likely focus on Cruz's mental condition at the time of the slayings, with prosecutors emphasizing their horrific nature and Cruz's intensive planning beforehand.

Fred Guttenberg, whose 14-year-old daughter Jaime died in the shooting, said he visited her grave this week to ask her for the strength to get through Wednesday’s hearing.

“She was the toughest, wisest person I ever knew,” he said. “My daughter always fought for what was right. My daughter despised bullies and would put herself in the middle of someone being bullied to make it stop.”

On Friday morning, Cruz appeared in court wearing chinos, a blue sweater and a white shirt before entering his guilty plea.

The guilty pleas will set the stage for a penalty trial in which 12 jurors will determine whether Cruz should be sentenced to death or life in prison without parole.

Given the case’s notoriety, Scherer plans to screen thousands of prospective jurors.

Hearings are scheduled throughout November and December, with a goal to start testimony in January.

Since days after the shooting, Cruz’s attorneys had offered to have him plead guilty in exchange for a life sentence, saying that would spare the community the emotional turmoil of reliving the attack at trial.

Satz, 79, stepped down as state attorney in January after 44 years, but remains Cruz’s chief prosecutor.

His successor, Harold Pryor, is opposed to the death penalty but has said he will follow the law.

Like Satz, he never accepted the defense offer — as an elected official, that would have been difficult, even in liberal Broward County, where Democrats outnumber Republicans by more than 2 to 1.

By having Cruz plead guilty, his attorneys will be able to argue during the penalty hearing that he took responsibility for his actions.

Cruz's brother has told of his relief at the Parkland shooter's guilty plea – but claimed school and state officials are "skirting responsibility" for the tragedy.

In a statement to The Sun, Zachary told how he is "pleased" his brother is admitting to the Parkland school murders.

"I am pleased that my brother is taking responsibility for his actions. The fact that he is doing so without a deal in place tells me he is sincere," he said.

"I pray for the victims and their families everyday and I hope they find some peace." 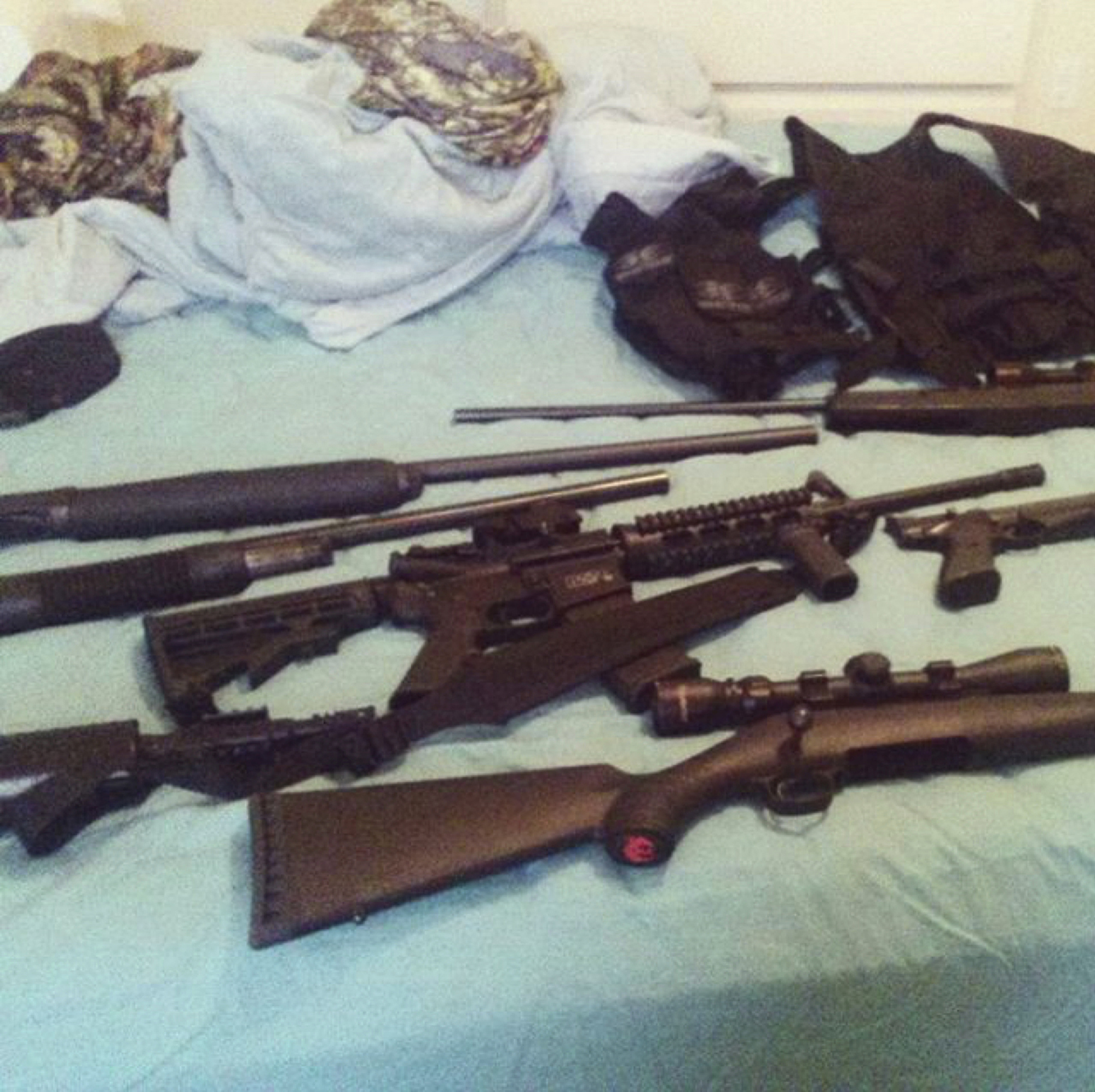 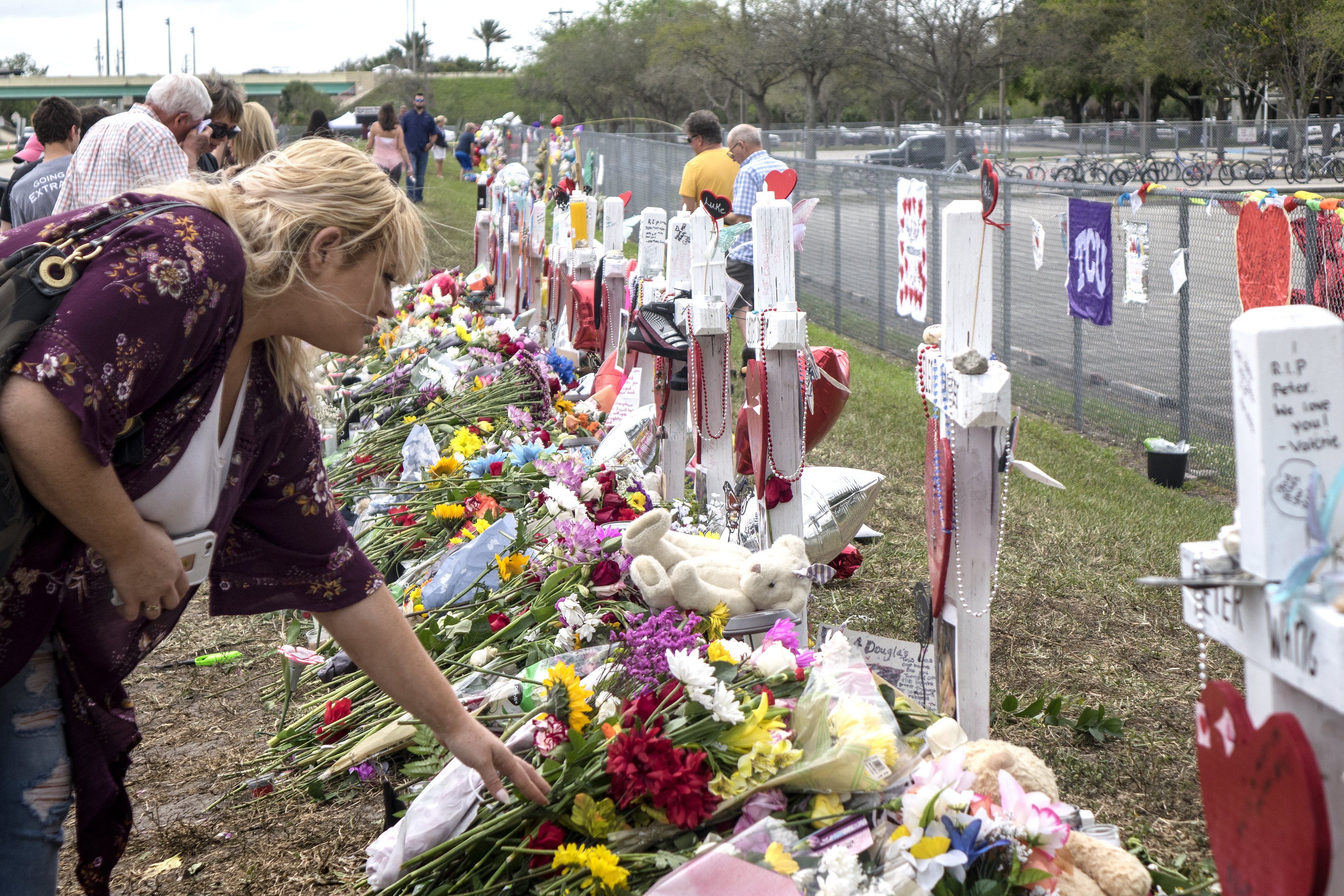 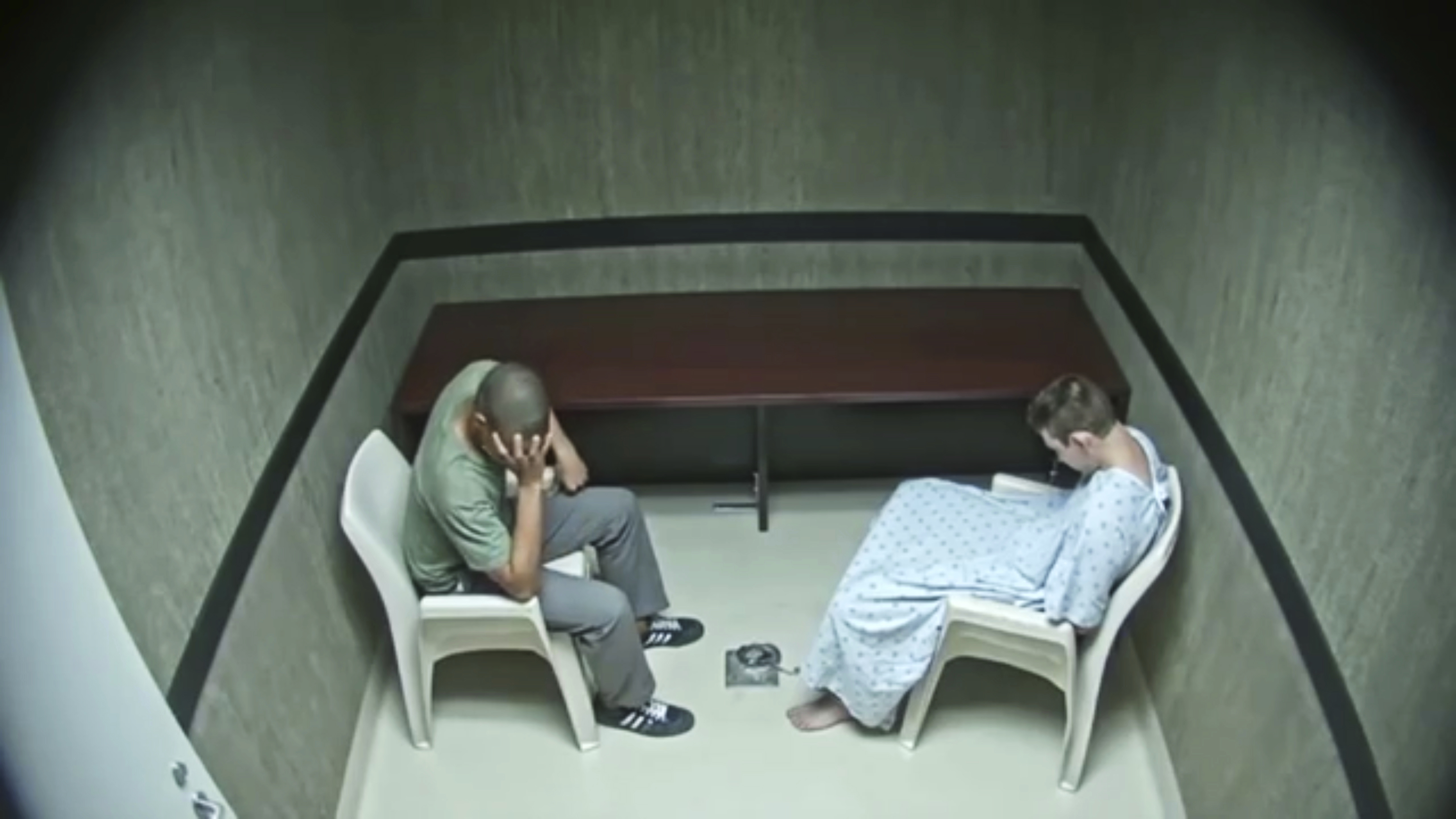