Families of the Parkland mass shooting victims are addressing the jury during the penalty phase of confessed shooter Nikolas Cruz’s trial.

The penalty phase of the trial is to determine if Cruz will be sentenced to death for gunning down 14 students and three staff members at his former South Florida school, Marjory Stoneman Douglas High School, on Feb. 14, 2018.

Patricia Oliver, whose 17-year-old son, Joaquin Oliver, was killed, called her slain son “the missing link of our family.”

“During the whole pregnancy we enjoyed every moment of it, including the doctors’ visits,” she said in court Monday. “Aug. 4, the best day of our family’s life, our beautiful, dear little boy, big eyes, has arrived. Joaquin.”

“We miss him more than words can say,” she said.

“I must let the listeners feel how painful it is to live with this deep hole in my heart,” she continued. 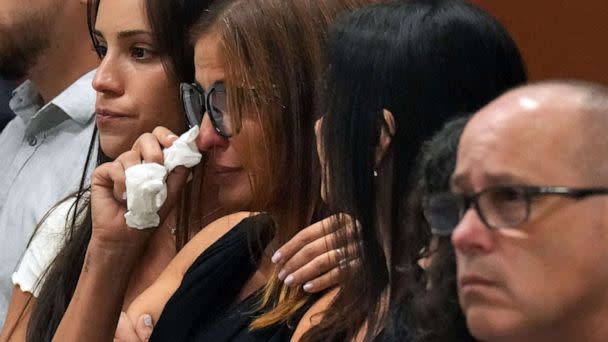 Joaquin was a planner, his mother said, planning everything from his high school graduation outfit to his college plans. He should have graduated college this year with a degree in business, Patricia Oliver said.

“I keep talking to him in my mind. I have to imagine the moments we were supposed to live and share with him,” she said.

“All the future ahead of him was taken from us. Getting his first professional job. Moving on his own. Cooking, doing laundry, everything he was supposed to learn from me,” she said.

Joaquin Oliver’s partner, Victoria Gonzalez, also gave a statement, explaining, “I was not labeled the girlfriend until the day he died … The label that we gave each other was always soulmate — that was my partner.”

Overcome with emotion, she said out loud, “I’m gonna do it,” as she began to read her statement.

“Joaquin loved to make people smile. He loved to dance down the hallways at school … He loved to sit in my passenger seat and sing his heart out,” Gonzalez said.

“He worked so hard in class — all he wanted was to graduate and make his family proud. He wanted to travel and run away with me to Paris,” she said.

On Valentine’s Day 2018 — the day Joaquin was killed — they had a movie date planned.

“I remember wondering if, amongst the chaos later that day, we would still have a quiet night together at the theater. I lost myself that day,” she said, crying. “I lost my soulmate in the flesh.”

“I lost the friend who understood me most. I lost the excitement to watch him grow up,” she said. “I lost innocence, I lost purity. I lost the love letters he was writing for me in that fourth-period creative writing class — I never actually received them. They were pinned to his shirt. I miss my best friend and the way he made me feel at home.”

“I am heartbroken that I won’t be able to watch her become the amazing young woman she was turning into,” she said through tears.

Alaina’s older sister by five years, Meghan Petty, described Alaina as smart, confident and someone who “shined with integrity.”

“I try my hardest, but her loss makes me feel empty and like truly loving anyone ever again is impossible,” Meghan Petty said. 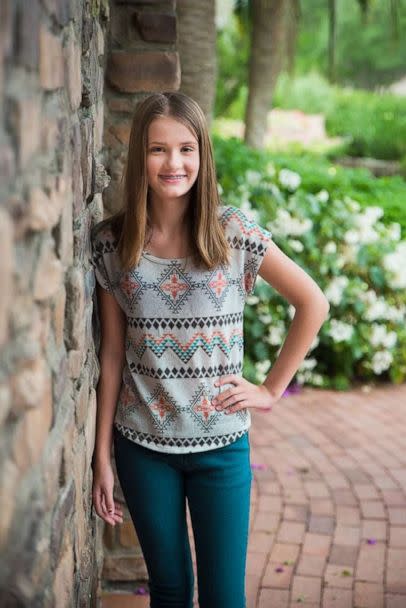 “She never got a chance to even truly live. She never got her braces off. She never had her first kiss. It causes me pain to know she never went on a first date … never got to fall in love, never got to experience heartbreak and come out stronger and wiser. … She’ll never go get her driver’s license, she’ll never feel the satisfaction of getting her first paycheck. She didn’t get to pick what college she wanted to attend or feel the anticipation of waiting for that acceptance or rejection letter,” Meghan Petty said. “She’ll never be able to get married or have kids of her own — and she probably hadn’t even begun to think about those things because she was supposed to have a lifetime to figure that out.”

“No amount of strength can prepare you for hours of waiting and worrying only to see your parents come home with one of your siblings but not another one,” she continued. “The initial pain of finding out she was dead has been nothing compared to the pain of living without her. I keep waiting for her to walk through the door.”

Meghan Petty said Alaina’s death “looms” in the back of her mind at all times.

“Her absence screams at me, even when I’m focused on other things,” she said.

“I try to just shut it out,” she said, because she “cannot emotionally comprehend” that her sister is gone.

Stoneman Douglas geography teacher and cross-country coach Scott Beigel, who was killed in the shooting, spoke with his mother Linda Beigel Schulman most days, she said in court.

“Scott and I had an amazing mother-son bond that cannot really be put into words,” she said. “We had an unspoken understanding that we could vent to each other, not be judgmental, give advice only if asked, and never ever get it thrown back in our face.”

Scott Beigel, a New York native, spent every Sunday with his grandmother, who lived nearby in Florida.

“The two of them had a very special bond,” Schulman said. “Scott was the safety net she always counted on.”

She described her son as humble, witty and great with children. 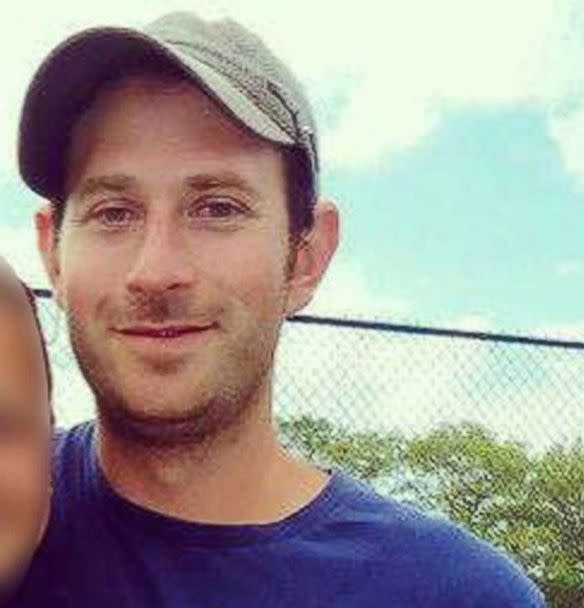 Scott Beigel spent his childhood going to sleepaway camp and loved it so much, he ended up running the boys’ camp when he was in his 30s, she said.

As a cross-country coach, it didn’t matter if a student was the fastest runner or the slowest, he treated everyone equally, she said.

“Scott’s cross-country team loved him as he loved each and every one of them. To this day I still hear from many of them,” Schulman said.

As for her grief, Schulman said, “I am still trying to learn to live with this every day, and it’s not getting any easier.” 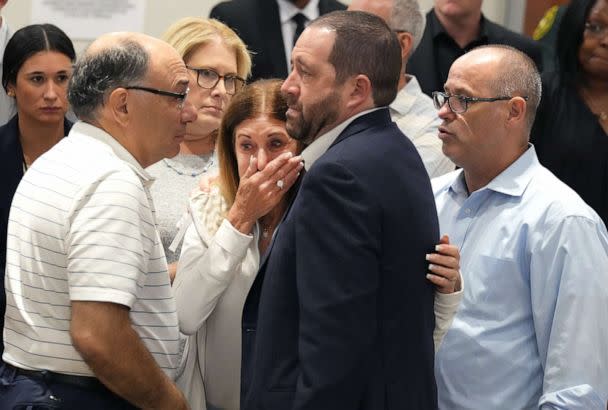 Scott Beigel’s father, Michael Schulman, said he adopted Scott and his sister when they were in their 20s, explaining, “I wanted to be their dad and not their stepdad.”

Michael Schulman recalled helping his son set up his first apartment when he moved to Florida.

“We painted, hung pictures, installed ceiling and wall fixtures and built furniture. It was one of the most fondest memories I have of Scott and I, working together, father and son, getting him set up for his new life in Florida,” he said.

“On Feb. 14, 2018, my entire life was put into a blender. My life was turned upside down and inside out. Each day, some thought or memory of Scott comes to mind. I try desperately to hold onto those memories because it’s all I have left,” he said.

“I will never go to another ball game with Scott, I will never help him set up another home,” he said. “I miss you, son. I will miss you forever.”

The jury’s decision must be unanimous for the death penalty.