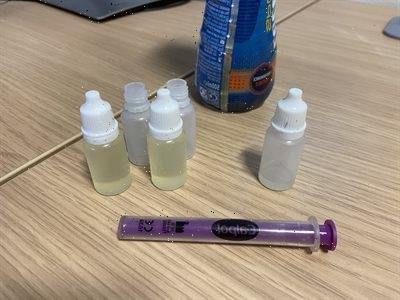 PARENTS are being warned of a dangerous new vaping trend after a young boy was left debilitated.

It is believed the teenager vaped a mixture of CBD and THC oil – a harmful concoction which can cause a range of nasty side effects. 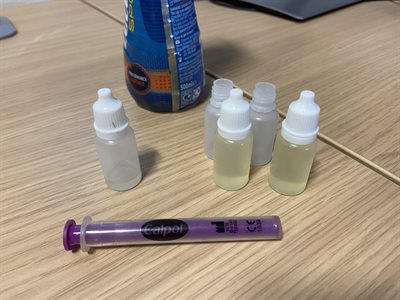 Thankfully the teenager was at home at the time and was able to get help when he became unwell,

But cops now fear teens across the UK are being sold the lethal concoction sports bottles, especially in remote areas around Barnard Castle and Teesdale.

A police spokesperson said: “A large quantity of the dull yellow liquid – is being sold in sport bottles and distributed in small, unlabelled bottles – has already been seized by police.

“Remember, it is illegal to vape if you are under 18.

“If you see or are offered anything that matches the liquid’s description, call 101 or 999 in an emergency.”

It comes as it was last month revealed that vaping just once increases your risk of cancer and other disease.

The shocking research found just how quickly vaping can affect the cells of health nonsmokers.

This happens when there is an imbalance between free radicals – molecules that cause damage to cells – and antioxidants – which fight free radicals.

Dr. Holly Middlekauff, a professor of cardiology and physiology at the David Geffen School of Medicine at UCLA, said: "Over time, this imbalance can play a significant role in causing certain illnesses, including cardiovascular, pulmonary and neurological diseases, as well as cancer."

“We were surprised by the gravity of the effect that one vaping session can have on healthy young people.

“This brief vaping session was not dissimilar to what they may experience at a party, yet the effects were dramatic.”