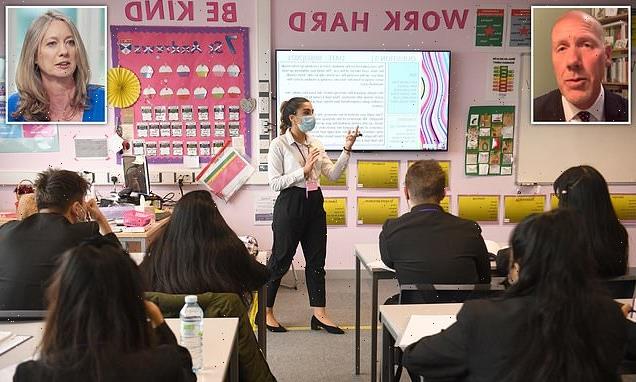 School leaders today raised fears over parents keeping their children at home for the final days of term to avoid their summer holidays being cancelled by self-isolation.

Mothers and fathers across Britain are said to be desperate to avoid having to stay at home if they are pinged by the NHS Covid-19 app or contacted by Test and Trace.

But headteachers have urged parents to ensure their children still attend if they are not ill or self-isolating despite accepting holidays were important after a ‘torrid year’.

Geoff Barton, general secretary of the Association of School and College Leaders, described the situation as a ‘grim end to a highly-disrupted academic year’.

It comes as an estimated 1.7million people across the country are currently self-isolating after being ‘pinged’ by the app or contacted by NHS Test and Trace. It is only a legal requirement to isolate if you are contacted, and not if you are pinged. 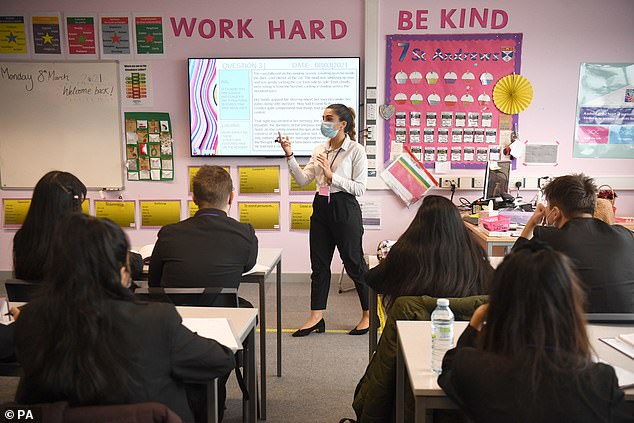 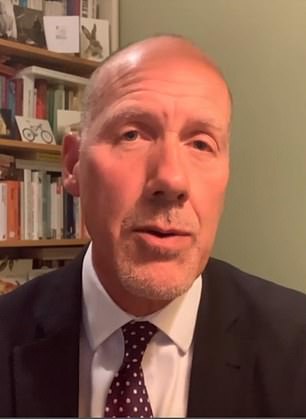 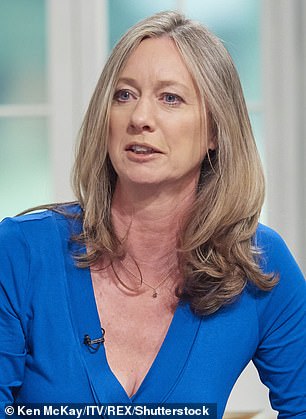 Geoff Barton (left), general secretary of the Association of School and College Leaders, and Justine Roberts (right), the chief executive of Mumsnet, have spoken about the situation

Mr Barton told MailOnline today: ‘We are concerned about parents keeping children at home over the last days of the summer term to avoid the risk of them being asked to self-isolate and this interfering with family holidays.

‘We are not casting blame on parents because we understand the importance of holidays after such a torrid year but we would encourage attendance where children are not ill or self-isolating.

Number of children being home-educated in UK ‘rises by 75%’

The number of children registering for home education in the UK rose by 75% in the first eight months of this school year, according to an investigation by the BBC.

The broadcaster received Freedom of Information (FoI) responses from 153 of the 205 county councils and unitary authorities in Great Britain, and all of Northern Ireland, which submitted results as a whole.

It found that in north-west England – an area badly hit by Covid cases during the pandemic – numbers were 92% up on the previous two-year average.

Increasing numbers of families have switched to home-educating their children full-time amid the pandemic, removing them from the school register and notifying the local council, the BBC found.

More than 40,000 pupils were formally taken out of school in the UK between September 2020 – when schools fully reopened – and April 2021, compared with an average of 23,000 over the previous two years, the figures suggest.

Some parents and councils – including in former hotspot Bolton – told the BBC the increase is down to ‘Covid anxiety’.

In December, an Ofsted report found the number of children being home-schooled had risen during the current school year.

Almost three-fifths of schools told inspectors they had at least one pupil whose parents had removed them from school to be home-educated since the start of the autumn term.

School leaders said some parents have told them they only want to home-educate temporarily and that their children would return once ‘the pandemic is over’.

In October, the watchdog suggested anxiety among parents about Covid-19 had driven the increase.

Ofsted found that misinformation and myths – often from social media – about the different approaches taken to prevent transmission of the virus had been causing confusion and parental anxiety.

There was a 75.6 per cent rise in home education between September 2020 and April 2021, compared with the averages for the same school terms over the previous two school years, the BBC figures suggest.

Every nation and region of the UK saw at least a 50 per cent rise, based on the councils that responded. For some, the rate was much higher.

The figures from 153 councils do not account for children taken off the register after the end of April 2021, or who have since returned to the classroom.

‘Schools are currently coping with very significant levels of pupil absence not only for Covid-related reasons but more generally. We are also hearing of more schools having to close because of spiralling Covid rates.

‘It is a grim end to a highly-disrupted academic year, and it is essential that the government better supports schools and colleges in the autumn term to minimise further educational disruption.’

Business leaders and MPs have piled pressure on Prime Minister Boris Johnson to end the ‘pingdemic’ farce bringing Britain to its knees.

They spoke out as he had to perform a humiliating U-turn and self-isolate following contact with Health Secretary Sajid Javid, who has tested positive for Covid.

Justine Roberts, the founder and chief executive of Mumsnet, told MailOnline: ‘If the Mumsnet forums are any guide, the self-isolation system is creaking at best, with many taking their children out of school early and others saying they will press on with desperately-needed holidays in the UK even if their child gets a notification to isolate.

‘To quote one user, ‘Nobody is isolating because of school or nursery contacts around here, and nobody is chasing them up.’

‘Meantime others – particularly pregnant women or those with clinically vulnerable family members – are aghast at how quickly the system appears to be breaking down.’

From today, key NHS workers will be exempted from the quarantine rule to help avoid hospitals cancelling operations because of staff shortages.

Mr Johnson and Chancellor Rishi Sunak had announced yesterday they would take part in a pilot scheme to avoid quarantine.

This sparked accusations of ‘one rule for them and another rule for everybody else’. The backlash saw Downing Street carry out a U-turn inside only three hours.

Mike Cherry of the Federation of Small Businesses questioned why a system to avoid self-isolation was open to politicians.

‘Small firms have been struggling to get across mixed messaging regarding the reopening for weeks now, and this is no different,’ he said.

‘Thousands of small businesses will now be left wondering why the testing pilot is only open to those at the top of government and a handful of big corporates and organisations but not them.’

The CBI said there was an urgent need ‘to allow double-jabbed individuals not to self-isolate if they have been informed by NHS Test and Trace that they have come into contact with a Covid-positive individual’.

The British Retail Consortium called for pinged store staff to be able to continue to work if they had a negative test result.

James Bielby, of the Federation of Wholesale Distributors, said: ‘Food supply chain workers are key workers and, unlike Mr Johnson and Mr Sunak, their workplace doesn’t close down for the summer.

‘They’re needed not only to keep shelves and storerooms stocked, but also to drive the economic recovery of the hospitality sector which the Prime Minister and Chancellor are depending on.’ 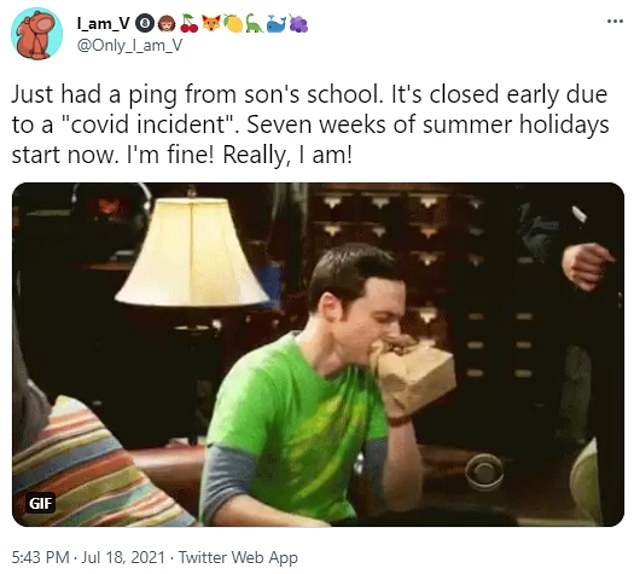 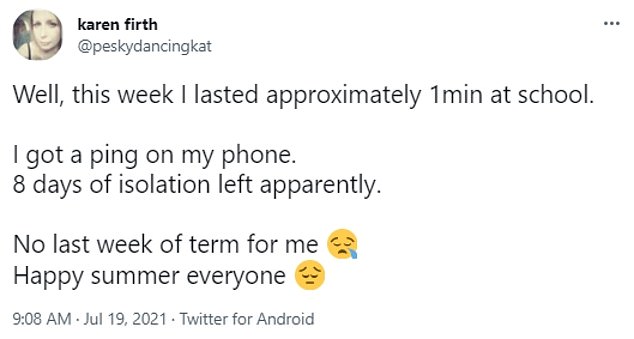 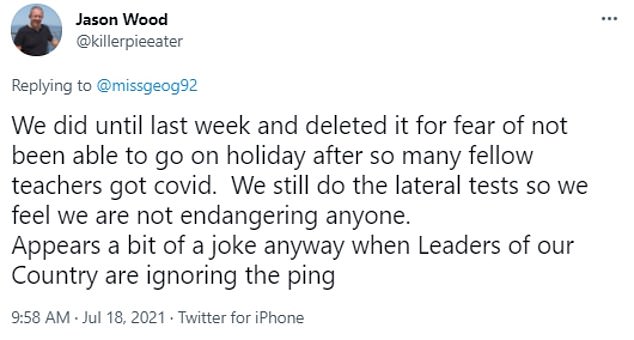 The boss of Marks & Spencer, Steve Rowe, warned a staff exodus could force the chain to reduce opening hours.

Last night the Government said that from today fully vaccinated frontline NHS and social care workers who are a contact of a positive case would be allowed to work in exceptional circumstances.

They will have to take a PCR test and daily lateral flow tests for the duration of the period they would otherwise have been in isolation.

The Adam Smith Institute yesterday estimated more than 1.7million people were isolating across the UK and warned the figure could reach 5.2million in a month.