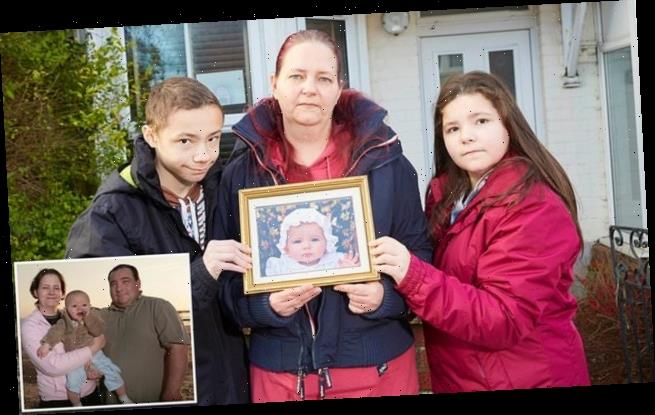 ‘Happy Birthday, darling – we’re still in the house you were snatched from 16 years ago’: Parents of three children taken into care amid false abuse claims try to trace the eldest as she hits 21 – and ban on contact expires

A couple wrongly accused of abusing their children have wished their eldest daughter a happy 21st birthday – 16 years after they last saw her.

In early 2005, devoted parents Nicky and Mark Webster were given just an hour to celebrate their little girl’s fifth birthday before saying goodbye to her and their two younger children forever.

The devastated couple, who had been falsely accused by social workers, were subject to a court order preventing any contact between them and the children. An injunction blocked them, or anyone else, naming the youngsters publicly.

But on Friday, as their eldest turned 21 and 16 years to the day since the wintry night they lost their children, the court order that had turned their lives into a Kafkaesque nightmare finally came to an end.

After years of anguish and enforced silence, Nicky can wish her daughter, who can be named for the first time, a happy birthday – and urge her to get in touch. 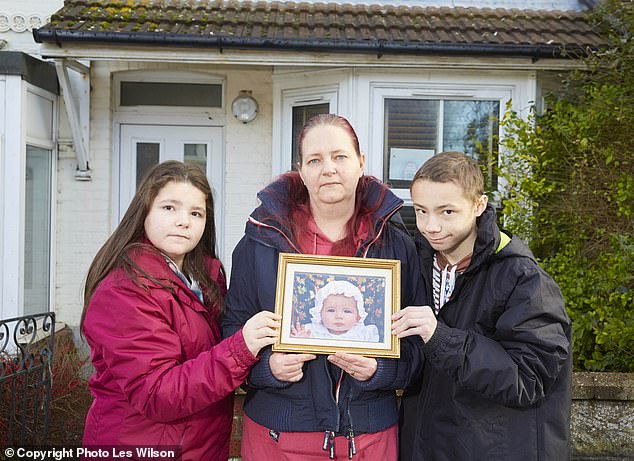 Nicky and Mark Webster were wrongly accused of abusing their three children by social workers in 2005 and have been subject to a court order preventing any contact between them and the children who were forcibly adopted. Pictured: Nicky yesterday with Brandon and Cara and a photo of Amy

Taking to Facebook, she wrote: ‘Happy 21st birthday to our beautiful daughter Amy Kathleen. We’ve waited for this day for so long and now it’s finally here! It’s been 16 years since we last saw you and your brothers. We are now legally allowed to reach out and find you. We hope you are all happy, safe and well. If you can, please reach out to us. We are easily found and still live in the same house you lived in with us before you were so cruelly taken.’

Over the years, the couple have trawled social media for clues about what their children might look like or what they are doing – but to no avail. Now Nicky feels hope that she may be reunited with her daughter and, in due course, her younger children.

‘I just want to see her again, I want to talk to her again, I want her to be part of our family if that’s what she wants,’ Nicky told The Mail on Sunday from the family home in the Norfolk seaside town of Cromer.

‘When Amy was five, she knew our address off by heart. Over the years when we’ve thought about moving we haven’t, just in case she still remembers the address and comes home looking for us one day.’

The Websters’ ordeal began in 2003 when their three children, known then as Child A, Child B and Baby C, developed feverish colds. While Amy shook it off, as did the three-month old Baby C, their middle child B, who was then two, remained ill.

He had been late in starting to walk and was unsteady on his feet. After several visits to their GP, where Child B was prescribed antibiotics for a suspected ear infection, Nicky and Mark took him to a hospital minor injuries unit. He was diagnosed with a hip bone inflammation and admitted.

Scans revealed fractures on the youngster’s body and a nurse accused Nicky of having Munchausen Syndrome by Proxy, a condition in which a parent harms their child in order to seek attention.

While Child B remained in hospital, the two other children were taken into care. All were subjected to a battery of tests, none of which showed signs of abuse or neglect.

Meanwhile, the couple could only make hospital visits to their son if they agreed to supervision.

Six months later, after a period in foster care, social workers announced that adoptive parents had been found. The couple went to court where they were branded child abusers and the court ruled their children would be taken from them in 2005.

The nightmare would not end there, however. Nicky unexpectedly became pregnant with another child, Brandon.

Just days before the birth, the Websters fled to Ireland – outside the UK’s jurisdiction – terrified that their new baby would be snatched from them at birth. Brandon was born on May 29, 2006. 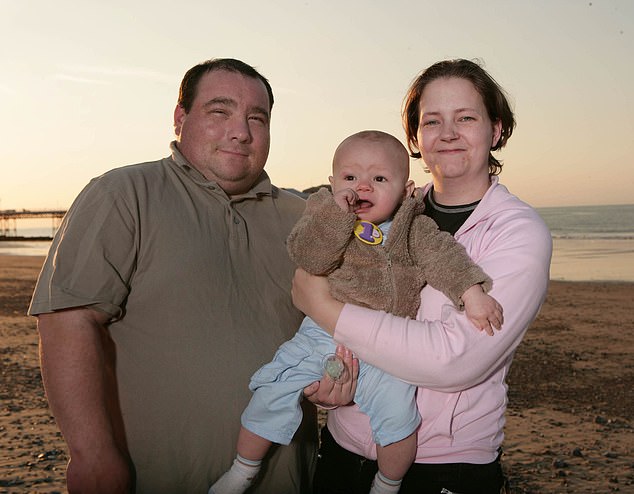 ORDEAL: Over the years, the couple have trawled social media for clues about what their children might look like or what they are doing – but to no avail. Now Nicky feels hope that she may be reunited with her daughter and, in due course, her younger children. Pictured: The Websters with Brandon as a baby

After negotiating with British social services, the couple took their new son back to England on the understanding they would be placed in a special parent-and-child unit where their parenting skills would be monitored.

As it became clear the Websters were model parents, their plight began making headlines and the MoS stepped in to support them, hiring a leading QC to put their case.

He won them the right to keep Brandon and, such was the gravity of the case, the family court judge ruled that it should be heard in public.

For the first time, new scientific evidence could be heard indicating Child B’s fractures were the result of normal handling of a child with an underlying bone fragility caused by scurvy.

This was not due to neglect but to Child B’s diet. He was lactose intolerant and suffered a severe food aversion disorder, which meant he refused solids.

As a result, his diet consisted almost entirely of soya milk, woefully inadequate nutritionally but, crucially, sanctioned by the family GP. The consequences for his developing bones – and ultimately his parents – were devastating.

Though the court case provided some vindication of their parenting, it was a victory tinged with bitterness. There was no chance their older children would be returned.

The Websters’ only consolation is that they have been able to keep Brandon, now 14, and sister Cara, 11, who now desperately want to meet their siblings.

On Amy’s 18th birthday, Nicky posted photographs of her daughter online wishing her a happy birthday – only to receive a letter from social services warning her she had breached the injunction.

She feels no such fear now, however, and desperately hopes Amy makes contact. ‘We have no idea where our children are, but we just hope they remember us,’ she said.

‘If nothing else, we want to make sure that they are happy and safe.’

Nicky acknowledges that any kind of reunion might be difficult for the foster parents but feels her family should come first.

‘What they have done is a wonderful thing. But with everything we have been through, the injustice of it all, I think my own feelings outweigh that. Ultimately, they are our flesh and blood, and that is what counts.’