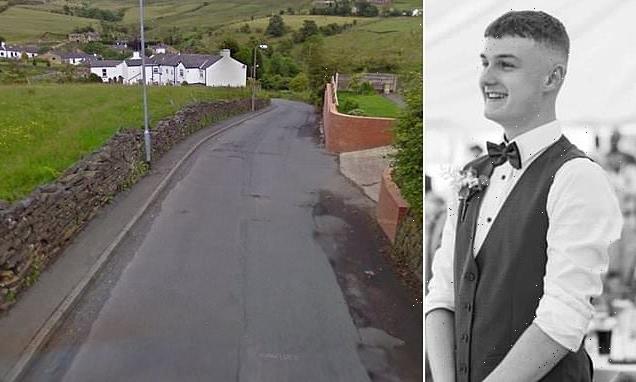 Heartbroken parents of boy, 17, who was killed in 30mph crash on modified electric bike while not wearing a helmet demand tougher legislation after inquest heard vehicle was not road legal

The parents of a teenager who died after crashing while riding an electric bike have urged cyclists to wear helmets to ‘prevent families going through this same tragic hell’.

Owen David Jones, 17, from Crawshawbooth, Wales, headed down Goodshaw Fold Road in Loveclough, Rossendale, on May 11 this year at speeds of up to 30mph on a Sur-Ron E-Bike electric bike, which had been modified to go faster, he borrowed from his friend Marley.

Marley, who was also with another friend Jack, warned Owen ‘not to use sport mode’ but after he didn’t return for 10 minutes, the two became concerned.

When Marley and Jack got to the bottom of the hill they saw Owen lying unconscious with his head against the kerb and blood coming from him.

Owen was not wearing a helmet. 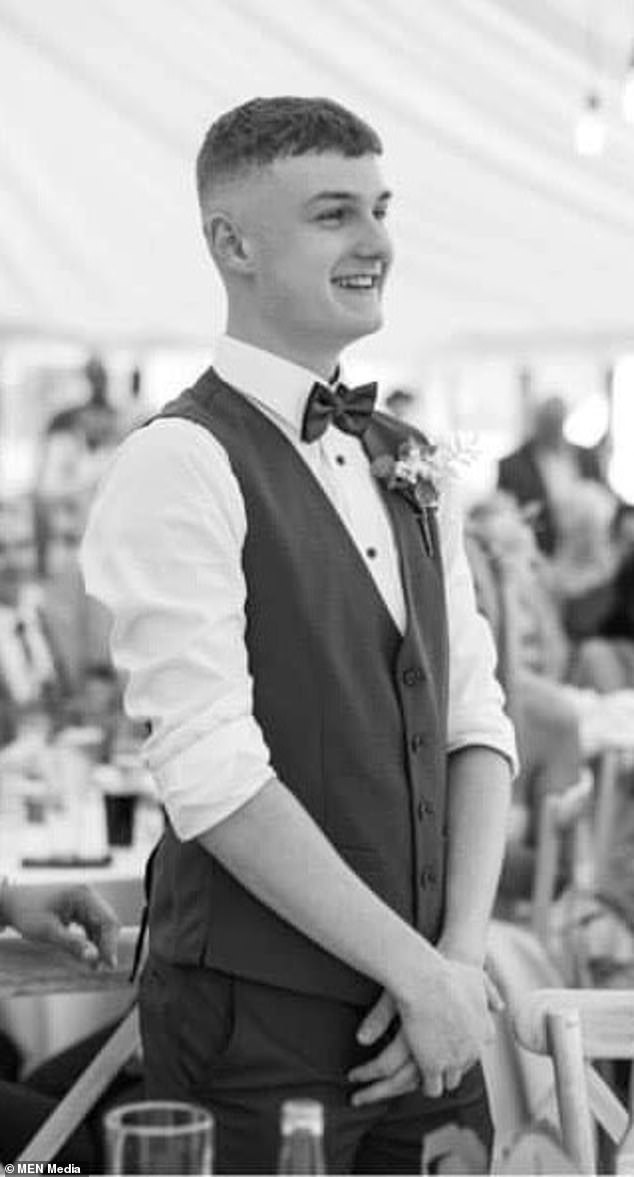 The parents of a Owen David Jones, 17, from Crawshawbooth, Wales, who died after crashing while riding an electric bike have urged cyclists to wear helmets to ‘prevent families going through this same tragic hell’

The 17-year-old was airlifted to the Royal Preston Hospital in Lancashire where doctors discovered he had suffered a catastrophic brain injury with several fractures and areas of bleeding.

Owen, an apprentice joiner and carpenter, sadly died the following day after experiencing ‘unsurvivable injuries’ in the crash.

An inquest held yesterday at Preston Coroner’s Court heard that the pressure inside Owen’s skull was four times the normal level.

After the inquest Owen’s parents Lisa and Richard called for greater legislation over electric bikes and scooters.

The Sur-Ron bike Owen had been riding at the time of the crash was not road legal and had undergone several modifications to allow it to be ridden faster.

Yesterday’s inquest heard that as the bike Owen was riding was not road legal it did not have to conform to any safety features.

However, despite the modifications, Area Coroner Chris Long found that these had not contributed to the collision.

Owen’s parents said: ‘Four months ago we lost Owen from a severe brain injury caused by coming off a Sur-Ron E-Bike. If he was wearing a helmet, we’ve no doubt the outcome could have been very different and Owen would be here today.

‘More legislation is needed for e-bikes and e-scooters. I regard the operation of many e-bikes as more akin to a motorcycle road bike than a bicycle. 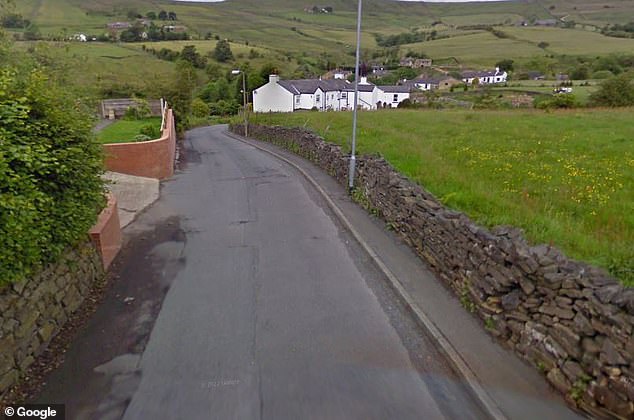 Owen headed down Goodshaw Fold Road in Loveclough, Rossendale, (pictured) on May 11 this year at speeds of up to 30mph on a Sur-Ron E-Bike electric bike, which had been modified to go faster, he borrowed from his friend Marley

‘They achieve acceleration to a top speed of 40+mph, much faster than anything else on the roads.

‘Since Owens accident we’ve personally seen teenagers without helmets and careless adults speeding down streets/roads and even pavements on their e-bikes for public safety, helmet requirements, age limitations and operating restrictions should be implemented for e-bikes, as they are for motorcycles.

‘This may prevent other parents and families going through this same tragic hell as we are.’