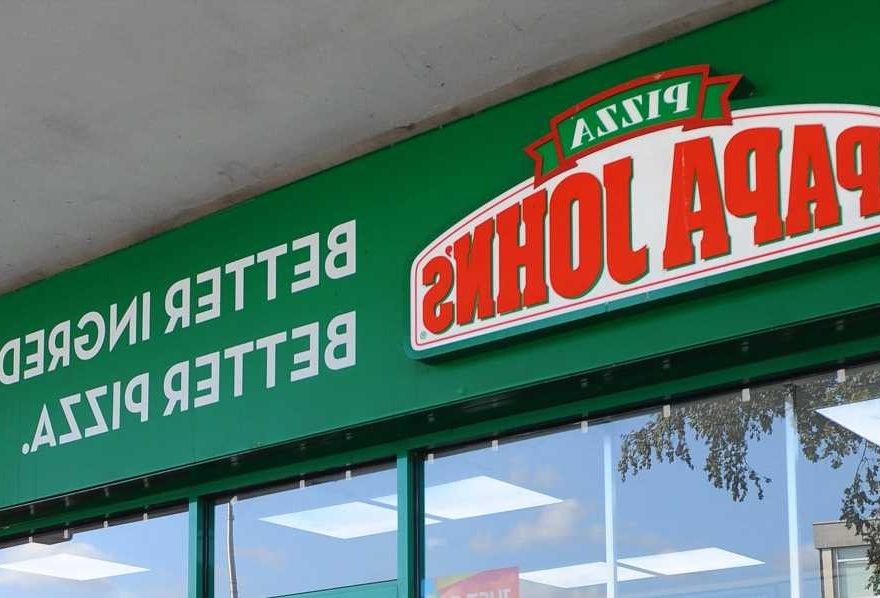 A PAPA John's franchise owner sacked a "starving" teenage worker when he asked for a free pizza because he couldn't afford it.

Lawson Callaghan, 17, was stunned to be fired for "looking for handouts" after texting his boss for free food while on an overtime shift. 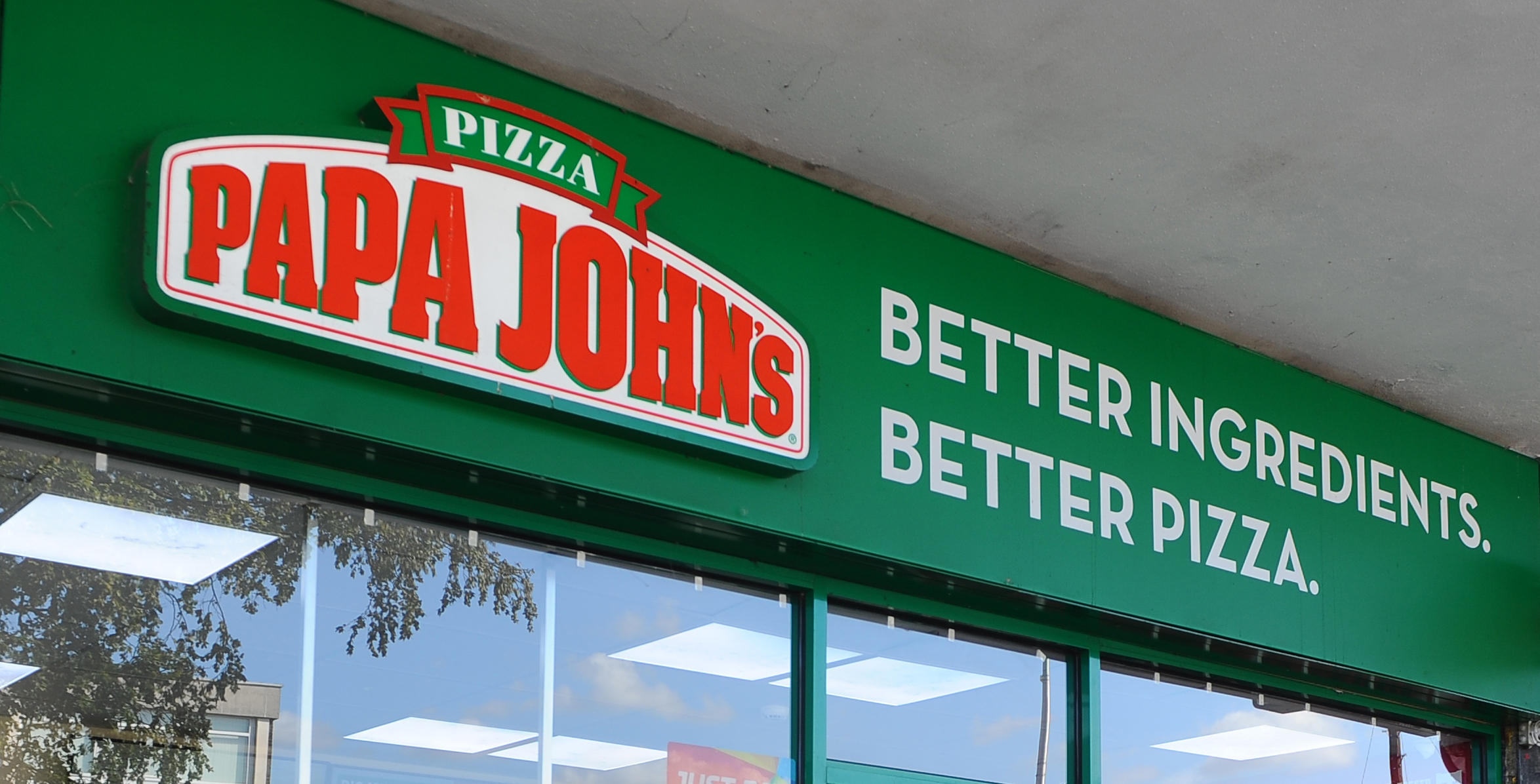 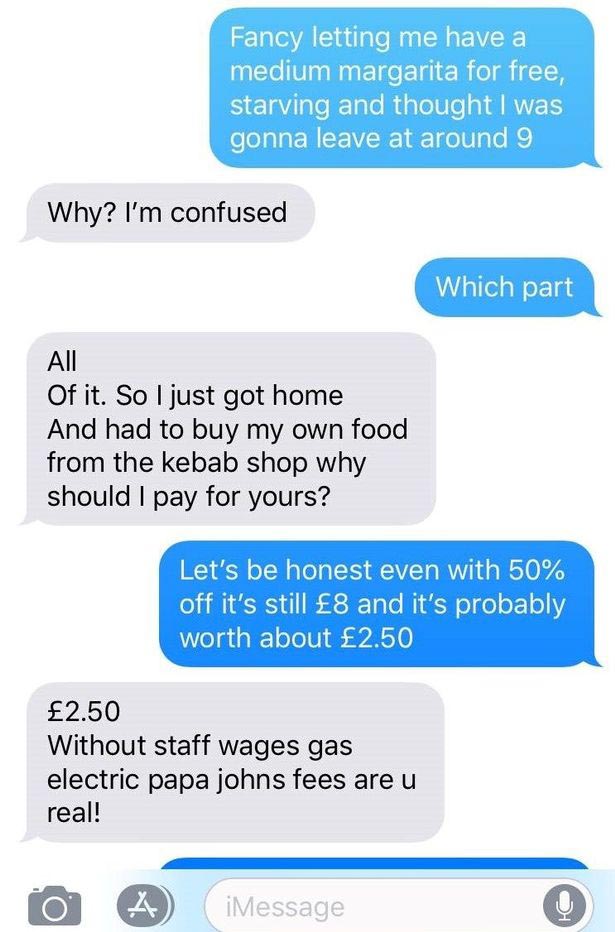 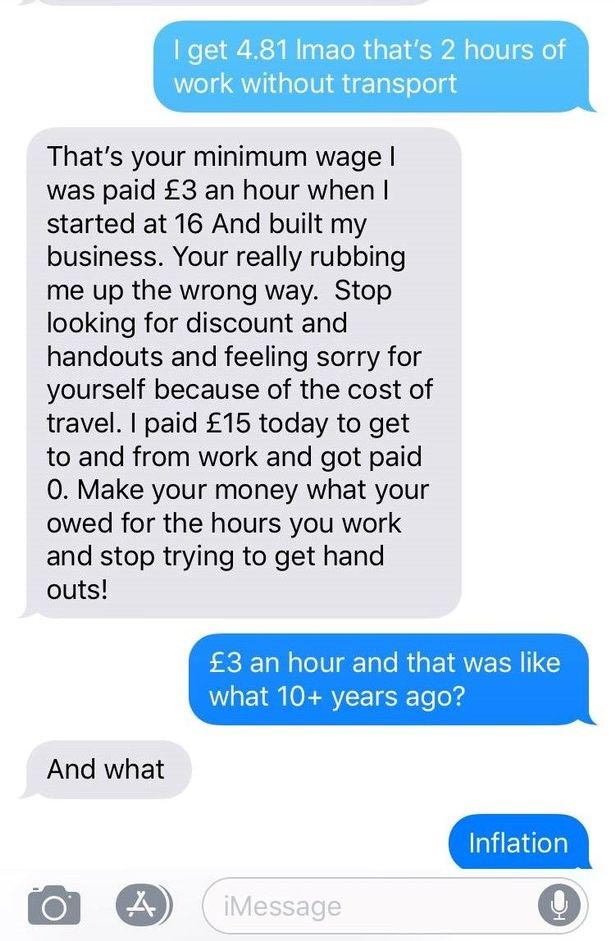 Leaked screenshots of the encounter show the owner then proceeded to brag about his wealth and call the teen a "loser" for not being able to afford food.

Even with the employee discount, the teen said he couldn't stretch it after not yet receiving a payday on his £4.81 minimum wage.

Despite thinking he would be done with work at 9PM last Friday, Lawson found himself still at the Papa Johns in Caerphilly, Wales an hour later, and asked for the free pizza as he was "starving".

But the boss instead said he was "confused" by the hungry teen, and snapped back: "Had to pay for my own food from the kebab shop why should I pay for yours?"

Read More in The Sun 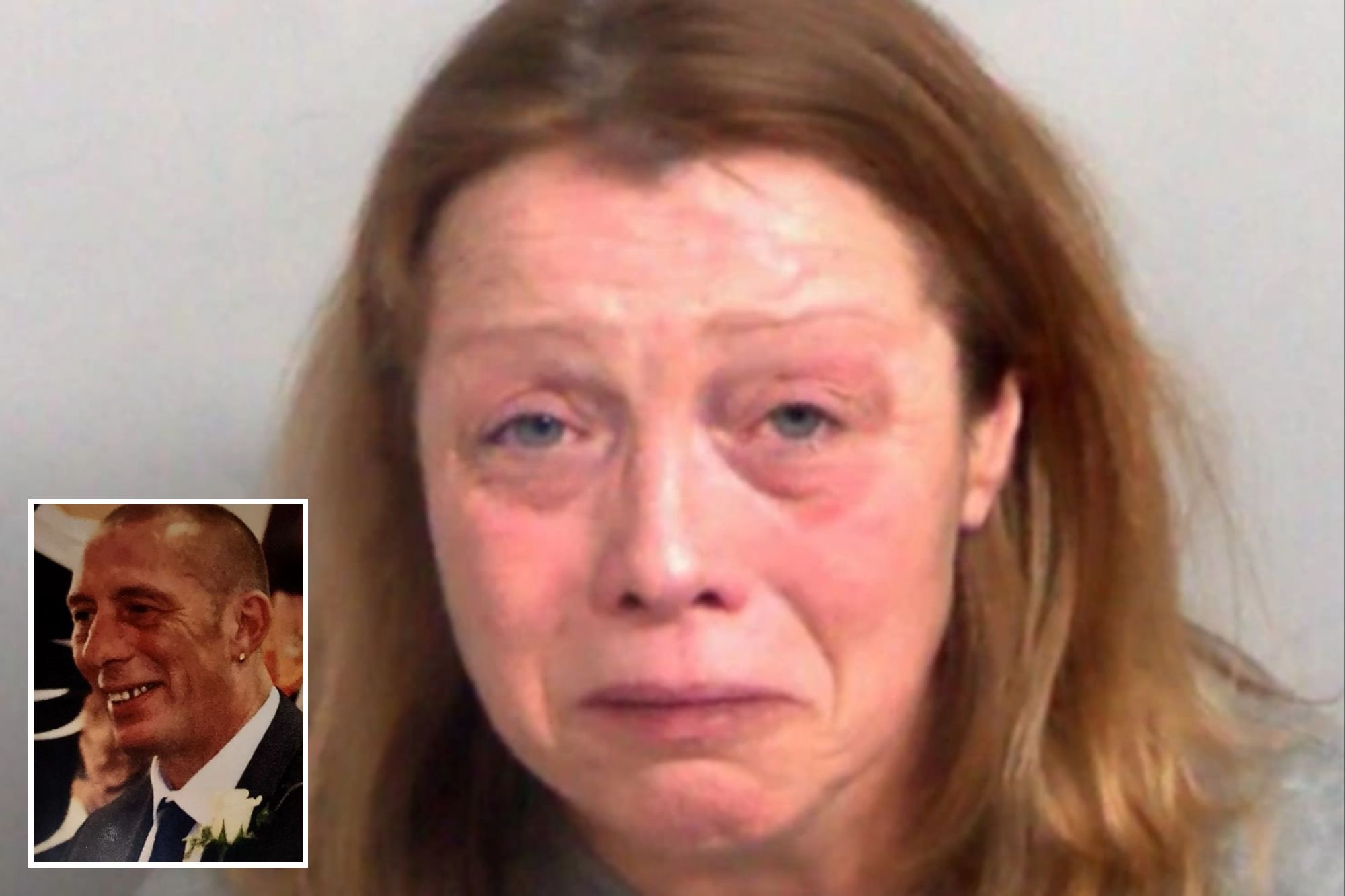 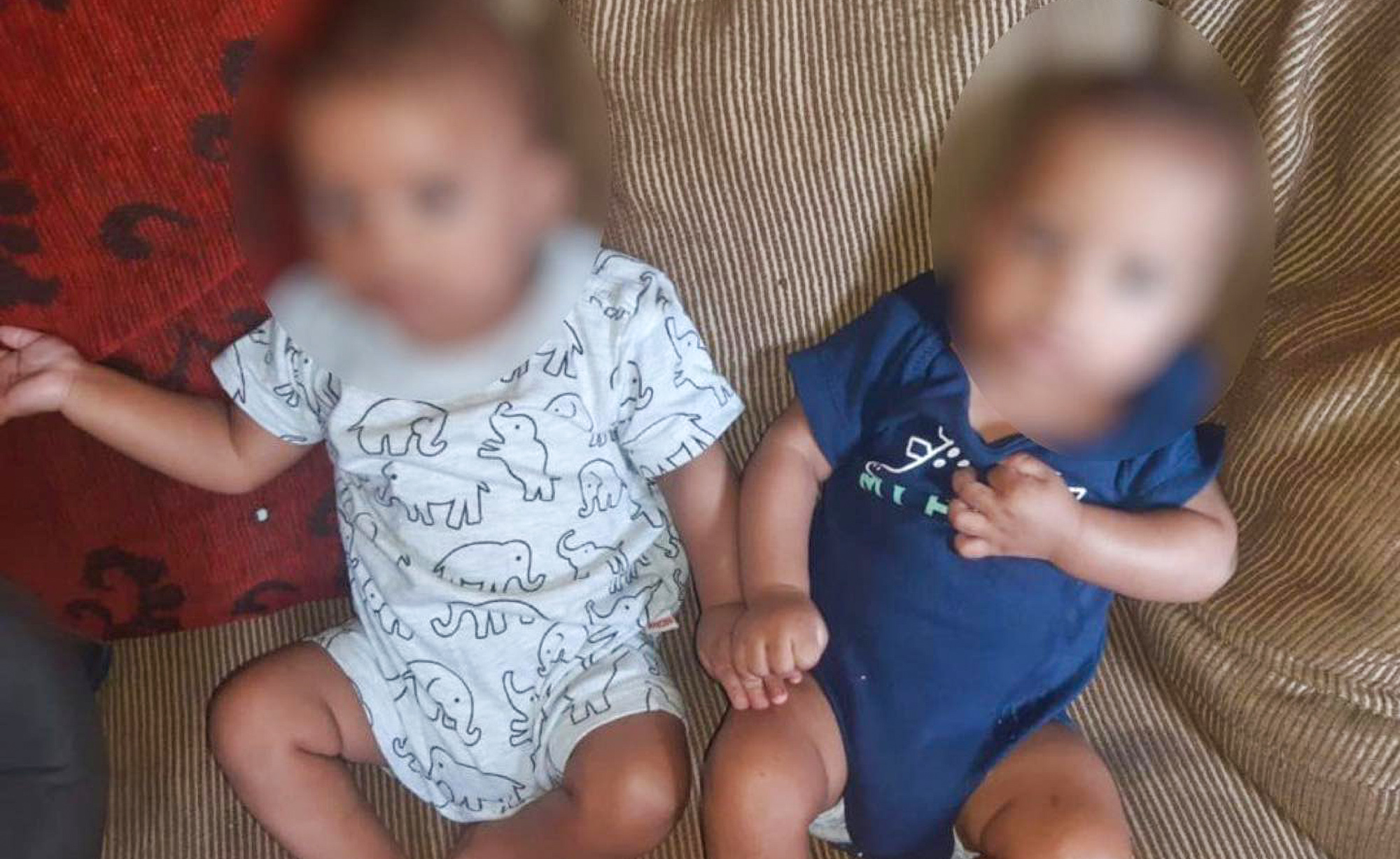 He continued: "I was paid £3 an hour when I started at 16 and built my business.

"Your really rubbing me up the wrong way. Stop looking for discount and handouts and feeling sorry for yourself because of the cost of travel.

"I paid £15 today to get to and from work and got paid 0. Make your money what your owed for the hours you work and stop trying to get hand outs!"

The owner added that they thought the teen was "taking the p***" after they pointed out he only used to be on a lower wage due to inflation. 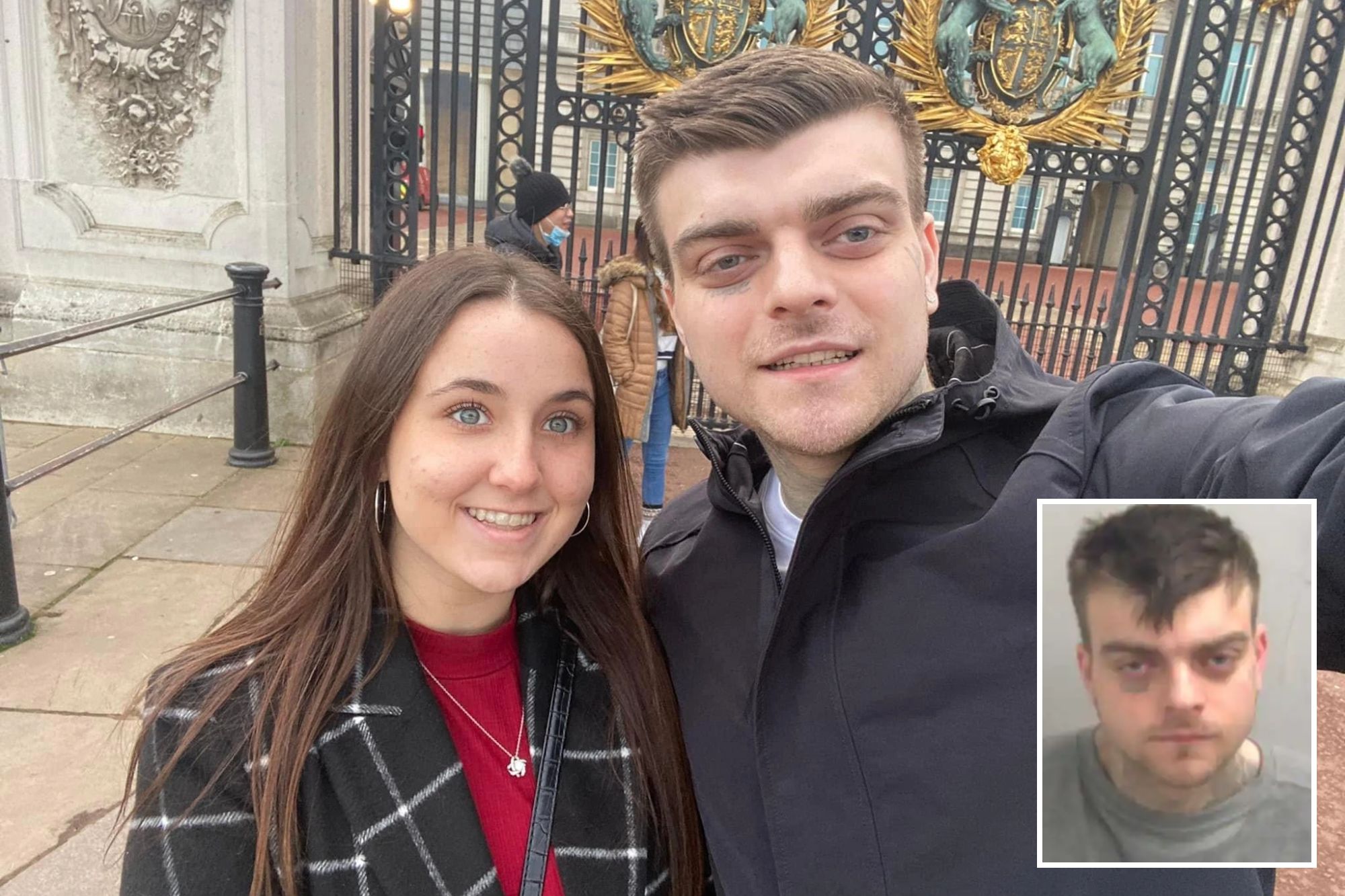 LURED TO HER DEATH 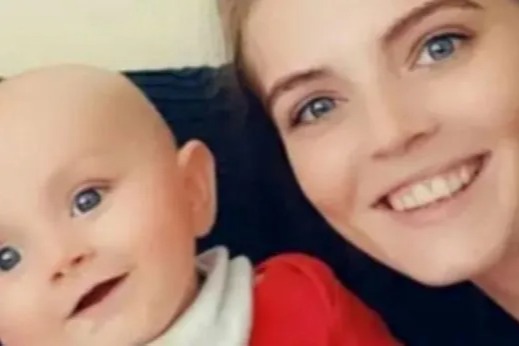 Boy, 1, died of dehydration after being trapped in home when mum dropped dead 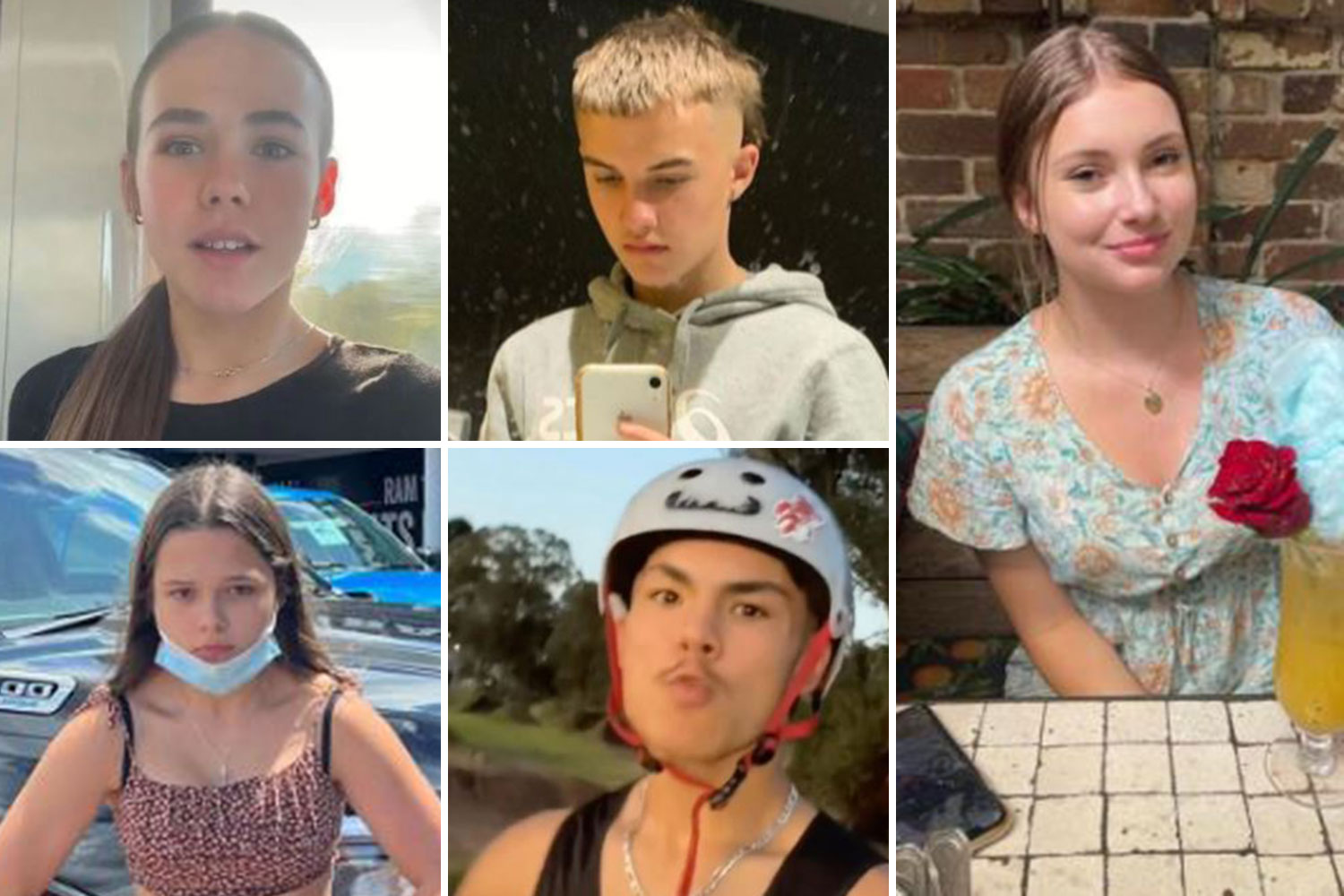 Lawson then slammed the franchise owner as "acting like we're living the dream working here" despite last minute rotas, minimum wage pay and unfixed times they leave at the end of the day.

This appeared to be the last straw for the pizza shop owner, who proceeded to fire the teen, harshly telling him: "That's how you destroy your employment."

The text conversation shows the unnamed franchise runner boasting about his wealth after sacking the 17-year-old, mocking Lawson for not being able to afford a pizza while he was "worth a s*** load".

"I pay what I want. I pay myself 8k a week as I have 4 shops looking to buy 4 more soon. Your a loser good luck boy!" he added.

After being booted from the employee group chat, Lawson was then told by another worker the boss shared screenshots of their conversation with them behind his back.

Despite captioning the screenshots "I can't believe the cheek," the employees quickly told the shop owner to keep the conversation private – to which he replied: "Nah my business I do what I want."

But they weren't done yet, as when they discovered another employee passed the messages on to Lawson, the Papa John's runner fired them on the spot as well.

Lawson told WalesOnline: "[I thought] how can he be saying that type of thing, especially to someone who is under 18 who's only been working there for a short amount of time – their first job as well."

He shared the exchange online and the owner's actions have been widely condemned. He admitted the incident had "knocked his confidence" and is also concerned about getting paid. "I have no money. If he pays me on [September 14] I will get money," he said.

"We are currently investigating this matter and it would not be appropriate to comment further until that investigation is complete."

The Sun has reached out to Papa Johns UK for further comment. 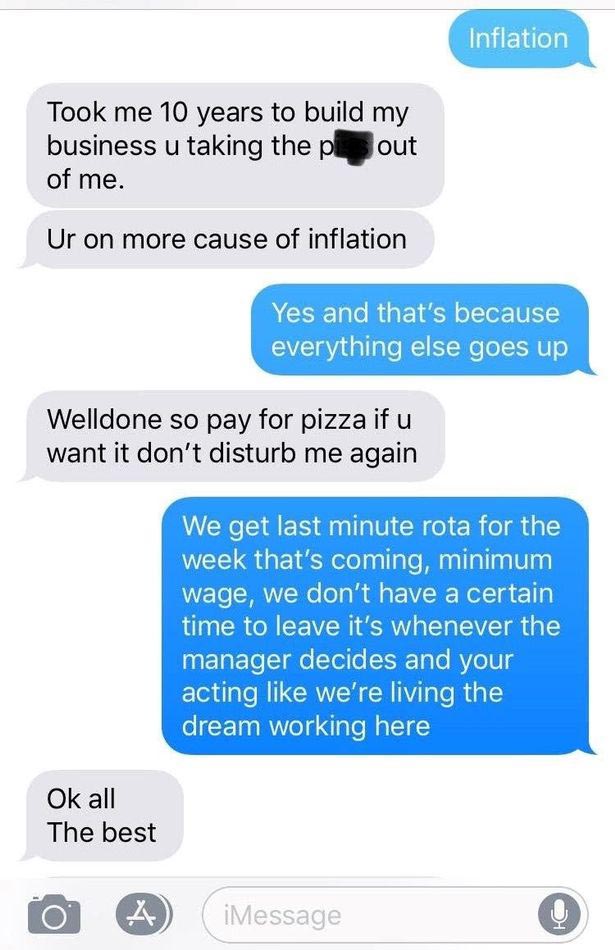 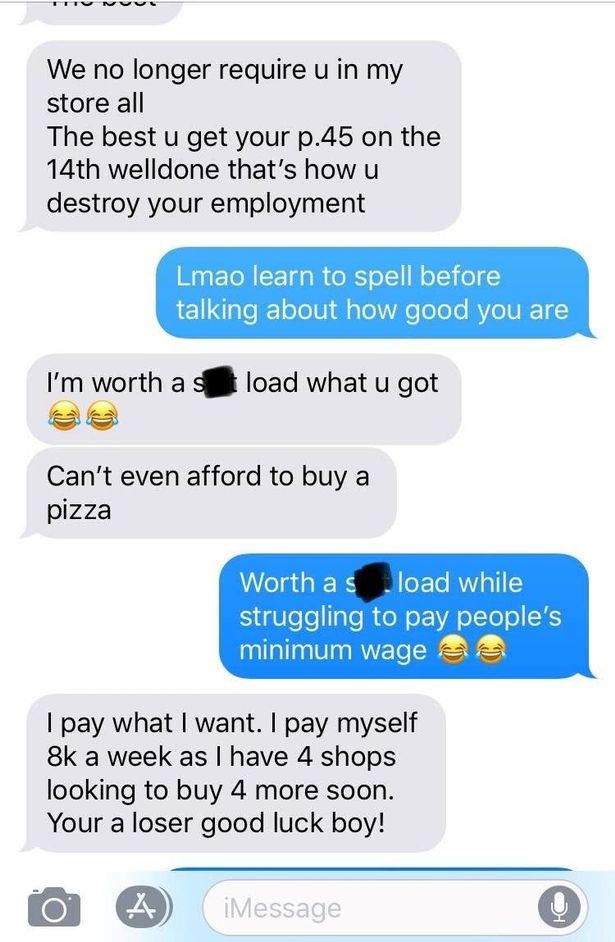