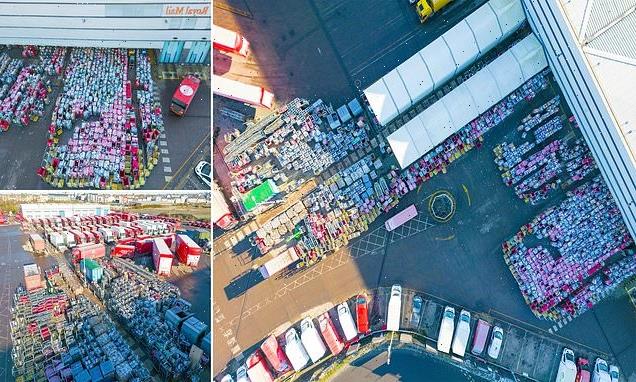 Is your Christmas present sitting in Royal Mail’s parcel mountain? Letters and packages are pictured piling up outside sorting office as workers continue strike action – and retailers urge Britons to buy presents in person

Aerial photographs show letters, parcels and Christmas presents piling up outside a Royal Mail sorting office this morning as workers continue to strike.

Day two of a 48-hour walk out shows mountains of undelivered items still neatly lined up at the Filton office in Bristol.

A total of 10 days of strike action have been planned by the Communication Workers’ Union (CWU), with over 115,000 members walking out in the run up to Christmas.

Though the bitter dispute between Royal Mail workers and bosses over pay and conditions is unlikely to be resolved before Christmas, a union boss has said.

It comes as British retailers are encouraging Christmas shoppers to visit their local high street in order to buy gifts rather than going online and potentially not receiving their order in time. 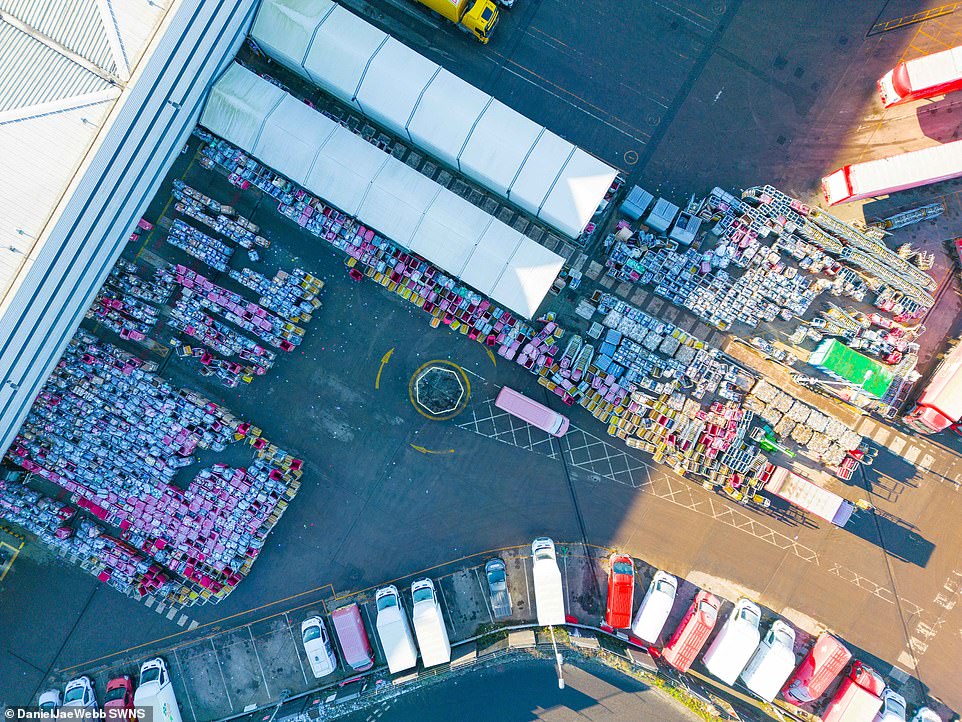 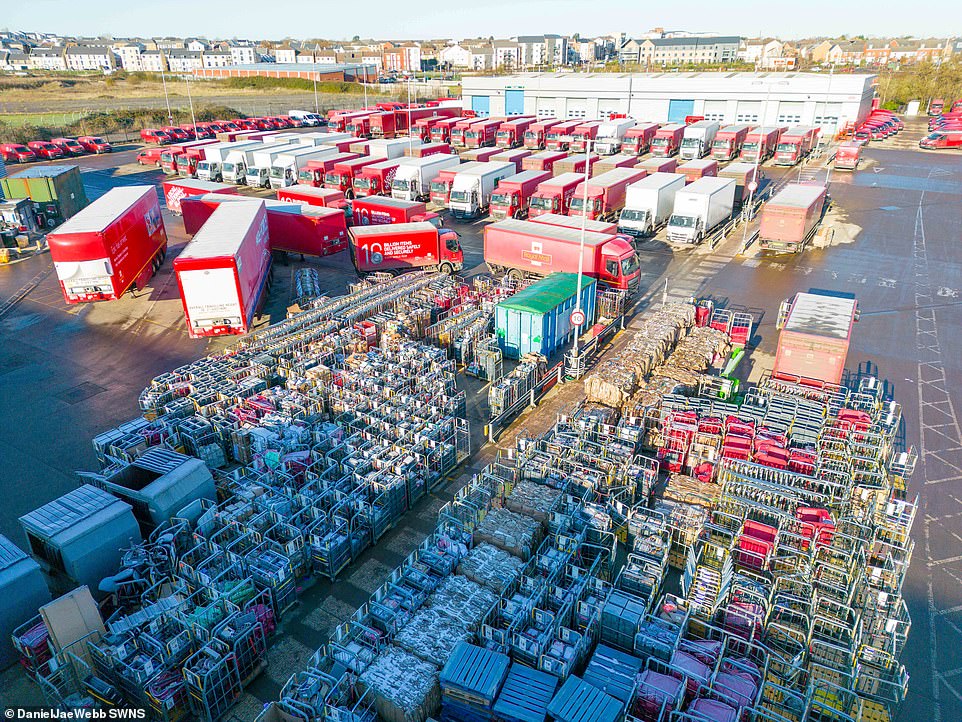 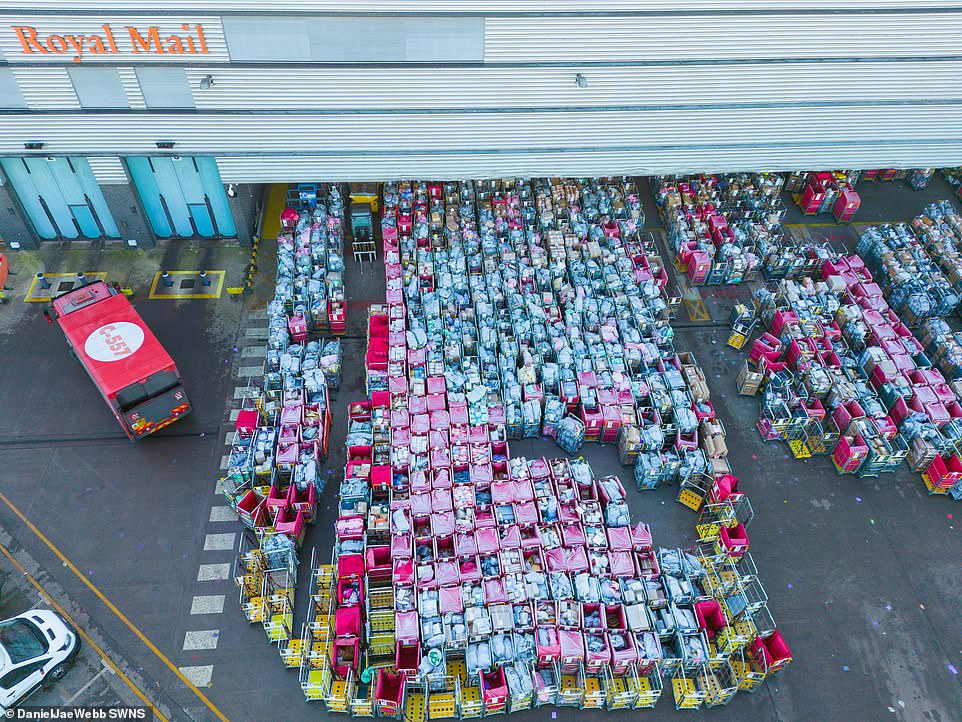 The Royal Mail insists the scenes are ‘typical for this time of year’, but the CWU have said recent scenes at mail centres are ‘highly unusual’ and ‘chaotic’.

While Andrew Goodacre, the chair of British Independent Retailers Association (Bira), told the BBC that customers should go and shop in person if they want to ensure gifts are delivered on time.

He said: ‘To ensure you get your Christmas gifts on time, we are advising people to go into shops.

‘We would always say that anyway as we’d always promote a healthy vibrant High Street, but when there’s so much disruption, not just with postal strikes, but rail strikes too, if customers want certainty on Christmas orders, best to order online, and collect in store.’

He warned that small retailers may be relying on footfall more than ever, as they are likely to be more dependent on Royal Mail to make deliveries. 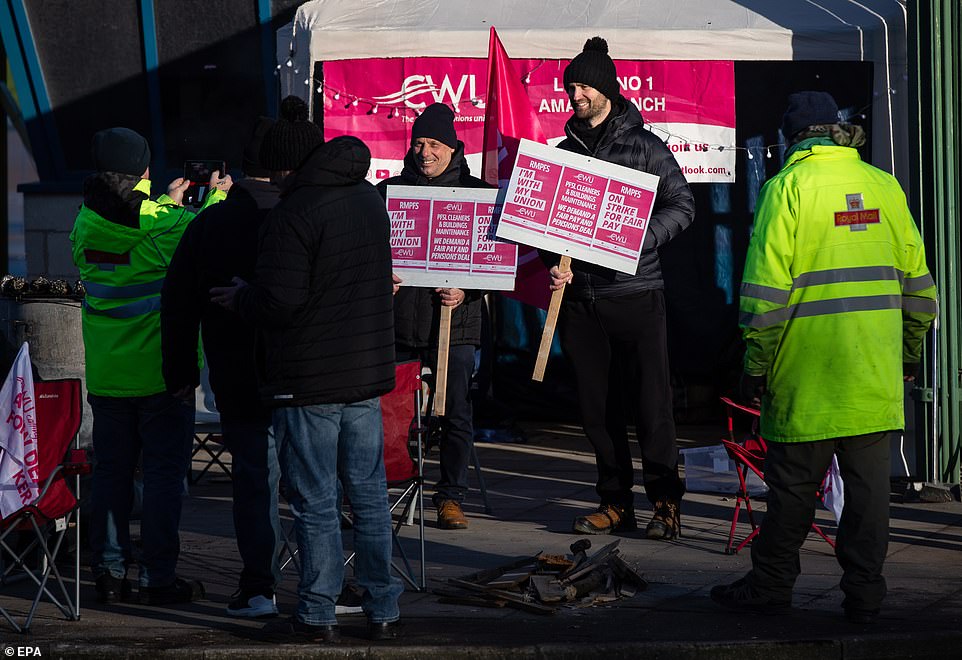 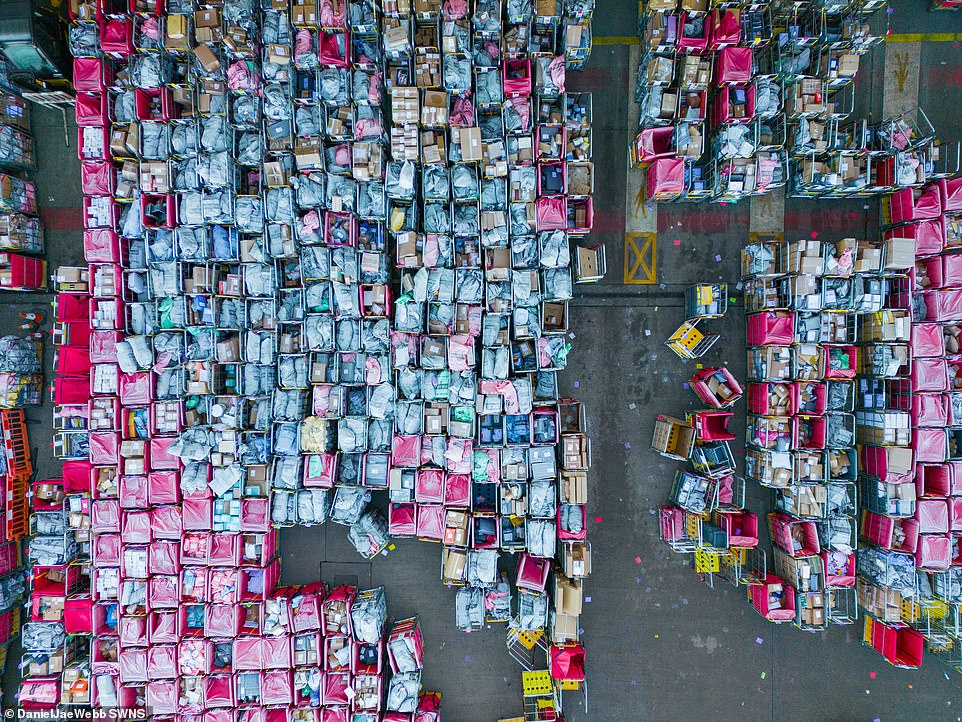 The Royal Mail insists the scenes are ‘typical for this time of year’, but the CWU have said recent scenes at mail centres are ‘highly unusual’ and ‘chaotic’

Andy Furey, acting deputy general secretary of Communication Workers Union (CWU), which has been representing the thousands of posties going on strike in the last four months, said there are plans to ballot members well into the new year for more industrial action.

He said CWU’s recent offer to Royal Mail this week was ‘thrown back in our face’ and there are ‘no further talks planned at this stage’.

His comments came as hundreds of CWU members and several MSPs descended on Holyrood on Thursday to demand Nicola Sturgeon supports their ongoing fight for a new deal.

They joined more than 100,000 posties who are out on strike across the UK on Thursday in the 16th day of industrial action by Royal Mail workers since August. 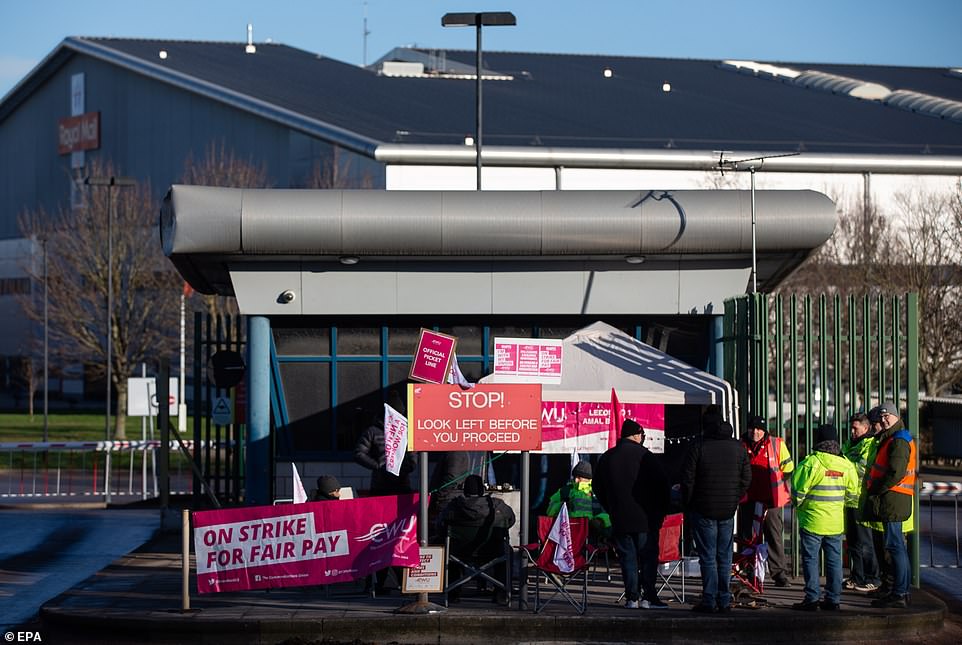 Speaking at the event, Mr Furey said: ‘Unfortunately I don’t believe there will be a resolution before Christmas.

‘But it’s not just a dispute around Christmas. We will be disputing into the new year, unless Royal Mail sees sense.

Mr Furey said the union wants to ensure the universal service obligation is protected, which recognises Royal Mail as the designated provider of the universal postal service in the UK six days a week, with one price for anywhere and to 30 million UK addresses.

‘We are also protesting the attacks on jobs,’ he said.

‘Royal Mail want to make many of our members compulsory redundant.

‘They want to make at least 10,000 job losses, we reckon it’s probably double that, and we are after a better pay deal.’