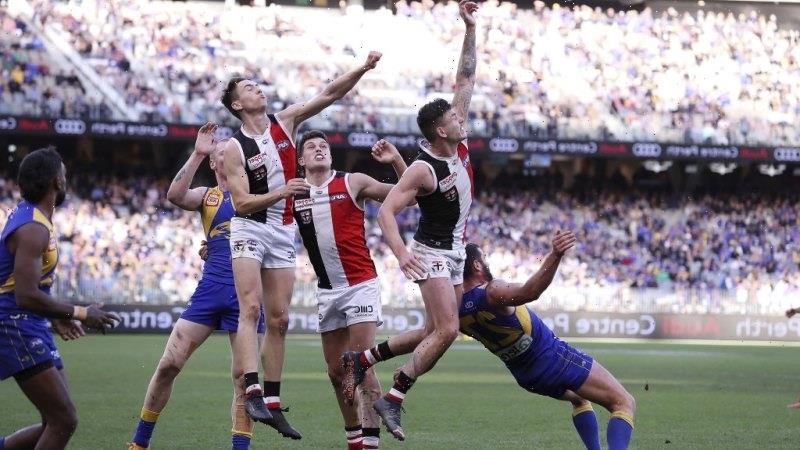 St Kilda coach Brett Ratten has expressed concern over the Optus Stadium turf, saying the venue should think twice before attempting to cram in too many sporting events.

Ratten held some fears for his players’ safety heading into Sunday’s AFL clash with West Coast after heavy rain and two exhibition soccer matches left parts of the turf unstable. 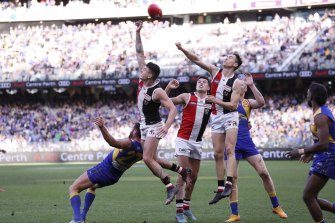 St Kilda coach Brett Ratten has expressed concern over the Optus Stadium turf, saying the venue should think twice before attempting to cram in too many sporting events.Credit:Photo by Will Russell/AFL Photos via Getty Images

It meant ground staff had less than 20 hours to repair the soggy surface ahead of Sunday’s AFL match, with heavy rain on Saturday damaging their cause.

Players from both West Coast and St Kilda slipped regularly on certain parts of the ground on Sunday, but none of the tumbles resulted in injuries.

The Saints won the match by 28 points, with West Coast players conceding a number of goals in the final term due to slips.

Ratten used the example of former Blue Luke O’Sullivan – who sued both Carlton and the AFL for a knee injury he suffered at Waverley Park – as an example of what could eventuate if a venue’s surface became unsafe.

“I wouldn’t like a player to get a long-term injury that affected them to never play the game again, or something like that,” Ratten said.

“That is the worrying concern. If something did happen, would a player sue the ground?

“It happened in my time as a player. Luke O’Sullivan at the Blues sued.

“So that is something they may need to consider when scheduling. It is a risk. The game is a risk anyway, but you’d hate to see something happen because of maybe the surface.” 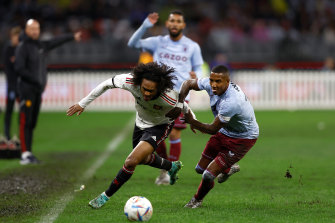 Ratten said he knew “straight away” the Optus Stadium surface could pose a danger on Sunday.

“We all went out before the game to have a look at it,” he said.

“It felt shifting under foot.

“It was more of a mindset as a player and how you go about things. How you run flat out at the ball, can you twist and turn?

“The game wasn’t going to be called off; we were going to play, so we had to just adapt to it.”

West Coast coach Adam Simpson said given his team’s lowly position on the ladder, he wasn’t too worried about the slippery conditions.

Optus Stadium will be on the national stage on Friday night when Fremantle host Melbourne in an AFL blockbuster.