Oprah Winfrey is opening up about menopause and the stigma associated with women getting older.

The media mogul, 68, sits down alongside Maria Shriver on an episode of Paramount Plus’ The Checkup With Dr. David Agus and discusses the need for normalizing menopause.

In PEOPLE’s exclusive clip, Shriver, 67, explains that women should feel empowered to talk about the natural change that their bodies go through.

“I think just having women re-marketing menopause as not something to fear, not something that makes you crazy,” she says. “There’s that whole thing out there in the zeitgeist [that] women who are in menopause are crazy and then women are crazy in general. So think for women to kind of push up against that and therefore the stigma will go away if women feel empowered and feel like there’s not something wrong with them if they talk about these issues they’re going through.”

“Especially for Black women,” Winfrey adds. “I know we have been known for bearing a lot and being the strong ones and keep moving no matter what.”

RELATED: Ashton Kutcher Gets Emotional Talking About His Twin Brother’s Near Death Experience 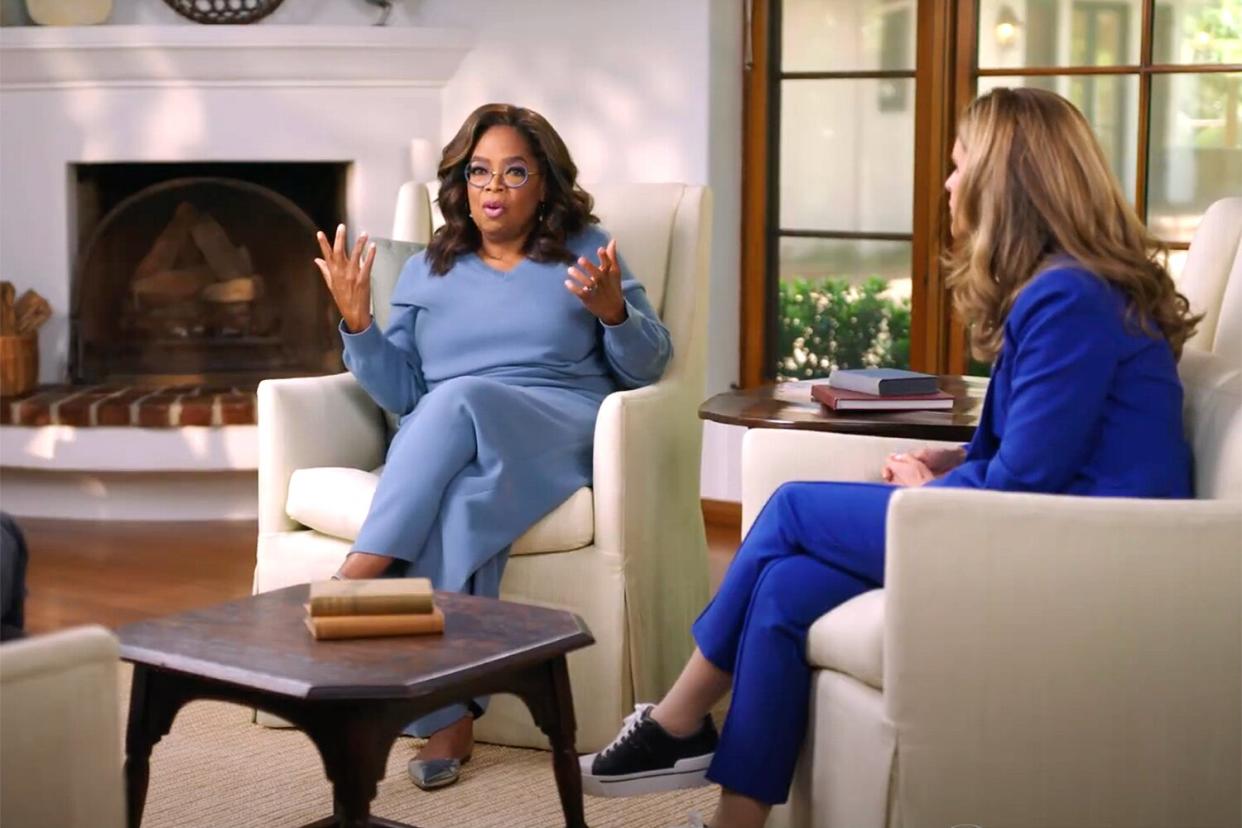 RELATED: Celebrities Who Got Real About Their Experiences with Menopause

Agus then mentioned Winfrey previously going to a doctor for heart palpitations and having a catheter put “through her artery into her heart,” noting that it could’ve caused serious health problems when the palpitations were a symptom of menopause.

“When I went back to [my doctor] and said, ‘You know this was menopause,’ she said, ‘Well, you’re Oprah Winfrey. I wasn’t gonna have you die on me.”

Additionally in the episode, Shriver and Winfrey discuss living in a culture that is centered around anti-aging, and what it means to get older after menopause.

“That you should be fighting it and resisting it with everything that you have, which is kind of ridiculous because in the end, aging is gonna win,” she says.

Never miss a story — sign up for PEOPLE‘s free daily newsletter to stay up-to-date on the best of what PEOPLE has to offer, from juicy celebrity news to compelling human interest stories.

Dr. David Agus — a cancer specialist and CBS News medical contributor — leads the show discussing tough medical issues with the stars and delving into how these issues have impacted their lives as well as the lives of their family members.

“These artists were willing to take us deep into their own health stories, often for the first time in such a revealing way,” Agus said. “Their stories are captivating and scary, though ultimately uplifting and inspiring.

Oprah’s episode on The Checkup With Dr. David Agus will premiere on Paramount Plus.