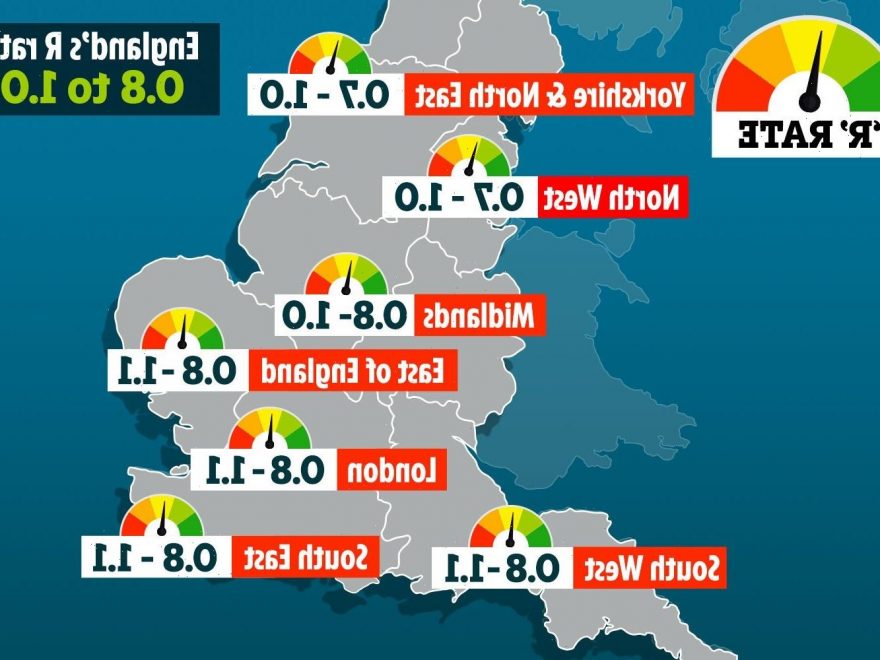 THE official coronavirus R rate has fallen in England.

Government advisers on Sage say the value now sits between 0.8 and 1. 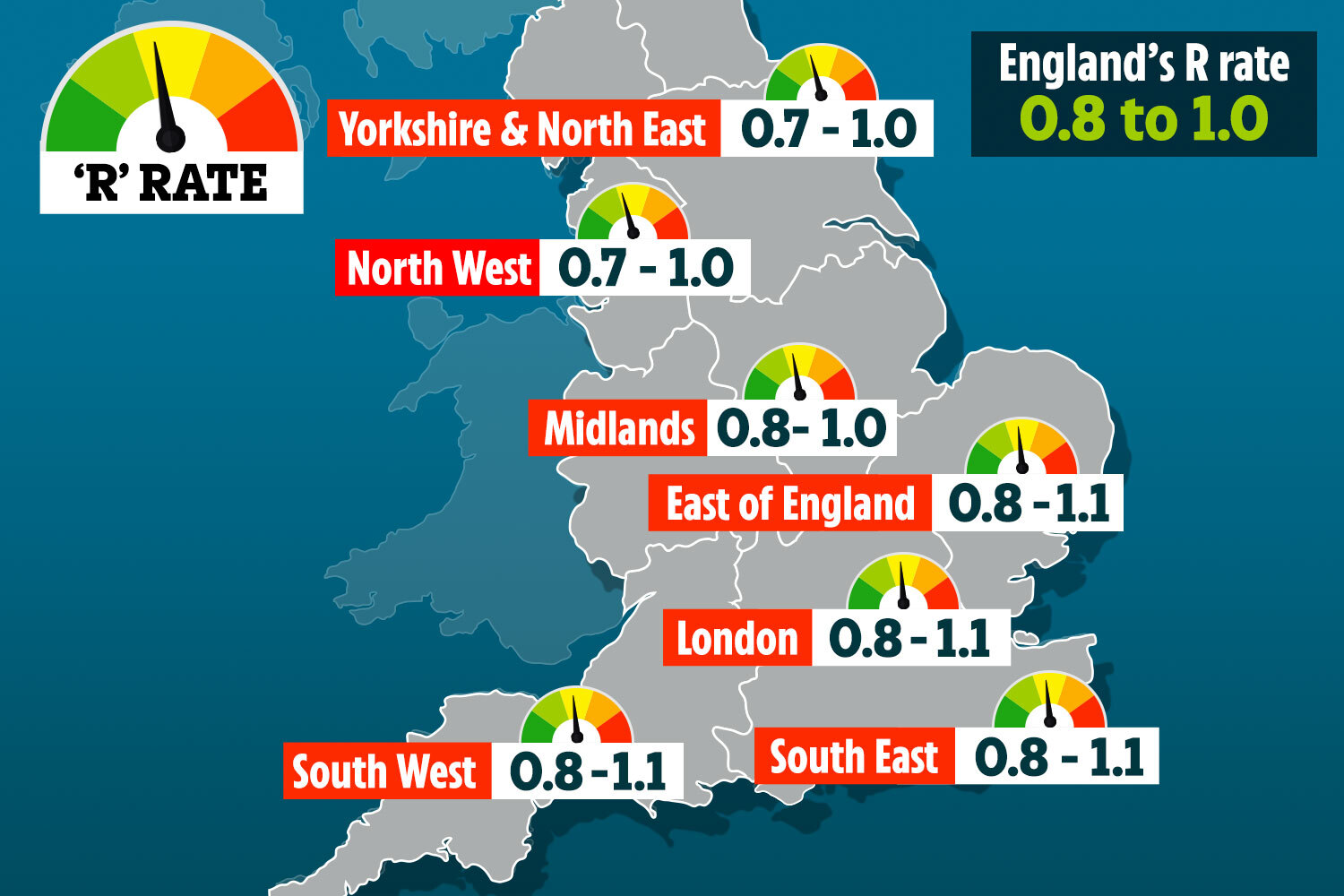 But it could be as high as 1.1 in parts of England.

Last week Sage gave the nationwide figure of 0.8 and 1.1, suggesting the outbreak was worsening.

However, it appears to have come back down again, although is still teetering on the critical level 1.

The R rate in England has remained relatively constant since February 5, having peaked on January 15 at between 1.2 and 1.3.

For the last few weeks Sage has been unable to give a rate for the UK as a whole. When cases are so low, the R rate is a less reliable indication of the spread of infections.

It comes as a study has revealed the number of Covid infections have dropped to the lowest levels in eight months in England and Wales.

The Office for National Statistics (ONS) estimates that around one in 1,180 people in England had Covid in the two weeks to May 2.

During the same period, one in 2,070 people in Wales had Covid.

Both figures are the lowest since the week to September 5, before the second wave started. 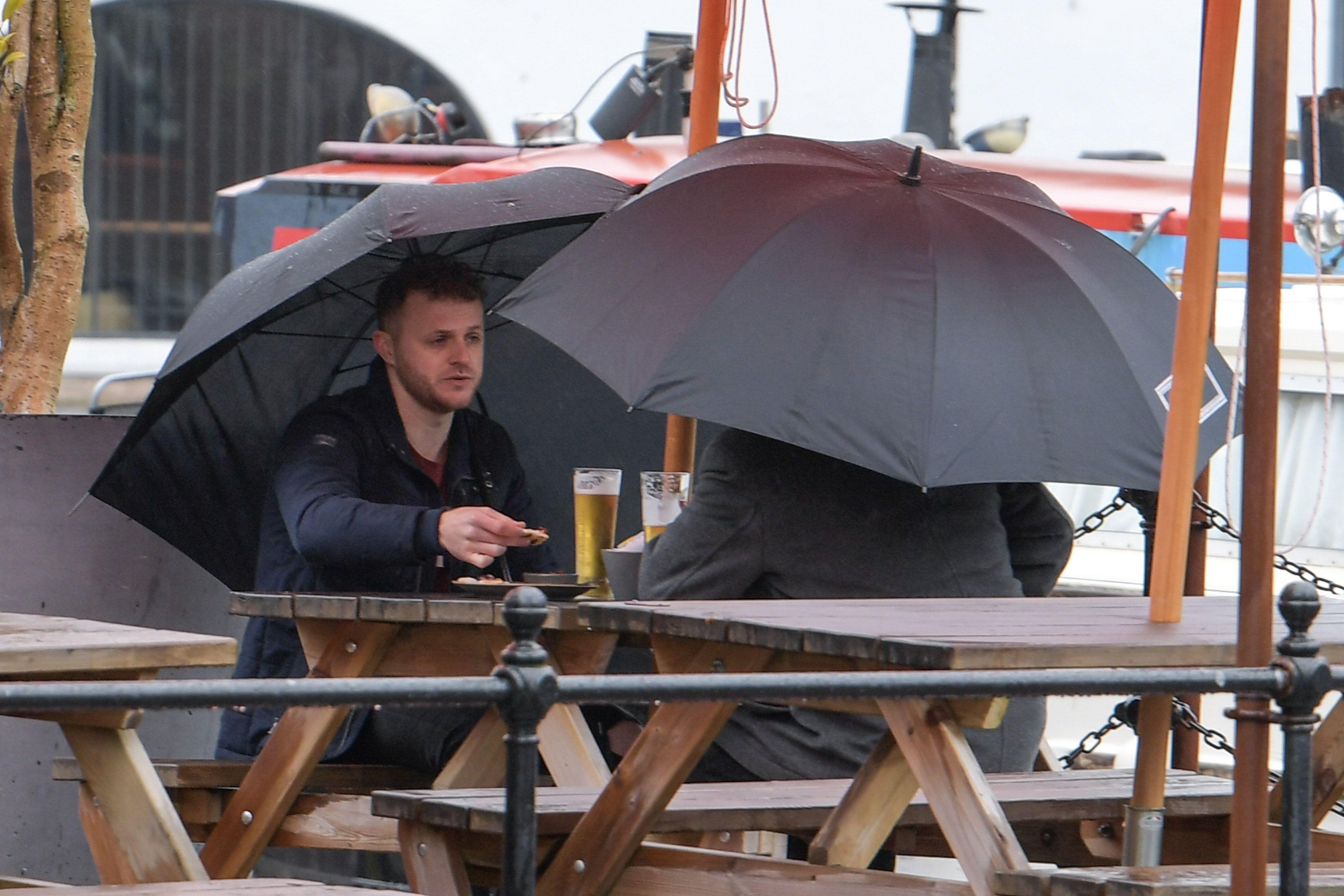 The R rate represents how many people one Covid patient passes the virus to.

For example if it was 6, it would mean every 10 infected people would cause another 60 cases.

Because the R rate for England is hovering at 1, it suggests the outbreak is at risk of growing again.

The East of England, London, South East and South West have the highest R rate of 0.8 to 1.1

The lowest is in the North West and North East and Yorkshire, where it is 0.7 to 1.

The growth rate estimated by Sage is between -3% and 0%, which means the number of new infections is shrinking by between 0% and 3% every day.

Meanwhile, the ONS data reveals the percentage of people testing positive for coronavirus is estimated to have decreased in most regions of England.

The trend is uncertain in Yorkshire and the Humber, eastern England and London.

Around one in 470 people in Yorkshire and the Humber are estimated to have had Covid in the week to May 2 – the highest of any region.

For context, it compares to one in 30 in London in the January peak.

South West England had the lowest estimate in this week’s ONS report: around one in 6,410.

It is unclear why the R rate estimates are highest in the South West where cases are estimated to be lowest. 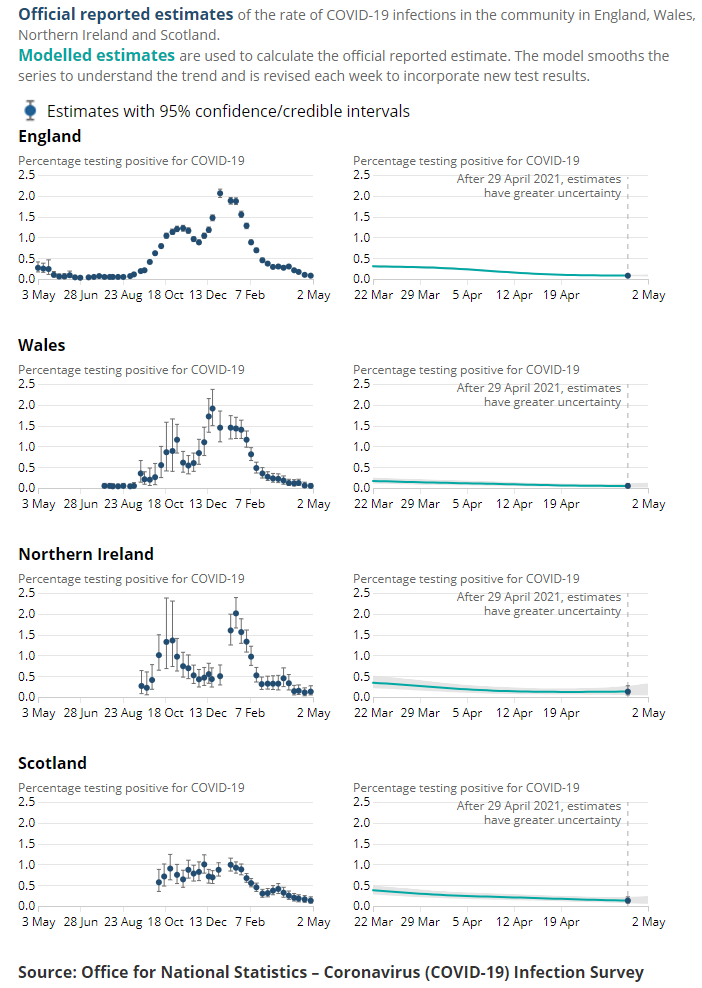 In Northern Ireland, the estimate is around one in 750 people, up from one in 940 in the previous week.

The ONS said the trend in Northern Ireland over the two most recent weeks has “remained level”.

The figures relate to people living in private homes and not care homes or prisons, for example.