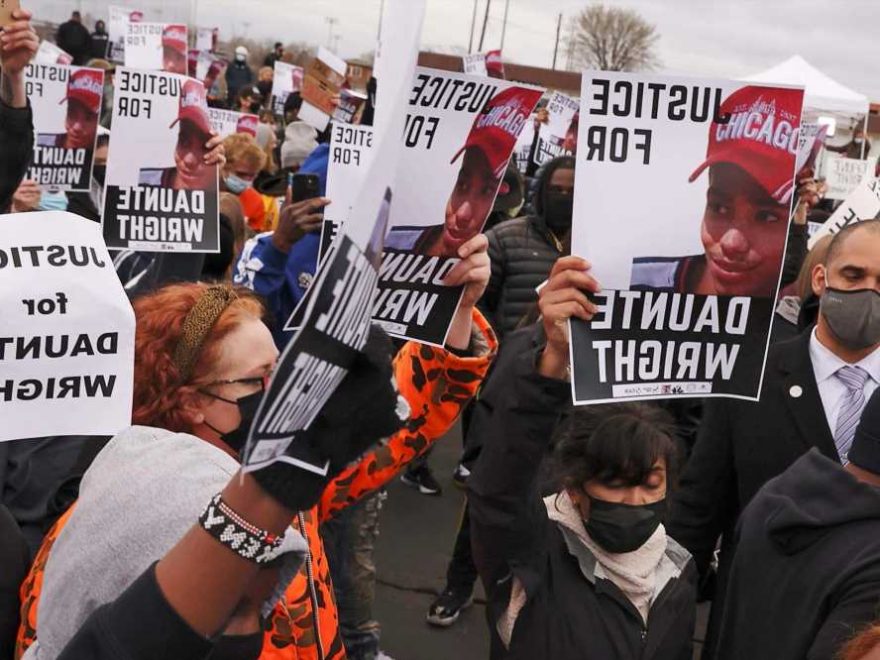 Biden: Daunte Wright protesters have no justification for looting

Taser vs. gun: How do Brooklyn Center cops wear their weapons?

The Minnesota police officer who fatally shot a black man during a Sunday traffic stop has reportedly been identified as 25-year veteran Kimberly Potter.

Potter acquired her Minnesota police officer’s license in 1995 and the age of 22 and began working for the Brooklyn Center Police Department shortly after, according to state records reviewed by the newspaper.

During her career, she has served on the department’s negotiation team, the report said.

Potter has been placed on administrative leave following the fatal shooting of 20-year-old Daunte Wright.

Brooklyn Center Police Chief Time Gannon has said the officer mistook her gun for a Taser.

Police bodycam footage released Monday shows the officer yelling “Taser! Taser!” as others struggled with Wright in his car.

The video shows Wright stepping out of his car, then leaping back behind the wheel and driving off.

“Holy s–t,” the officer is heard saying on the video. “I just shot him!”

Potter is married to a former police officer. She has two adult sons, according to the Tribune.

In August 2019, she was one the first responding officers to the police shooting of Kobe Dimock-Heisler, the report said.

Two officers involved in the shooting were told by Potter to “to exit the residence, get into separate squad cars, turn off their body worn cameras, and to not talk to each other,” according to a Hennepin County Attorney’s Office investigative report.