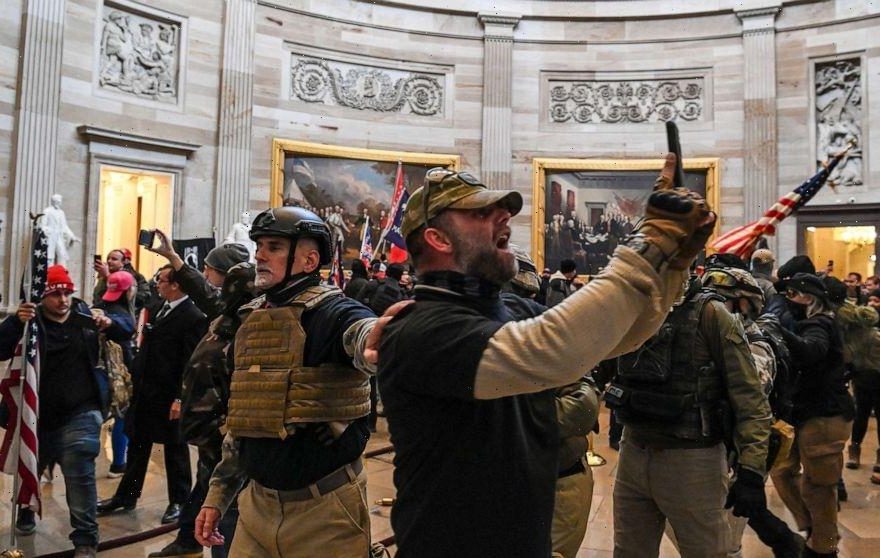 A member of the Oath Keepers charged in the Justice Department’s sprawling conspiracy case targeting the group for its alleged coordination during the Jan. 6 insurrection pleaded guilty Wednesday to two counts of conspiracy and obstruction of an official proceeding for his participation in the Capitol riot with other members of the far-right militia group.

Graydon Young of Florida was among the first members of the Oath Keepers charged following the insurrection and was accused of being part of that military-style “stack” formation the militia members formed as they walked up the Capitol steps before breaching the building.

According to D.C. District Judge Amit Mehta, Young’s deal with the government includes a promise to provide cooperation in the government’s conspiracy case against 15 fellow members of the Oath Keepers, including testimony before a grand jury and at trial, in addition to an agreement to sit for interviews with law enforcement in their investigation into the group’s activities.

Judge Mehta told Young during the hearing that the estimated sentencing guidelines for his plea range from 63 to 78 months in prison, but that those figures don’t include any potential reductions he could get if the government were to recommend a lighter sentence following his cooperation.

Young is the first Oath Keeper to plead guilty of the 16 charged in what is so far the most extensive conspiracy case brought by the Justice Department in relation to the Jan. 6 insurrection. In April, Oath Keeper and heavy metal guitarist Jon Schaffer pleaded guilty for his participation in the Capitol riot, but was not charged as part of the government’s broader conspiracy case.

Young, 54, previously served in the U.S. Army Reserve and U.S. Navy Reserve. Prosecutors say he appears to have first expressed interest in joining the Oath Keepers in early December of last year when he allegedly emailed the Florida chapter of the militia group a membership application.

Later that month, according to charging documents, Young emailed a Florida company that conducts firearms and combat training, and expressed interest in scheduling a rifle training session for himself and other members of the group.

Prosecutors say that after arriving in D.C., Young and others “prepared themselves for battle before heading to the Capitol by equipping themselves with communication devices and donning reinforced vests, helmets and goggles.”

In a separate case, accused Capitol rioter Robert Reeder on Wednesday pleaded guilty to one misdemeanor charge as part of an agreement with the government. Reeder, 55, pleaded guilty to one charge of parading, demonstrating, or picketing in a capitol building, which carries a maximum sentence of six months in prison.

Reeder, who said during the hearing that he was “very appreciative” that he was offered a plea deal, will be sentenced on August 18.