London: A British nurse was charged Wednesday, local time, with murdering eight babies and trying to kill another 10 at a hospital in northwest England.

Cheshire Police said Lucy Letby, 30, was charged following an investigation into deaths at the neonatal unit of the Countess of Chester Hospital, south of Liverpool.

The police said the nurse faced eight charges of murder and 10 charges of attempted murder relating to the period between June 2015 and June 2016. 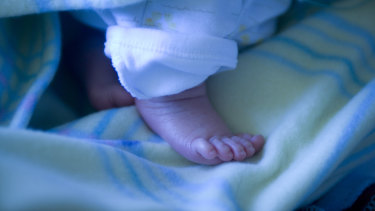 The nurse is under suspicion in the death of a number of babies.Credit:Nicolas Walker

Police launched an investigation into the deaths of a number of babies at the hospital in May 2017. Letby was arrested Tuesday for the third time in connection with the deaths. She was previously arrested in 2018 and 2019 and each time bailed pending further enquiries, without being charged.

Police said Letby was being held in custody and would appear in court on Thursday.

On Tuesday, Detective Chief Inspector Paul Hughes said a team of detectives has been working on the “highly complex and very sensitive case” and said he could not provide further details.

“Parents of all the babies have been kept fully updated on this latest development,” he said in a statement.

Lawyers representing some of the families said they welcomed any update to the investigation, but added that their clients have been waiting over three years for answers.

“While we respect the police investigation and their diligence we would very much like our clients to get justice in this case,” said Emma Doughty, clinical negligence specialist at the law firm Slater and Gordon.

“Not only have they lost their babies, but they have then had to deal with numerous investigations, and then subsequent arrests, all the while not knowing what really happened to their babies."