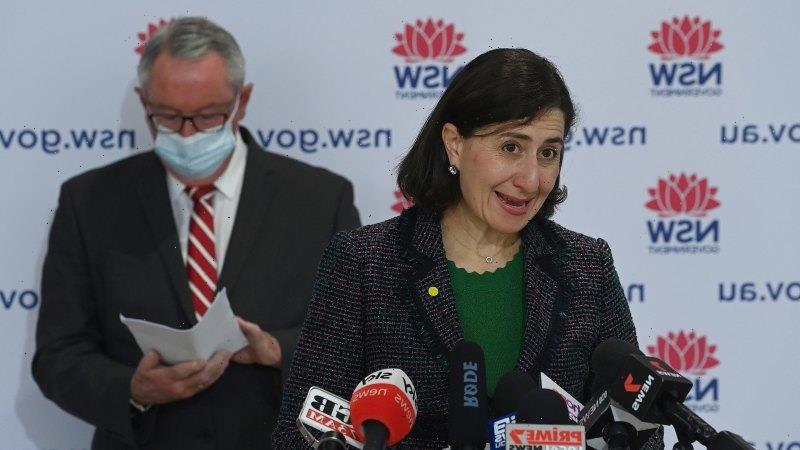 The Premier said the vaccination uptake would allow the lifting of exercise restrictions for people who live in the 12 local government areas of concern in Sydney’s south and west. However, the 9pm to 5am curfew in these areas will remain in place. 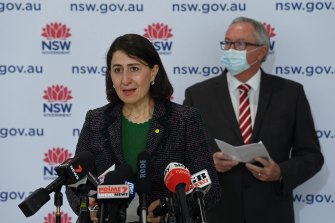 The Thursday morning briefing also outlined a decline in daily cases in western NSW: there were 23 in Western NSW Local Health District and five in the Far West district reported on Thursday. However, numbers in the Illawarra region are up, with 15 in the Wollongong local government area and seven in Shellharbour.

NSW Chief Health Officer Kerry Chant said authorities were concerned by the spread of COVID-19 on the Central Coast, following seven new cases reported in the area to 8pm on Wednesday, all who had been infectious in the community. Three of the cases were linked to a previously notified case.

The Sydney suburbs most concerning authorities at the moment are Auburn, Guildford, Merrylands, Greenacre, Punchbowl, Blacktown and Liverpool.

Two of the seven deaths recorded since yesterday’s update acquired their infection within a public hospital:

Up to 957 patients are being treated for COVID-19 in NSW hospitals, with 160 cases in ICU. The number of patients admitted to hospital with COVID-19 has jumped 42 per cent in the week ending Wednesday, as NSW continues to record daily case numbers above 1000.

Infected patients are spread across 35 of the state’s hospitals and more than 1400 healthcare workers are now in isolation.

On Wednesday night, it was reported a Sydney COVID-19 patient had been treated in hospital for an overdose of the drug Ivermectin and other underground bogus virus “cures” ordered online.

The person is now recovering at home after presenting to Westmead Hospital’s emergency department with vomiting and diarrhoea caused by the drug, according to the Western Sydney Local Health district.

“There’s no evidence to support the use of ivermectin to treat COVID-19. Don’t look for magic cures online, and don’t rely on what’s being peddled on the internet because none of them work.”

Authorities have reported a tenfold increase in Australians importing the drug, which is approved as a treatment for roundworm infections, scabies and inflammatory rosacea.

The unproven treatment for COVID-19 has often been touted as a cure by anti-vaxxers and conspiracy theorists in online forums.

“The school is seeking information from NSW Health, and we will keep you updated on this matter as further developments occur,” the school said in an email to parents.

Fort Street Public School and La Perouse Public School will also be closed, NSW Education announced on Wednesday, after cases were detected in their respective communities.

Meanwhile, there were 176 new cases reported in Victoria on Thursday, including 90 with no known source.

Queensland health authorities remain on alert after two truck drivers who had recently been in NSW tested positive to COVID-19.