A motorist has been captured driving with a huge trampoline on top of their roof.

The hilarious photo was shared to the New South Wales Police Facebook on Sunday with the caption ‘Loadfail’.

The photo sent Facebook into a frenzy receiving more than 2,000 comments, with many saying they were impressed the driver was able to balance the trampoline. 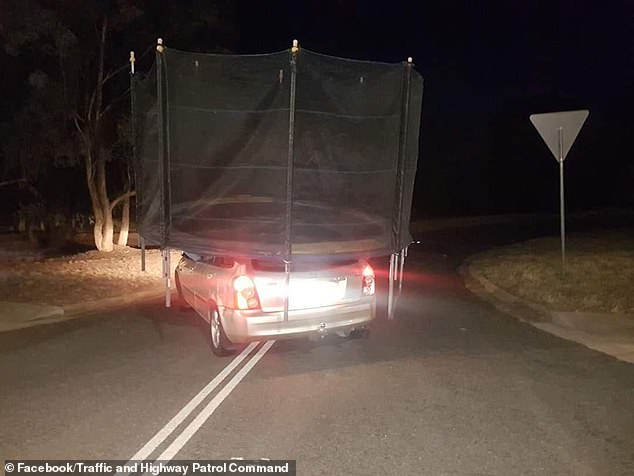 ‘The cops would have jumped all over this and bounced the driver for sure,’ one person commented.

‘I am not mad, I am actually impressed,’ another wrote.

‘I mean… props to them for getting it to stay on there,’ someone said.

‘I feel the pain of having to take that thing apart he should be let go on that point.’

But others slammed the motorist for dangerous driving.

‘Reckless, dangerous, utter nuisance and hazard to all drivers worldwide,’ one person wrote.

‘Just when you think you’ve seen the dumbest thing ever… someone tops it,’ another commented.