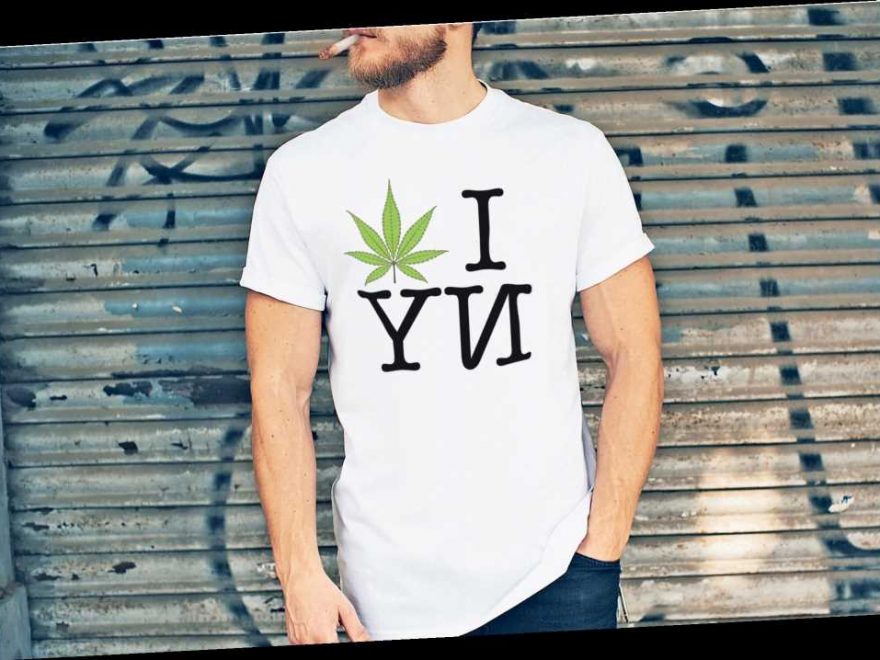 For those who grew up in the age of marijuana prohibition, New York’s newly legal status may take some adjustment. After decades of arrests, code words, smuggling and fear, cannabis possession suddenly became allowed — by everyone 21 or older — with the stroke of a pen.

What comes next? It won’t be what you expect. Eight years ago, when my home state of Washington legalized, I feared the worst. Drivers stoned, kids dazed and confused, my city enveloped in a cloud of funk.

It didn’t happen. Life went on largely as before, with a few minor changes. After living in a legal state and covering the rollout of legalization in more than a dozen others, I can assure you that the pillars of society are not about to crumble. But there are some quirky things that happen in nearly every newly legal state. Here are eight things that are almost guaranteed to happen in New York.

Stoned driving may, or may not, increase

So far, studies on legalization and stoned driving have had mixed results. Two early studies found no significant change in roadway deaths after legalization in Colorado and Washington; a third reported a small increase in overall crash rates. Another study found a slight increase in traffic deaths in four early legalized states compared to non-legal states. A comparison of alcohol and cannabis found that drunk drivers were 18 times more likely to cause a fatal crash than sober drivers, while stoned drivers were two times more likely. And two separate studies found California’s legalization of medical marijuana was linked to a decrease in motor vehicle fatalities. Cannabis use clearly affects driving ability, but so far it hasn’t become a major issue — perhaps because most consumption still happens at home.

Tax revenue will disappoint early, then hit its target

Gov. Cuomo is expecting $350 million in cannabis tax revenue in the first year of legal stores. That ain’t gonna happen. It takes years to get every store licensed and open, and more time for illicit buyers to migrate over to the legal market. New York should sell about $3.5 billion in cannabis at the five-year mark, which would bring in roughly $450 in annual tax revenue. But that doesn’t happen in year one. Look for first-year tax revenue closer to $40 to $80 million.

Cannabis may be legal statewide, but the new law includes a local option that allows town councils to prohibit marijuana businesses. Many will, under the guise of “keeping it out of our town.” Guess what: It’s already there. These local bans function as a stimulus package for the town’s back-alley weed dealers — who don’t check IDs at the door.

Stores near the state line will thrive

It happens every time: Stores near the border with an illegal state do a booming business. People generally like to follow the law, and illicit sellers can’t match the selection and quality in a legal store. In Washington state, shops near the border with (very illegal) Idaho thrive on out-of-state traffic. Look for stores in southern New York to do the same. Corbettsville, Waverly, Elmira, and Findley Lake: This is your moment.

Say goodbye to a staple of the NYPD’s local precinct Twitter feed: the “big weed bust” selfie. The average marijuana arrest costs $4,390 in taxpayer money. As recently as 2017, police statewide made more than 24,000 arrests for possession alone. That’s more than $100 million wasted every year. Three-quarters of those arrests were made in New York City. Legalization just saved the city $75 million in budget money that can now go toward fighting actual crime.

Teen use will trend slightly downward

This was a scary unknown when Colorado and Washington legalized in 2012. Since then, the data on legalization and underage use have been encouraging. A December 2020 study in the Journal of Adolescent Health found no evidence that recreational marijuana legalization was associated with increased use among adolescents. Instead, frequency of use declined 16 percent among those who reported consuming in the past month. One year earlier, JAMA Pediatrics found that “marijuana use among youth may actually decline after legalization for recreational purposes.” The reason: Street dealers were replaced by licensed stores that required proof of age.

One of the most surprising research findings has been the effect of licensed cannabis stores on surrounding property values. Many assume a weed store will drag down the neighborhood. More often, the opposite happens. A 2016 economic study found that homes near legal stores rose in value 6 percent faster than comparable homes in towns that banned legal stores. These stores tend to be zoned in less-desirable districts, where the addition of a clean, new, brightly lit and briskly trafficked retail storefront can act as an anchor tenant in a rising business district.

Legalization will be declared a failure

The illegal marijuana market won’t be wiped out overnight. Or even in the first year. It takes time. Some people actually like their weed dealer. Local cannabis store bans will prop up the illegal market long past its sell-by date. Some will present this as evidence of legalization’s failure. In 2018, I heard policy wonks declare Canadian legalization a failure three weeks after it began. Eventually most people will tire of buying mystery schwag in plastic baggies. They’ll walk into a licensed retail store, pop their eyes at the quality and selection, and stop responding to their weed dealer’s texts. That’s how legalization succeeds.

Bruce Barcott is a senior editor at Leafly and the author of “Weed the People: The Future of Legal Marijuana in America.”