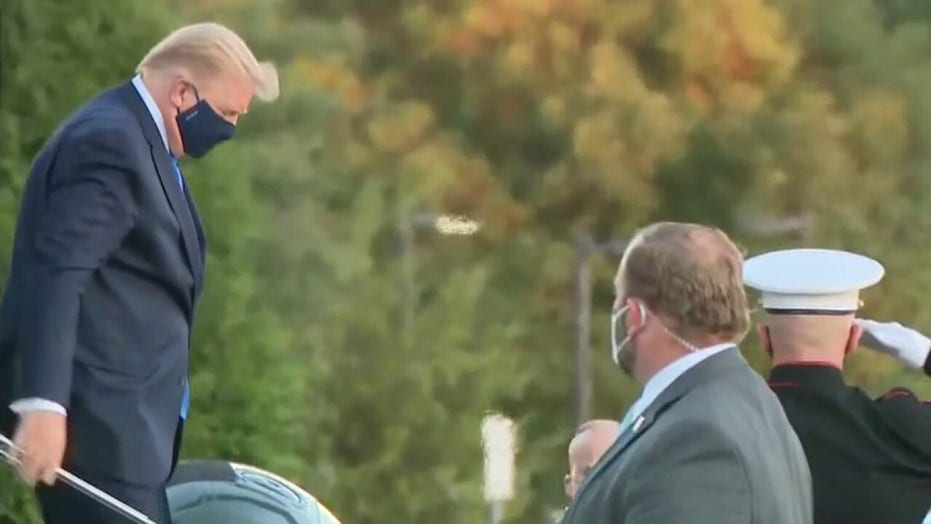 President Trump touches down at Walter Reed after COVID diagnosis

North Korean dictator Kim Jong Un offered his sympathy and support on Friday to the president and first lady after each tested positive for the coronavirus.

A news release from the state-run outlet KCNA said Kim "sincerely hoped that they would be recovered as soon as possible. He hoped they will surely overcome it. He sent warm greetings to them."

On Friday afternoon, the White House announced that the president would be transferred to Walter Reed Medical Center in Washington, D.C. "out of an abundance of caution." Earlier in the day, White House Press Secretary Kayleigh McEnany claimed he was experiencing "mild" symptoms of the virus, which has impacted people with varying severity.

“I want to thank everybody for the tremendous support,” Trump said in a video posted to Twitter. “I am going to Walter Reed Hospital. I think I’m doing very well, but we’re going to make sure that things work out."

Trump's diagnosis came just weeks before a presidential election which will likely have significant impacts on U.S. diplomacy, including towards North Korea.

While Trump and Kim have sparred in public, they reportedly have a friendlier private relationship. In March, Trump sent Kim a personal letter offering him help on the coronavirus pandemic.