A North Carolina woman died Saturday after she accidentally shot herself in the stomach while inside a Ruby Tuesday restaurant, reports said.

Madison Moore, 28, reportedly fired one shot into her abdomen and was declared dead at a nearby hospital, The State reported. Authorities in Kannapolis are investigating the shooting, but announced on Twitter that it was an “accidental death.” 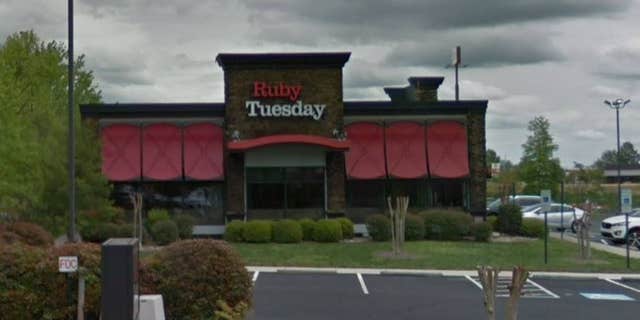 Authorities are investigating a shooting at a North Carolina Ruby Tuesday.
(Google Maps)

The gun was reportedly registered to the woman. The report said it is unclear if Moore was a customer or employee at the restaurant.